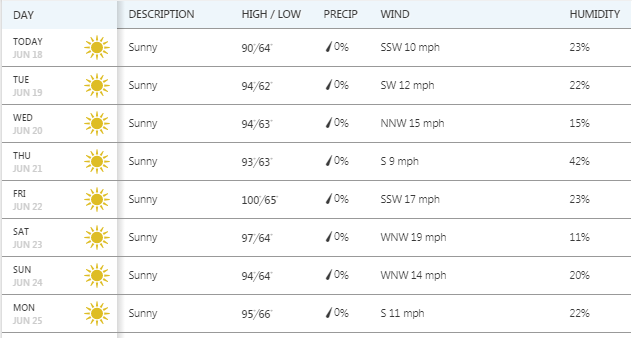 and in TENT CITY near Tornillo, TX... 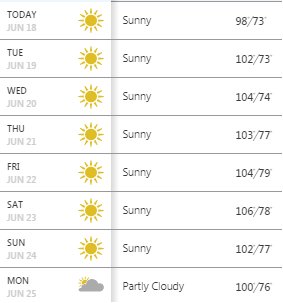 Separation of Family and Child 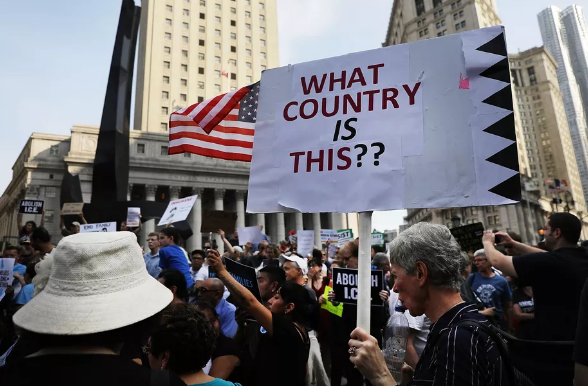 People took to the streets this weekend to protest the President's  ZERO TOLERANCE POLICY.

Aimed at prosecuting those individuals entering the United States illegally, the policy has the effect of separating parents from their children when entering the country together, because parents are referred for prosecution and the children are placed in the custody of a sponsor, such as a relative or foster home,or held in a shelter.

Here's the problem: It has two parts. One is that it was avoidable -  both George W. Bush and Barrack Obama circumvented this problem by never instituting a "zero tolerance policy" under the same immigration law. Secondly is Where Have All The Children Gone? This Administration, in an effort to reduce the size of government and allegedly cut spending, has paid a cost for those practices: mayhem and chaos with inexperienced,inadequate  and incompetent staffing.

To wit, an official from Health and Human Services reported to a Senate subcommittee that 1,475 unaccompanied migrant children are unaccounted for. Steven Wagner, acting assistant secretary of Administration for Children and Families for the Department of Health and Human Services (HHS), on 26 April 2018, at a Senate Homeland Security subcommittee oversight hearing,told senators: 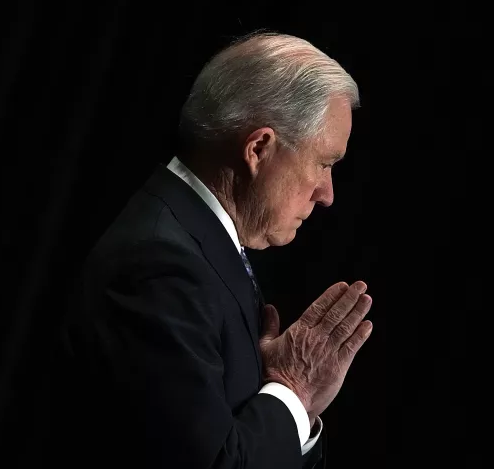 We have an Attorney General  who has consulted his Bible for guidance. On Thursday, Jeff Sessions told us that the Good Book justifies the Administration's policy of separating children from their parents:

“Persons who violate the law of our nation are subject to prosecution. I would cite you to the Apostle Paul and his clear and wise command in Romans 13 to obey the laws of the government because God has ordained them for the purpose of order,” Sessions said,  “Orderly and lawful processes are good in themselves and protect the weak and lawful.”

[Note to Diary: What happened to Separation of Church and State?] 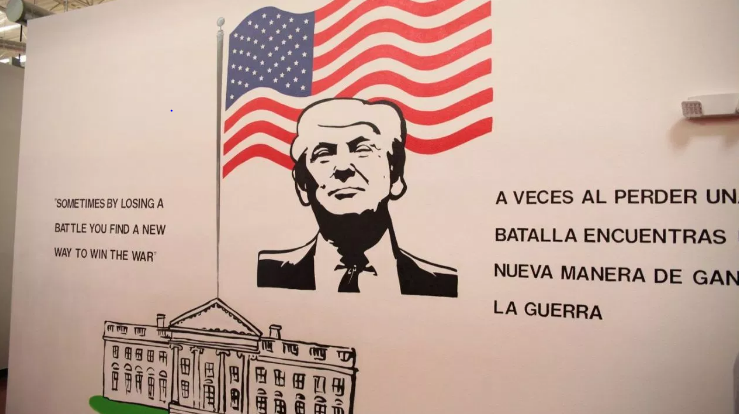 Mural on Child Detention Center Wall, El Paso. (These words are appear at the beginning of Chapter 10, The Art of the Deal)

The Word According to Trump: The White House narrative — articulated in different settings by the president, Homeland Security Secretary Kirstjen Nielsen, the AG and others — is that the fault lies with  Democrats. Without any evidence to substantiate their claim, the administration says Obama era family waivers have encouraged immigrants to fraudulently claim familial relations, and this at the root of the issue This is a bit of a stretch, and sounds like another Stephen Miller creation.

HERE IS THE TRUTH:

There is no federal law mandating children and parents be separated at the border. The policy resulting in that outcome was enacted in May 2018.

Yes, the separation policy is a direct result of Trump's decision to implement his  "zero-tolerance" policy at the border. And yet  the president and his top aides continue to insist that it is the Democratic lawmakers who are to blame.This is a falsehood, pure and simple.It's fake news from a president who has a well documented history of lying when he is in trouble.

"The United States will not be a migrant camp and it will not be a refugee holding facility ... not on my watch," Trump said at the White House Monday. "Immigration is the fault, and all the problems that we’re having because we cannot get them to sign legislation, we cannot get them even to the negotiating table, and I say it’s very strongly the Democrats' fault."

(As for "not on my watch" - we have only to look at the pending ATT/Time Warner merger to know how meaningless that type of statement is. The President promised throughout his campaign that such a merger would never go through on his watch - "too much money in too few hands." Not to put too fine a point on it, but isn't that what his so-called signature Tax Reform Bill did?)

It appears that the president has bet on the wrong horse this time. Although an astonishing 52% of Republicans continue to support both The Wall  and this separation policy, Trump has had escalating bad press as modern day barracoons and inconsolable wailing 4-year olds (Audio here) gain greater exposure and public scrutiny. In Philadelphia, immigration protestors provided Mike Pence with a chilling visual, that not everyone agrees with his Bible version of why our government is doing what it is. 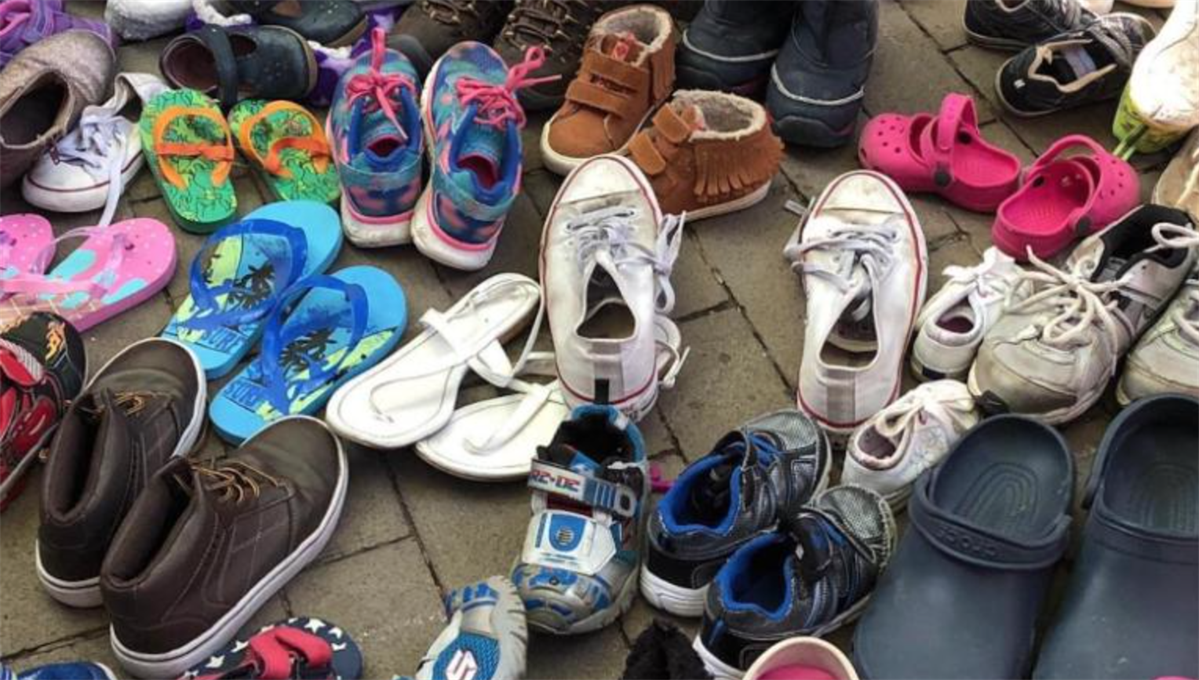 Those outside the US, who in the past have admired, supported and at various times depended on a heretofore human US immigration policy, view this new and dark chapter as a heinous abuse of human rights. 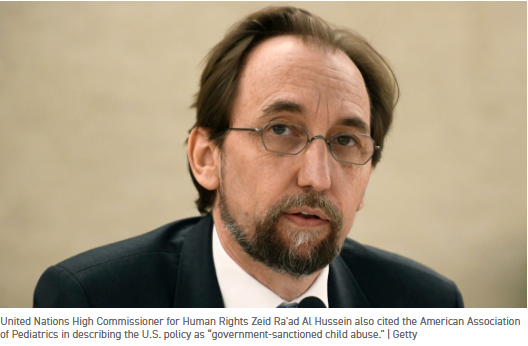 ALWAYS THE CONTRARIAN: Nikki Haley to UN: "Don't tread on me."

“We will remain a generous country, but we are also a sovereign country, with laws that decide how best to control our borders and protect our people,” Haley said in a June 5 statement. “Neither the United Nations nor anyone else will dictate how the United States upholds its borders.”

[Editor's Note: Sometimes we can learn from others. Sometimes our American exceptionalism isn't in our best interests. And sometimes, Ambassador Haley, you're...well...just  embarrassing.]

"American Association of Pediatrics has descried the practice as "government-sanctioned child abuse" which may cause "irreparable harm," with "lifelong consequences". 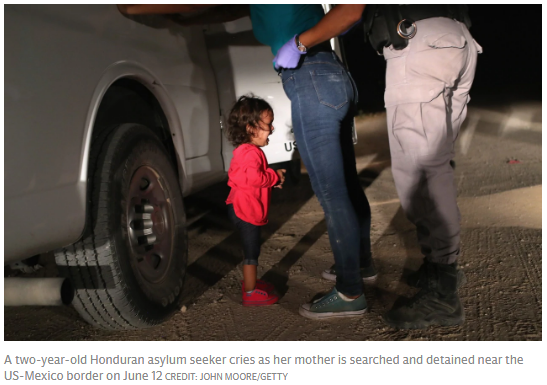 Stand with the First Ladies. In an unprecedented act of public resistance, former First Ladies Roslyn Carter, Michele Obama and Laura Bush spoke out against the president's separation policy.

Here is what Laura Bush had to say...

"I live in a border state. I appreciate the need to enforce and protect our international boundaries, but this zero-tolerance policy is cruel. It is immoral. And it breaks my heart.”

"Our government should not be in the business of warehousing children in converted box stores or making plans to place them in tent cities in the desert outside of El Paso," she continued. "These images are eerily reminiscent of the Japanese American internment camps of World War II.”

We are all in this together. 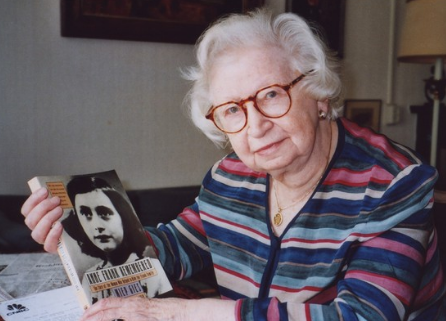 OUR HUMAN DUTY. Miep Gies is one of my heroes, but she never thought of herself that way. One afternoon in the early 1990's, I had the privilege of having tea with her in Placitas,NM.( If her name isn't familiar to you, Miep was one of the Dutch citizens who protected Anne Frank, her family, and other Jews from the Nazis during WWII. They hid in an attic above Otto Frank's factory annex and she brought them food. When the storm troopers came and arrested them, it was Miep who retrieved Anne's diary and kept it for Otto Frank, until he returned from Auschwitz.) She considered sheltering the Franks and putting her own life at risk by protecting them not as acts of heroism, but rather "human duty." When questioned further, she seemed somewhat surprised that "doing the human thing" was viewed as anything out of the ordinary.

We are no different - we can do this.  We must stop accepting violations of human rights, acts of racism and rampant inequality.

We must do the "human thing." We can drive down to the border (it is certainly closer to us than most of the rest of the country) to one of the child detention centers and volunteer to help. We can donate to organizations who are providing care and counsel to the detainees and their children.We can speak out. We can hold our elected officials accountable. And we can tap into our better selves - it's what we as Americans do in times of crisis.

Click on the organizations below to find out more: 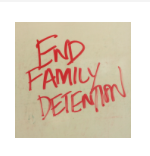 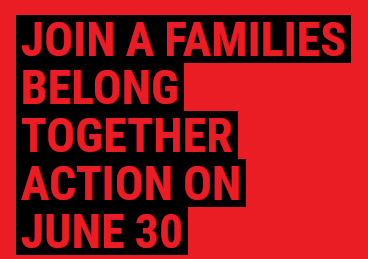 Sponsored and organized by MoveOn.org

This is not a partisan issue - this is a human issue.

Tell them: "Enough is enough."

Elected officials, representing New Mexicans in Washington DC, need to hear from us.

They are our voice and they are accountable to us. Heinrich and Udall have announced they will visit the Tortilla detention center later in the week - please support them in their efforts to reverse Trump's Zero Tolerance policy. Urge them to speak up, often and loudly. 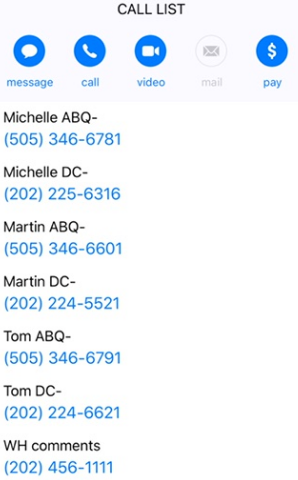 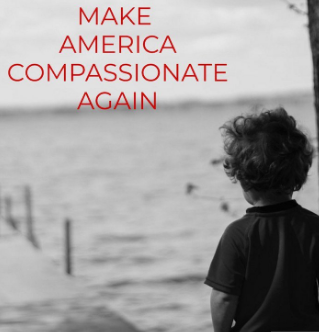