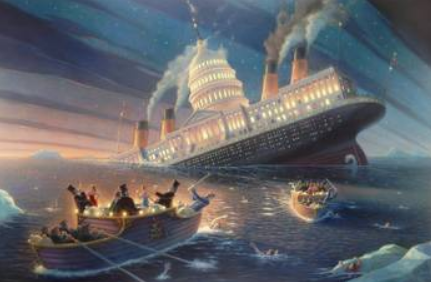 Pictured above: View from Helsinki 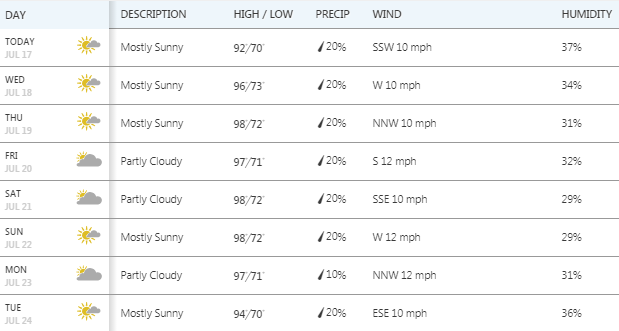 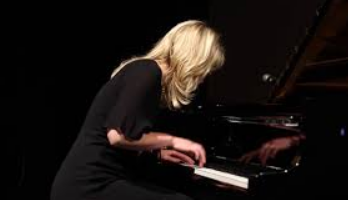 Front and Center - Heads Up, Albuquerque

"Would you be my neighbor? If so, I hope you'll mark August 12th on your calendar"

The celebration will be an opportunity for our city to:

The Week in Review

As David Frost used to say, "And what a week it was!"

The Blow of Front 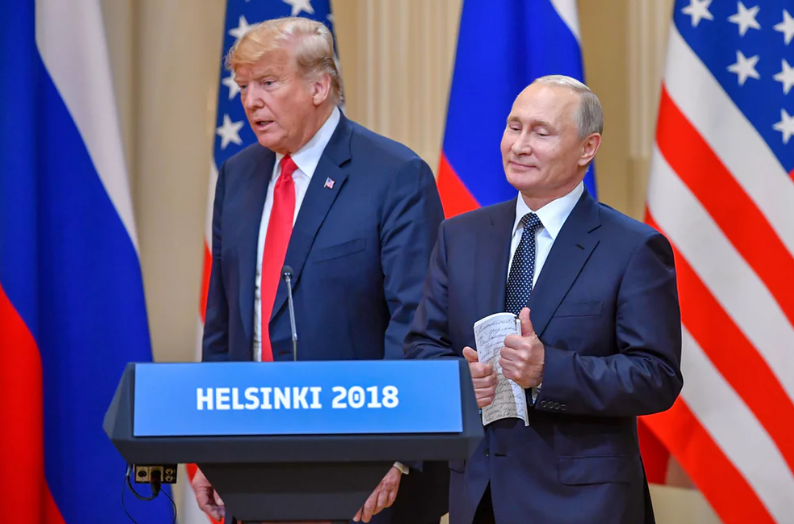 “Today’s press conference in Helsinki was one of the most disgraceful performances by an American president in memory. The damage inflicted by President Trump’s naiveté, egotism, false equivalence, and sympathy for autocrats is difficult to calculate. But it is clear that the summit in Helsinki was a tragic mistake.

“President Trump proved not only unable, but unwilling to stand up to Putin. He and Putin seemed to be speaking from the same script as the president made a conscious choice to defend a tyrant against the fair questions of a free press, and to grant Putin an uncontested platform to spew propaganda and lies to the world.

“It is tempting to describe the press conference as a pathetic rout – as an illustration of the perils of under-preparation and inexperience. But these were not the errant tweets of a novice politician. These were the deliberate choices of a president who seems determined to realize his delusions of a warm relationship with Putin’s regime without any regard for the true nature of his rule, his violent disregard for the sovereignty of his neighbors, his complicity in the slaughter of the Syrian people, his violation of international treaties, and his assault on democratic institutions throughout the world.

“Coming close on the heels of President Trump’s bombastic and erratic conduct towards our closest friends and allies in Brussels and Britain, today’s press conference marks a recent low point in the history of the American Presidency. That the president was attended in Helsinki by a team of competent and patriotic advisors makes his blunders and capitulations all the more painful and inexplicable.

“No prior president has ever abased himself more abjectly before a tyrant. Not only did President Trump fail to speak the truth about an adversary; but speaking for America to the world, our president failed to defend all that makes us who we are—a republic of free people dedicated to the cause of liberty at home and abroad. American presidents must be the champions of that cause if it is to succeed. Americans are waiting and hoping for President Trump to embrace that sacred responsibility. One can only hope they are not waiting totally in vain.”

THIS JUST IN: On Tuesday, the President began to walk back his Monday comments, claiming he "misspoke."  As in he should have said "wouldn't", not "would" when he said "I don't see any reason why it would be Russia."  Hmmm, seriously doubting the veracity of the walk back.... 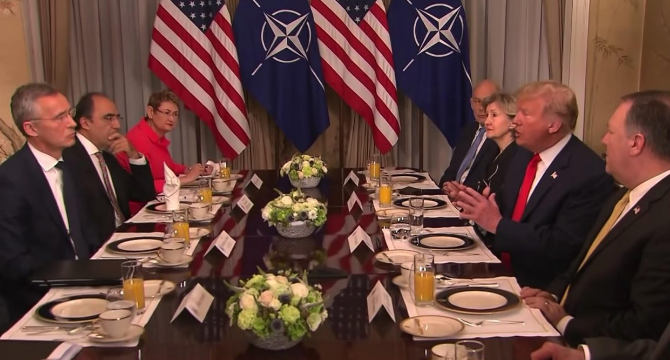 This could be the Quote of the Week:  “Germany is totally controlled by Russia.” Really? And how likely is that, Angela?

What's for breakfast?  According the Sarah Huckabee Sanders, John Kelly's pursed lips and looking away from our NATO partners when the president launched that opening salvo was not about disdain, but rather his dismay at no bangers and squeaks. Hey, where do you think the term Continental Breakfast came from, General? 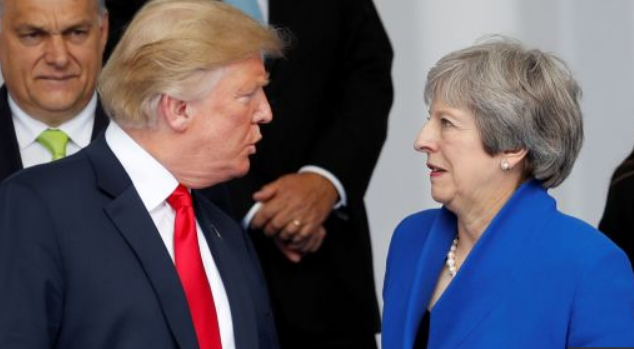 Guess who's Coming for Dinner? The man who left his manners behind?  Just hours before being the Guest of Honour at a gala dinner hosted by the British Prime Minister, Mr Trump peppered his interview for the SUN tabloid with not-so-nice comments about Theresa May and a trade threat for good measure. Fortunately he was in the Land of Stiff Upper Lip - which was particularly fortunate when he walked in front of the Queen, in yet another jaw-dropping breach of protocol. Not to worry, Sarah Huckabee Sanders assured us that he likes Theresa May and had a good time with her at NATO (disregard above photo).

Tales from the Frontline 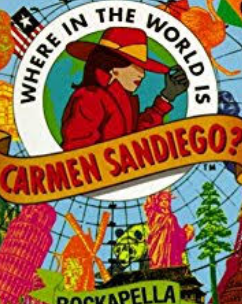 Coming soon, if the story has any legs, will be a new game called Where In the World is Mariia Butina? But for the time being, if you're looking for the FBI or any member of the US Intelligence community, you might check under the bus first. 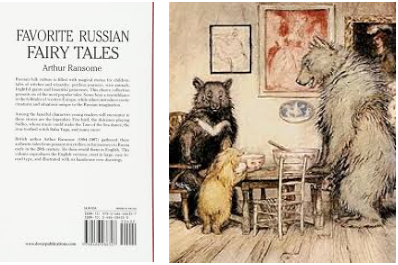 And what about that Battle of the Wills exchange between Peter Strzok and the House Intelligence Committee? Our nation's intelligence services are having a bad week and I may be the lone voice in the wilderness on this, but I say NOT FAIR - or more's the point,nyet 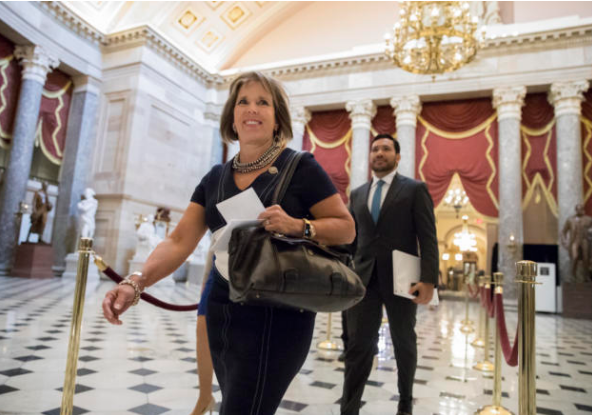 Over the weekend, the Albuquerque Journal did its first of two profiles on our gubernatorial candidates. To say that Michelle Lujan Grisham's interview was surprising would be an understatement. I guess if Steve Pearce can hang a sign on his Las Vegas HQ saying Conservative Democrats Welcome, turnabout is fair play. Moderate Republicans spoke up this week for the first time against the failures, ineptness and some would say "treachery" of the current President, can supporting Michelle be far behind? Self-described as a social liberal and fiscal conservative (which I thought I was...), it would appear "progressive" is not part of that DNA. Does she lose more than she gains by distancing herself from the Progressive Caucus? Probably not. What struck me was the lack of finesse in a seasoned politician. What is actually going on here? Or could she simply have been taken out of context? No matter - she has my vote either way

And some would say, Happiness is a Big Bear 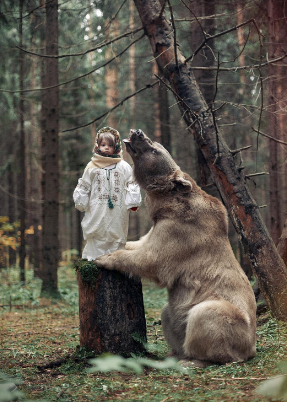