THE YEAR IN REVIEW

A difficult year for the Planet and for many Earthlings

From Aleppo to Zika.

2016 is drawing to a close - many would say that couldn't happen fast enough.

It was a year of strife, natural disasters, a litany of high profile deaths, political chaos and tumult. Perhaps by looking back, we can consider what we might do differently in the year ahead - and a year that brought out the worst of so many, can motivate us all to move in more positive directions.

The world became a more dangerous place in 2016. The worsening conflict in the Middle East, the lack of a solution to the refugee crisis and an increase in deaths from major terrorist incidents have all been contributing factors. Currently there are 10 official wars, 8 active military conflicts, as well as 64 other conflicts involving 576 militias and separatist groups. There are now just 10 countries in the world which can be considered completely free from conflict according to the 10th Annual Global Peace Index. There was only 1 peace accord signed in 2016 - Columbia.

Burning fossil fuels and chopping down rainforests is heating up the atmosphere. That's creating trouble for all corners of the natural world. The Paris Agreement on climate change, ratified by the United States and 115 other countries, creates a framework for a rapid shift away from fossil fuels. The incoming Trump administration has indicated it plans to move away from that agreement and back towards dirty, climate-warming fuels. How important is it for the US to reverse our own irresponsible behavior? Let's quantify it: The World Bank says the average American produces about 10 times as much climate-change pollution per year as an average person from India. We continue to use resources we know are harmful. Plastics, for example, are clogging the world's oceans. We dump the equivalent of one garbage truck of plastic into the ocean each minute, according to the World Economic Forum.

2016 in Review: Earthquakes in Taiwan,Ecuador, Italy, Myanmar, NZ and Indonesia and Italy, major flooding in the UK and parts of the US, wildfires in CA, continued deforestation of the Amazon, winter storm Jonas and Hurricane Matthew were among the biggest natural disasters.

Continued conflict in the Middle East has led to the largest movement of migrant and refugee children since World War II. The ability/ inability to handle, and consequences of, the refugee crisis have added momentum to the wave of populism sweeping Europe, the UK and now extending to our shores.

A brief look at the consequences of political graft and corruption, unemployment, income disparity, terrorism, xenophobia and fear:  BREXIT, the resignations of the Prime Ministers of the UK, Iceland (Panama Papers) and Italy, the impeachment of Brazil’s first female president, Dilma Rousseff, the indictment of Former Argentine President Cristina Fernandez on charges she ran a corruption scheme with a public works secretary to stash millions of dollars in a convent, the Dec. 9th vote to impeach South Korea’s President Park Geun-hye over a corruption scandal, where she is charged with colluding with crony Choi Soon-sil to extort money and favors from the country’s largest companies, the popularity of France's National Front Marine Le Pen, the narrow defeat of Austria's FPO candidate Norbert Hofer by independent left-wing candidate Alexander Van der Bellen, the growing strength of anti-Muslim, anti-immigrant Party for Freedom (PVV) in the Netherlands poised to gain more seats in the March Parliamentary elections, and now the likely challenge to Angela Merkel in next year's elections.

On November 2, the Chicago Cubs defeated the Cleveland Indians 8 - 7 to become World Series Champions in Major League Baseball. They won the Series 4 - 3 and claimed their first MLB title since 1908.

9 months and counting - that's how long Antonin Scalia's Supreme Court seat has remained vacant. Since 1900, presidents have nominated seven people for seats on the Supreme Court during an election year, with six of the seven confirmed by the Senate.

In response to their water crisis, President Obama declared Flint MI a state of emergency.

A 29-year-old security guard Omar Mateen opened fire at a gay bar Pulse killing 49 people and injuring another 53. Investigated as a domestic terrorist attack, it was the deadliest attack against LGBT people in the US history and the deadliest mass shooting in the country.

During a peaceful Black Lives Matter protest in Dallas (against the police shooting of Alton Sterling in Baton Rouge), a sniper Micah Xavier Johnson opened fire, killing five Dallas police officers and injuring another 11 people. It was the deadliest attack on US law enforcement since September 11, 2001.

The Governor of NC signed House Bill 2, the Public Facilities Privacy & Security Act, that put in place a statewide policy banning individuals from using public bathrooms that do not correspond to their biological sex.

Shooting of Philander Castile captured on video. In it, On the video, Mr. Castile's girlfriend, gave her account of what happened, saying again and again that he had informed the officer that he was carrying a gun, and that he was just reaching for his driver’s license and registration — as the officer had requested — when the officer opened fire. She estimated, at various times, that three, four or five shots were fired.

In late summer, a series of wildfires broke out in Western United States (including California and Nevada. Oregon, Nevada, and Wyoming states). In September, record flooding in LA resulted in the deaths of 14 people.

A state of emergency was declared in Charlotte, North Carolina, after protests erupted over the police killings of three black men in a single week.

In October, a 2005 videotape of presidential candidate Donald Trump making lewd comments surfaced.In the tape, he is seen talking to Billy Bush about grabbing women without repercussions.

12 days prior to the November election, FBI Director Jas Comey announced he was reopening the email probe into Hillary Clinton based on 650,000 new emails without knowing the details of the source or their relevance. On November 5th, Director Comey announced " Based on our review, we have not changed our conclusions that we expressed in July with respect to Secretary Clinton."

On November 9th, Donald Trump was declared victorious in a protracted presidential campaign that left the country bitterly divided. In the end, while he captured the necessary electoral votes, Secretary Clinton won the popular vote by almost 3 million votes.

In mid-December Republicans in the North Carolina legislature  took the highly unusual step of moving to strip power from the incoming Democratic governor, Ray Cooper, after a bitter election that extended years of fierce ideological battles in the state. After calling a surprise special session, Republican lawmakers introduced measures to severely limit the powers of governor.

Chicago, the nation’s third-largest city, will end 2016 with a surging murder rate, a demoralized and distrusted police force, and a weary populace: more than 750 people have been murdered in Chicago in 2016, a 58 percent increase over last year and the highest total since 1997. There have been more than 3,500 shootings in the city this year.

The First Family and 45th President-Elect of the United States: 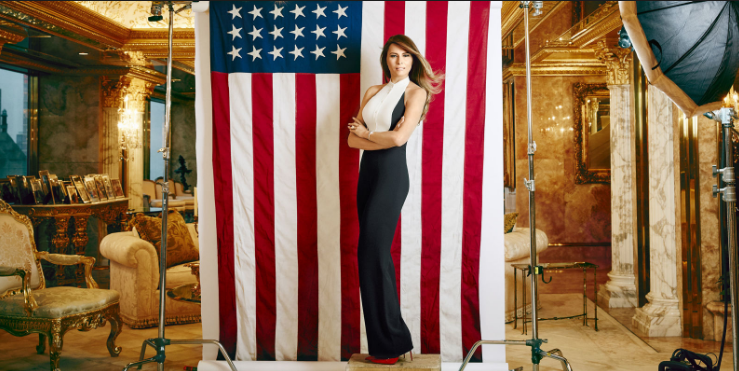 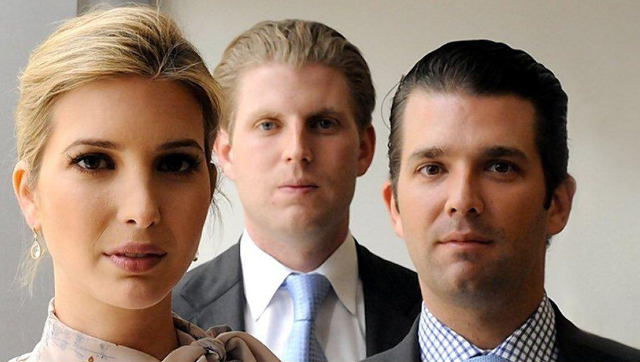 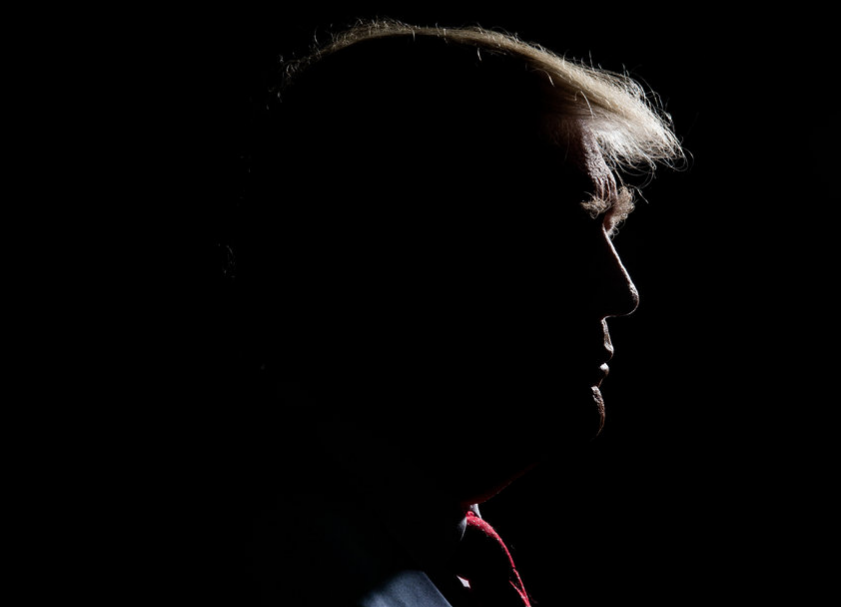 Missing: Tiffany and Baron Trump, children of the President-elect's 2nd and 3rd marriages.