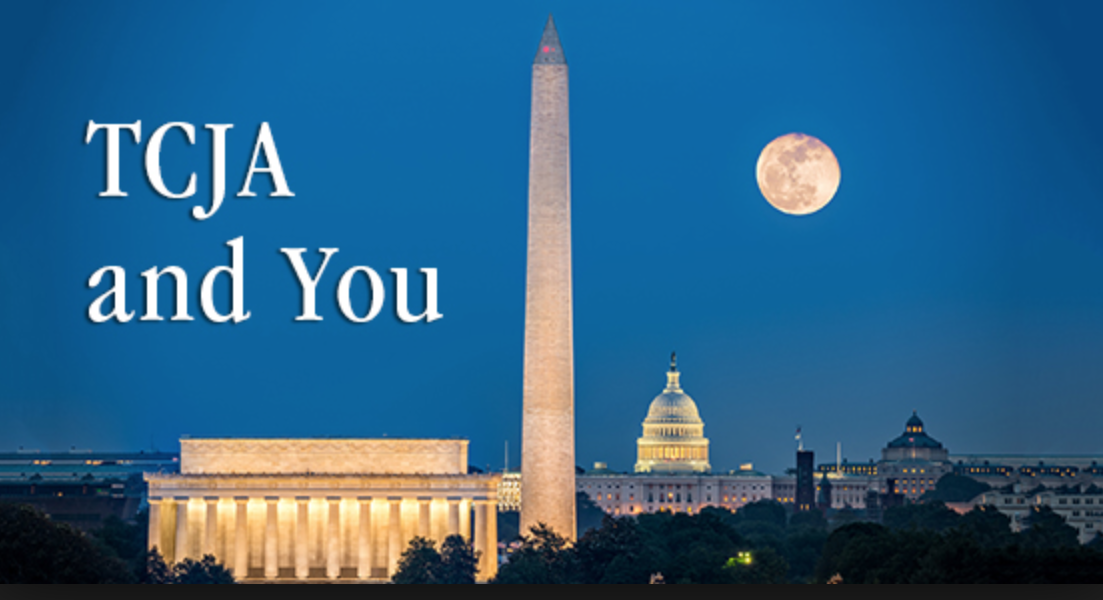 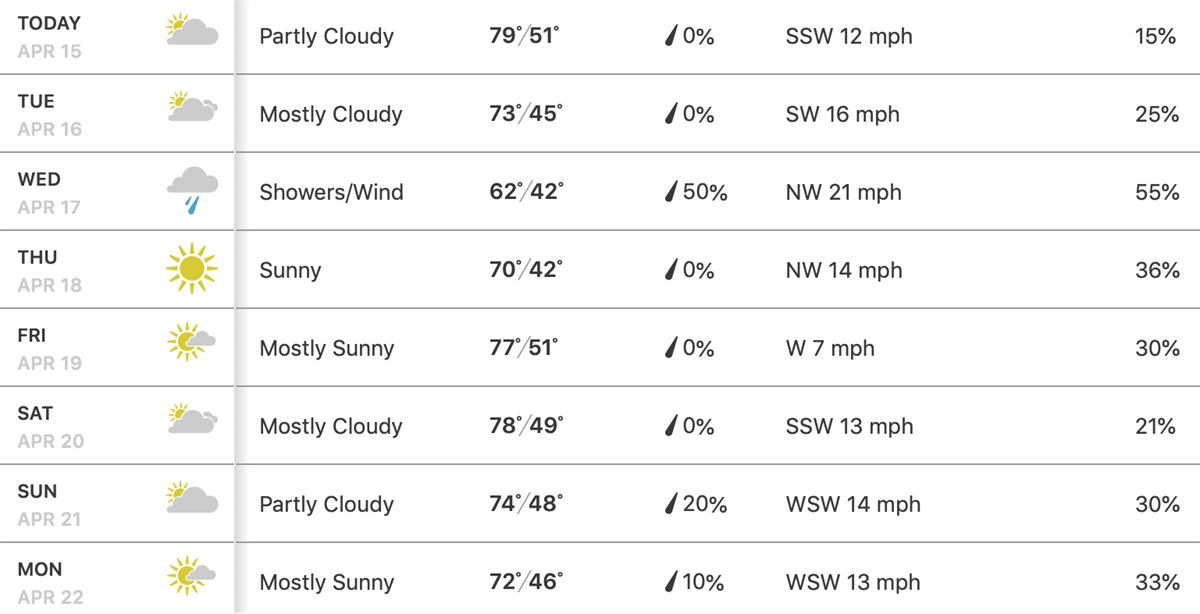 Initial reports indicate that the majority of Americans are "underwhelmed" by what promised to be tax-relief when filing their 2018 returns - while many other Americans realized months ago that GOP crowing about tax cuts for the middle class was really tax cuts for corporate America and the most affluent among us.

This just in from CNBC:

"As of the end of March, the IRS paid out $6 billion less in total refunds this year compared with last, and the average tax refund amount is $20 less than last year. This does not look like the huge tax reduction promised to middle-class America."

Fake News? My experience is that I actually paid more in both Federal and State taxes - so much for Sen,, McConnell's prediction at the time of its passage: "“We’ll see how unpopular it is when people start noticing they’re paying less in taxes..." Pretty unpopular, Mitch.

He's Back! One of the Great Sports Comebacks

Five back surgeries later, and 22 years since his first Master's win (and 14 yr since his 4th), Tiger edged out Francesco Molinari of Italy (among others) in a nail-biter final 60 minutes in Round 4 of the Masters on Sunday. This was his 15th Major and considering how he finished up, he's well positioned for tying, if not beating, Jack Nicklaus'  record of 18. Well done Tiger - it's always more fun to watch golf when you're in the pack!

A Tough Week for a Freshman

“Violent rhetoric and all forms of hate speech have no place in our society, much less from our country’s Commander in Chief. We are all Americans."    - US Rep. Ilhan Omar

Ilhan Abdullahi Omar is a Somali-American politician serving as the U.S. Representative for Minnesota's 5th congressional district since January. Last Friday she was also the target of a video tweeted by our President attacking her, and who also used images of the Sept. 11 terrorist attacks. Since then death threats towards this Muslim-American have increased, many directly referencing Trump's tweeted video.

Anti-immigrant, as well as Anti-Muslim rhetoric and hate speech had a "good week" in DC. Steven Miller, senior immigration policy advisor,  appears to be ratcheting up both in the White House. How this will play out with the Department of Homeland Security is unknown, but unlikely to be good news for immigrants seeking entry to and asylum in the US.

Meanwhile, millions of taxpayer dollars are being spent to overturn judicial rulings against Administration initiatives:

"Federal judges have ruled against the Trump administration at least 63 times over the past two years, an extraordinary record of legal defeat that has stymied large parts of the president’s agenda on the environment, immigration and other matters."

"Two-thirds of the cases accuse the Trump administration of violating the Administrative Procedure Act (APA), a nearly 73-year-old law that forms the primary bulwark against arbitrary rule. The normal “win rate” for the government in such cases is about 70 percent, according to analysts and studies. But as of mid-January, a database maintained by the Institute for Policy Integrity at the NYU's School of Law shows Trump’s win rate at about 6 percent."

To learn more, go to the article

Where does this end?

Don't miss this article from allbirds and then check out some dynamite shoes: CLICK HERE 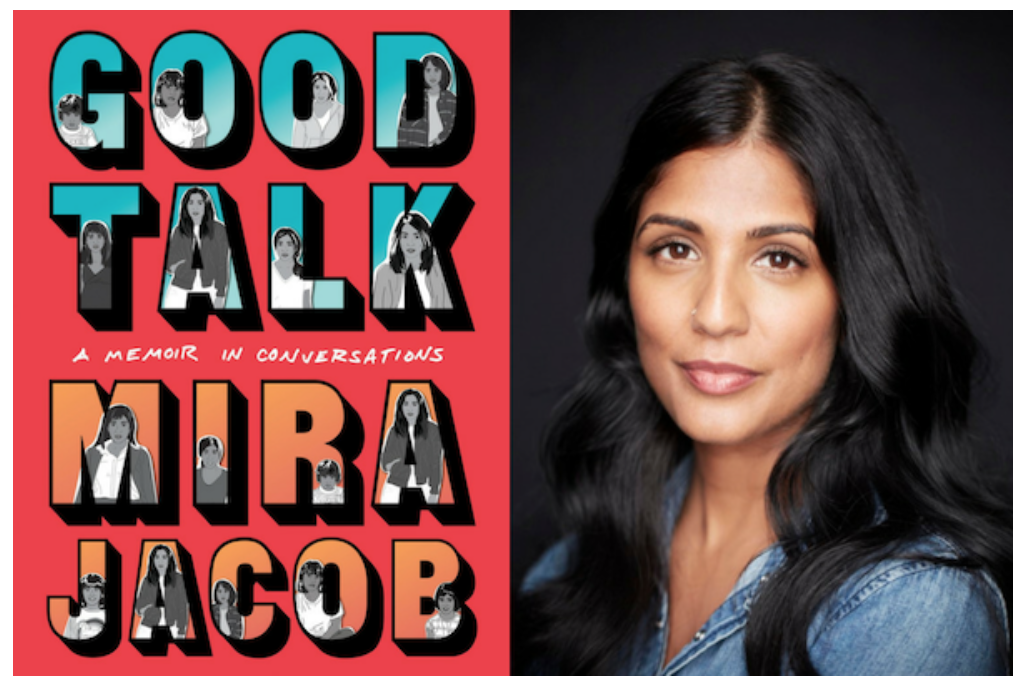 "Mira Jacob’s graphic memoir is a frank but warm examination of the world as it is distilled and understood by Jacob’s 6-year-old son. Looking for the best way to answer the many (many) questions her son — who is half Jewish and half Indian — asks about not only the world but also his place in it, Jacob turns to her own history, and looks at the conversations about race, sexuality, injustice, and love that have helped her make sense of the world."

Mira Jacob grew up (mostly) in Corrales and went to the Academy. This is a great read. She's giving a talk at the KIMO on May 24th. You can buy the book, a ticket, and take a friend for $35 - And you're helping the Albuquerque Library Foundation. Details - Click here

Delightful, touching and unflaggingly original - I adored this!

Word of the Week?

Should we be concerned how carelessly this is being thrown around? 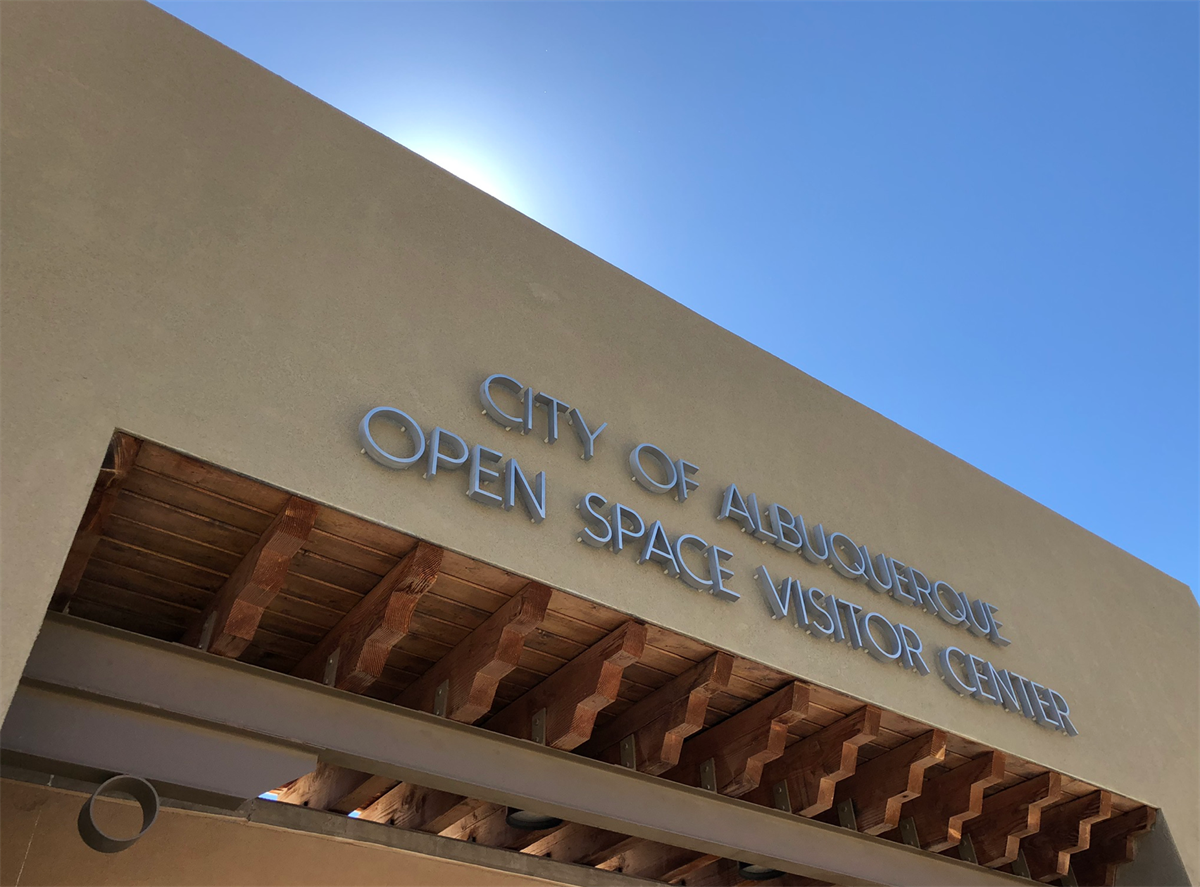 Passages - a must see mosaic show through June 12.

We missed the opening on Saturday, April 6th, but went to the Open Space Gallery (Westside, Coors Road between Montano and Paseo) the following day. The weather was glorious and so were the works of our talented local artists. 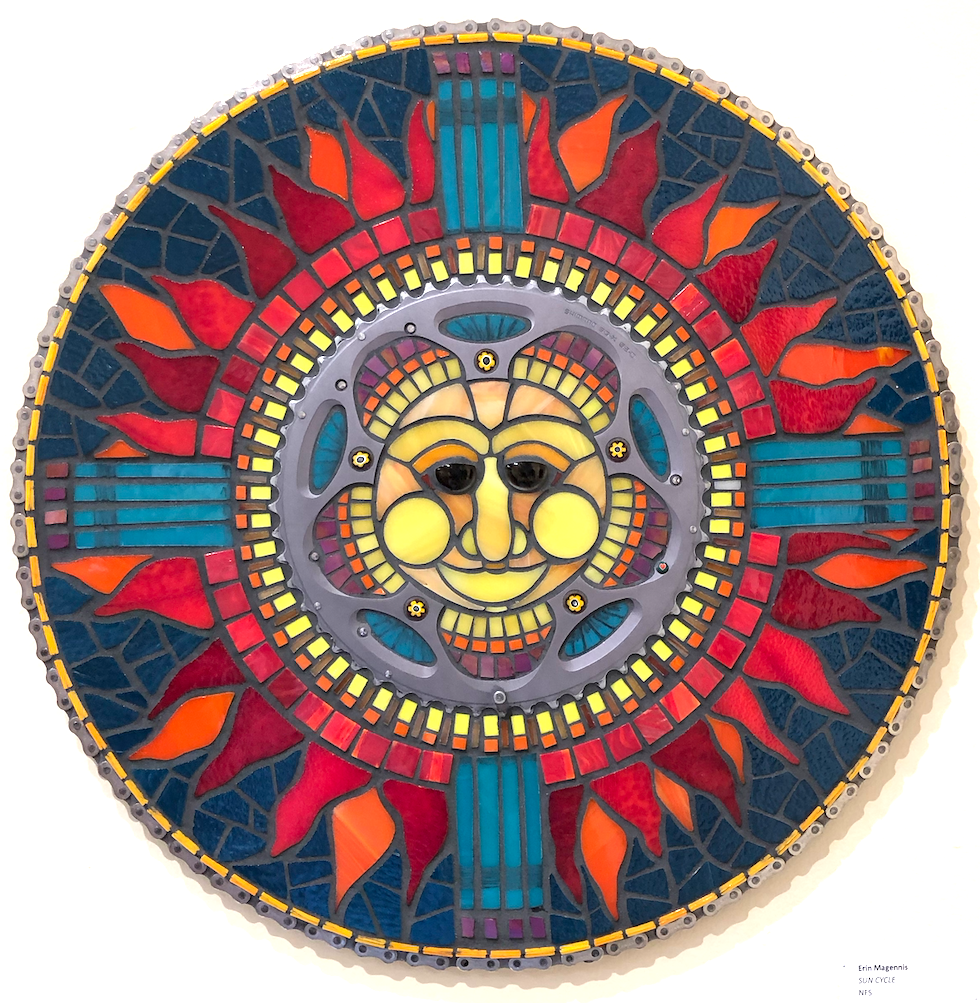 After viewing the show, make sure you spend some time enjoying the peaceful outdoor vistas. The Bosque Open Space begs for a picnic on a sunny late morning this Spring-