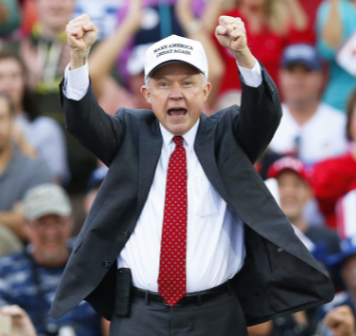 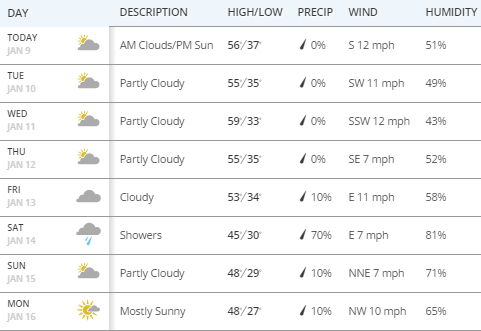 Republicans were KO'd on Tuesday when a day of pageantry to open the 115th Congress and usher in a new period of Republican governance was overtaken by an embarrassing reversal on ethics oversight, with the GOP gripped by internal division and many lawmakers seeking to shield themselves from extensive scrutiny. Next

PEOTUS tweeted that Chuck Schumer was a "clown" -  does that mean the Circus is coming to town? Many think so as Senate Republicans embark on a flurry of confirmation hearings this week, regardless of the fact that several of the Trump appointees have yet to complete the background checks and ethics clearances customarily required before the Senate begins to consider cabinet-level nominees.

Authorities were so concerned when Esteban Santiago visited the FBI Anchorage, Alaska, office in November that they confiscated his gun and ordered a mental health evaluation. A month later, Santiago retrieved the weapon from police headquarters. And it is likely that it was that same gun that left 5 dead and 6 wounded when Santiago opened fire in the baggage claim area of the Ft. Lauderdale airport last Friday.  Mental illness. Background checks. Anyone out there?

Happy Birthday, Kate! Princess Kate will spend her 35th birthday today privately at her home in Norfolk, Anmer Hall, with Prince William and their children,Prince George and Princess Charlotte.

The honeymoon seems to be ending between retired Gen. James N. Mattis and Donald Trump’s transition team amid an increasingly acrimonious dispute over who will get top jobs in the Defense Department — and who gets to make those decisions. With only two weeks left before Inauguration Day and days before Mattis’s Senate confirmation hearing, most major Pentagon civilian positions remain unfilled. Behind the scenes, Mattis has been rejecting large numbers of candidates offered by the transition team for several top posts, two sources close to the transition said. The dispute over personnel appointments is contributing to a tenser relationship between Mattis and the transition officials, which could set the stage for turf wars between the Pentagon and the White House in the coming Trump administration. Generally speaking, generals like to pick their top brass . Duh.

You win some, you lose some. Sunday wasn't a great day for everyone in the NFL - and particularly not for Mr. Porter.

Here's who is left: 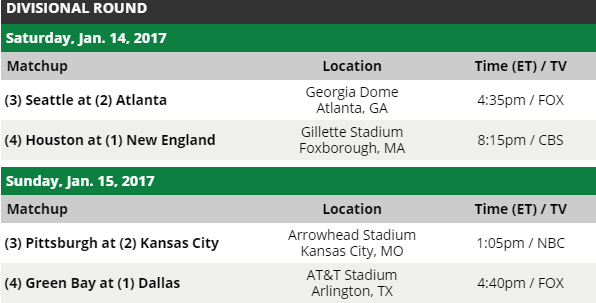 Last night Meryl Streep was honoured at the Annual Foreign Press Association's GOLDEN GLOBE AWARDS with the the prestigious Cecil B. Demille Award for a lifetime of notable work. During her career Streep has received 17 Academy Award nominations (and won 3 times) and 30 Golden Globe nominations (and won 8 times). In her acceptance speech (see here) the actress said "there was one performance this year that stunned me; it sank its hooks in my heart, not because it was good. There was nothing good about it."

2. Pick your words - esp. your pronouns

Personal, possessive, reflexive - to name just a few. We were taught pronouns in elementary school. The reason there are different kinds of pronouns is because they are used for different things. Could we please make a special effort in 2017 to pay better attention to proper grammar? This isn't about being politically correct, it's simply about being correct.

3. Use your words -  they reflect who you are. It's easy to become lazy when you have auto correct and texting is your primary form of communication. The problem is when verbal communication suffers, misunderstanding is one of the casualties. Words matter.

2017 New Year's Resolution: Do something about it.

Or, to quote Alice Walker, "Activism is the rent we pay to live on the planet."

So this weekend I attended: 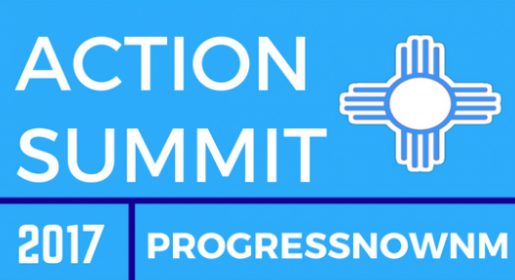 and it was awesome!! Martin Heinrich was there - Michelle Lujan Grisham spoke at lunch - and 5 possible ABQ mayoral candidates pitched their best ideas (DETAILS). And tons more people. There were about 450 attendees too and it was sold out two times over. People want to work for positive change!! There is so much we can do to make our state, cities, schools and communities the best they can be. I was incredibly energized and impressed with what I heard. Do one positive act each day. Integrate activism into your life. Expand your comfort zone. Get to know your neighbors. There are so many ways to get involved - here are a few websites for starters - I hope you'll check them out.

For a Better ABQ

Join us as we help move the Albuquerque Police Department forward so the people of our city can have the professional, responsible, and community-friendly police department they demand and deserve.

Together we are going to build a better Albuquerque by holding our police force accountable, monitoring the implementation of reforms, and restoring community trust in APD.

"Think of it as New Mexico's Idea Bank.

Here’s what I mean.

Too many of our leaders today see things with the same tired eyes and offer the same tired answers. The “solutions” they come up with are really just more of the same: Business as usual, status quo thinking.

We need new ideas. New energy. New solutions and new dreams we can aspire to and achieve."

We New Mexicans Stand Up for our Land and our People.

350 New Mexico is working locally to help build a grassroots climate movement to address the impact of climate change on New Mexicans. 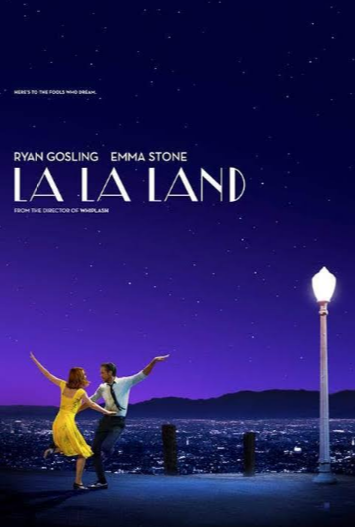 La La Land took center stage last night at The Golden Globes and won a record-setting 7 awards. He might be "where all the nicest people are from" (to quote Meryl Streep), but when Ryan Gosling won Best Actor, I thought Denzel Washington was robbed of an award he truly deserved.

is a terrific article:CLICK HERE TO READ

RE-READING CICERO. How the Republican presidential nominee borrows from the playbook of the greatest orator ever 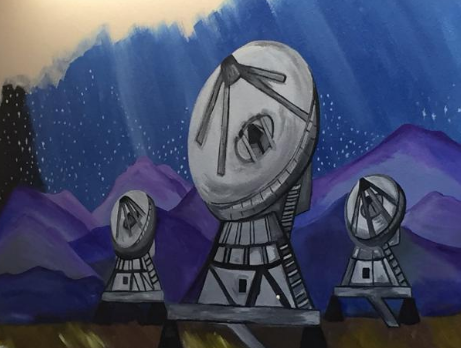 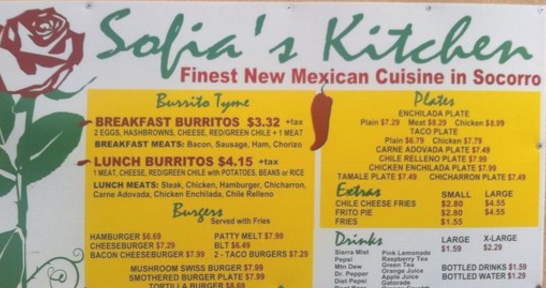 I discovered this after watching the FLY OUT at Bosque del Apache on Sunday morning. A new place to try if you can't wait until the OWL opens.... 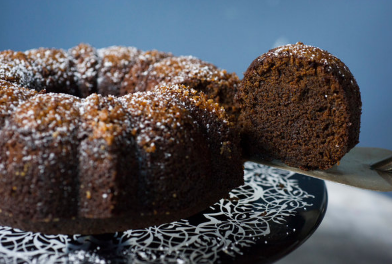 This is a rich, fragrant ginger cake with a crunchy raw-sugar coating and moist crumb. The combination of grated fresh ginger root and powdered ginger, along with black pepper and cloves, gives it a particularly intense spice flavor. Make sure to use a good stout here. Since you’ll only use part of a bottle, choose one you’d be happy to finish off while the cake is in the oven (as in GUINESS!).

As with most gingerbread, this is a good keeping cake, and can be made a day or two ahead. Store it wrapped in foil at room temperature. Then serve it with cream whipped with a little crème fraiche or sour cream for tartness, which will offset all that crunchy sugar coating the cake.

THE NEXT BEST PLACE   &   CONSUMERVILLE 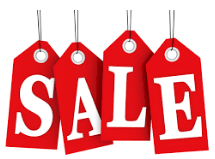 ONE DAY SALE : THIS FRIDAY AND SATURDAY

This is the BIG KAHUNA of sales - great sales going on right now, better prices Friday and Saturday. 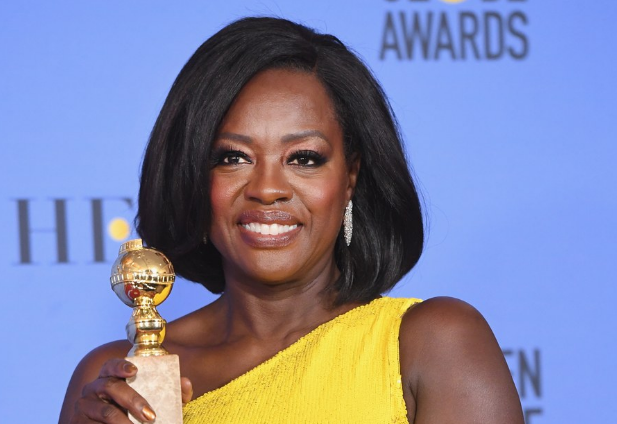