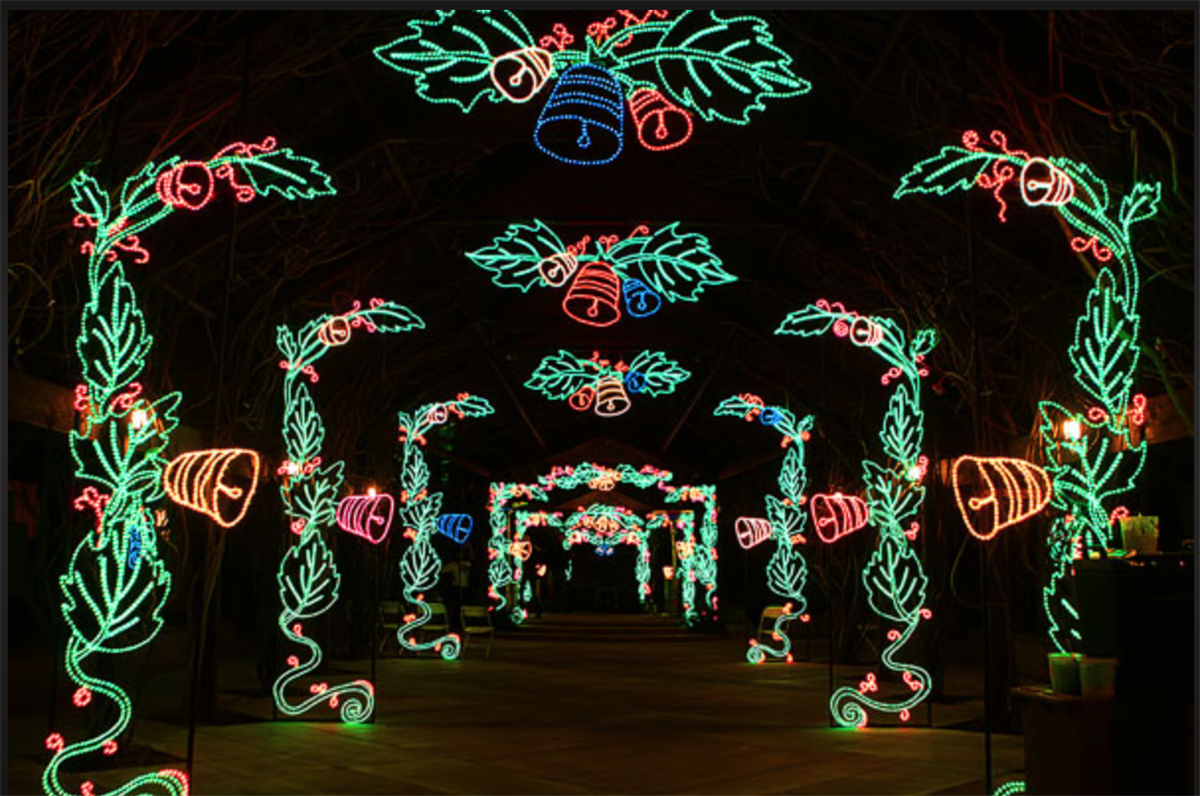 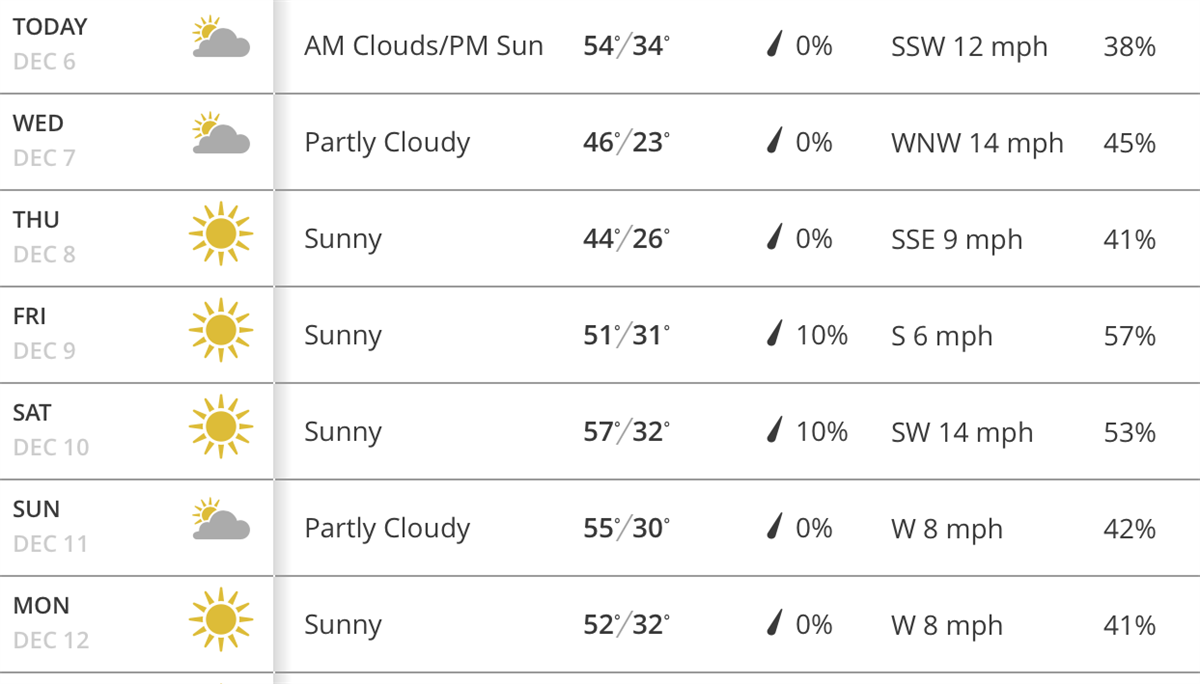 COUNT ME IN - The sigh of relief heard throughout the West...After the twin traumas of Trump and Brexit, centrist parties, social democrats and liberals of all stripes had feared another triumph for the advancing forces of nativist populism represented by Van der Bellen’s rival, the far-right Freedom party’s Norbert Hofer. Instead, Europe and its much-battered political incarnation, the European Union, have won a reprieve in Austria 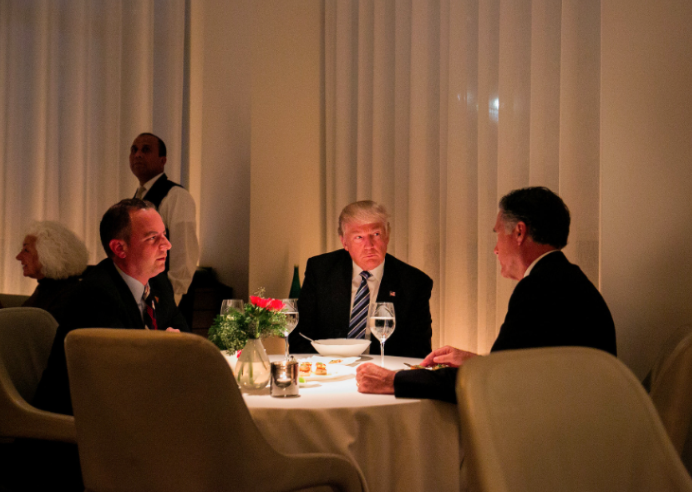 DON'T COUNT (as in Your Chickens til the Eggs are Hatched) - Even Kellyanne found this episode of GUESS WHO'S COMING TO DINNER hard to explain. Of course this photo was shot before the kitchen trotted out the Humble Pie. 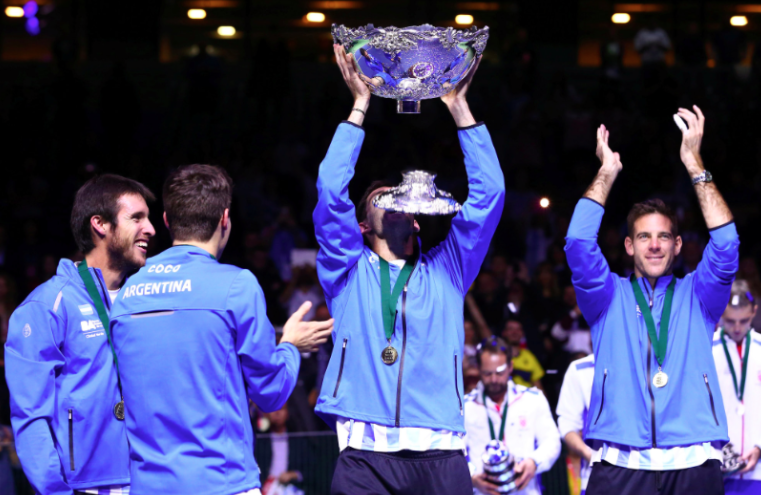 DIDN'T COUNT - "Who cares if the bottom falls out of the Cup? We still beat the Croatians." - Good for you, Argentina! First time winners of the coveted Davis Cup title.Don't blame Federico Delbonis, this was clearly the cup's "fault." (Ouch!) 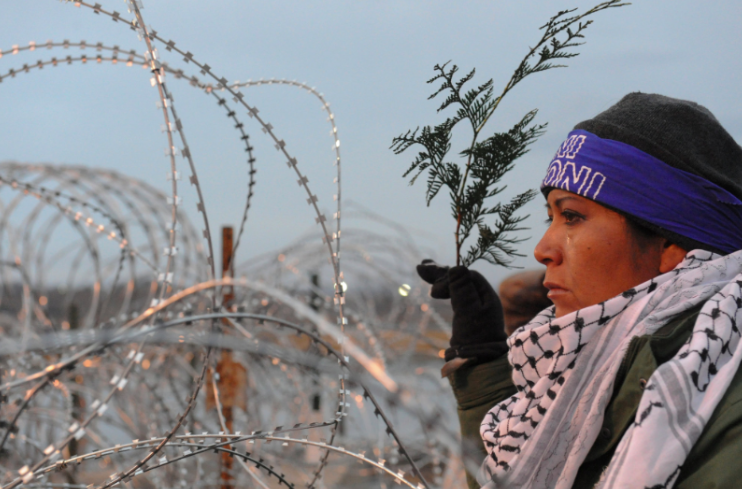 YOU CAN COUNT ON US, Kimosabes - President Obama,The Army Corps of Engineers, the Departments of the Interior and Justice stood up for Standing Rock and that's a good thing.It's also likely to be the last win for the environment in many moons. 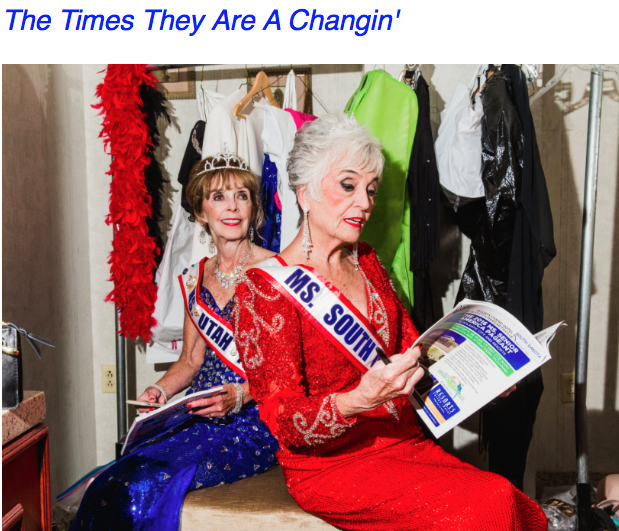 WHO'S COUNTING? More's the point, who knew? Pictured above, two contestants in the 2016 National Ms. Senior America Pageant. At 78 and 80, Ms Utah and SD were upstaged by a young whippersnapper from Missouri, Peggy Lee Brennan (aged 62). 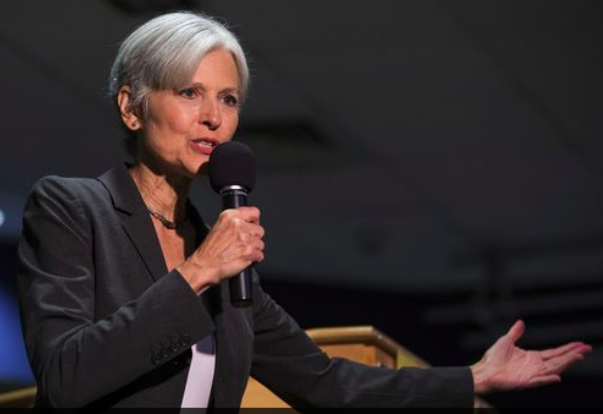 WOULDN'T COUNT? - It looked like Adios, Jill. As in game over on the tri-state recount (akaThe Old Boys Club: 3 Political Process: 0). Remember in the debate when the candidates had to say one nice thing about the other? Well it turns out Hillary wasn't the only one who doesn't give up. Even though PEOTUS is tweeting that it's just a scam to make money, Jill Stein says "Not so fast" and has decided to take her recount efforts to federal court, demanding a recount on constitutional grounds. PS: She also held a press conference in front of WHBA (White House Big Apple) yesterday - she may be green, but she's got the makings of a street fighter!

NON CI STO (that's COUNT ME OUT in Italian). Little did Matteo Renzi know that's exactly what his paisanos would do when he called for the constitutional referendum. Seen as a win for the populists - it doesn't bode well for the Italian banks, the lira, or the Italian economy. I keep hearing Peter, Paul and Mary singing: "When will they ever learn, when will they ever learn? "

IS THERE A DOCTOR IN THE HOUSE? Hello? Dr. Carson, are you there?

IN BRIEF (as in "briefing" ) Busy times at WHBA, but gee whiz, these docs are worth a trip to State. At the very least a Cliff Notes A-Z of world leaders to flip through between tweets?

"Be polite, be professional, but have a plan to kill everybody you meet."- Gen. Jas. A. "Mad Dog" Mattis

Meanwhile, back at the Sunday Morning News circuit, Pence attempted to downplay the 10 minute chat with Tsai Ing-wen as a "Tempest in a Teapot." Hmmm, not for all the tea in China...

Quiz addendum:  Could it be D?( John Bolton) 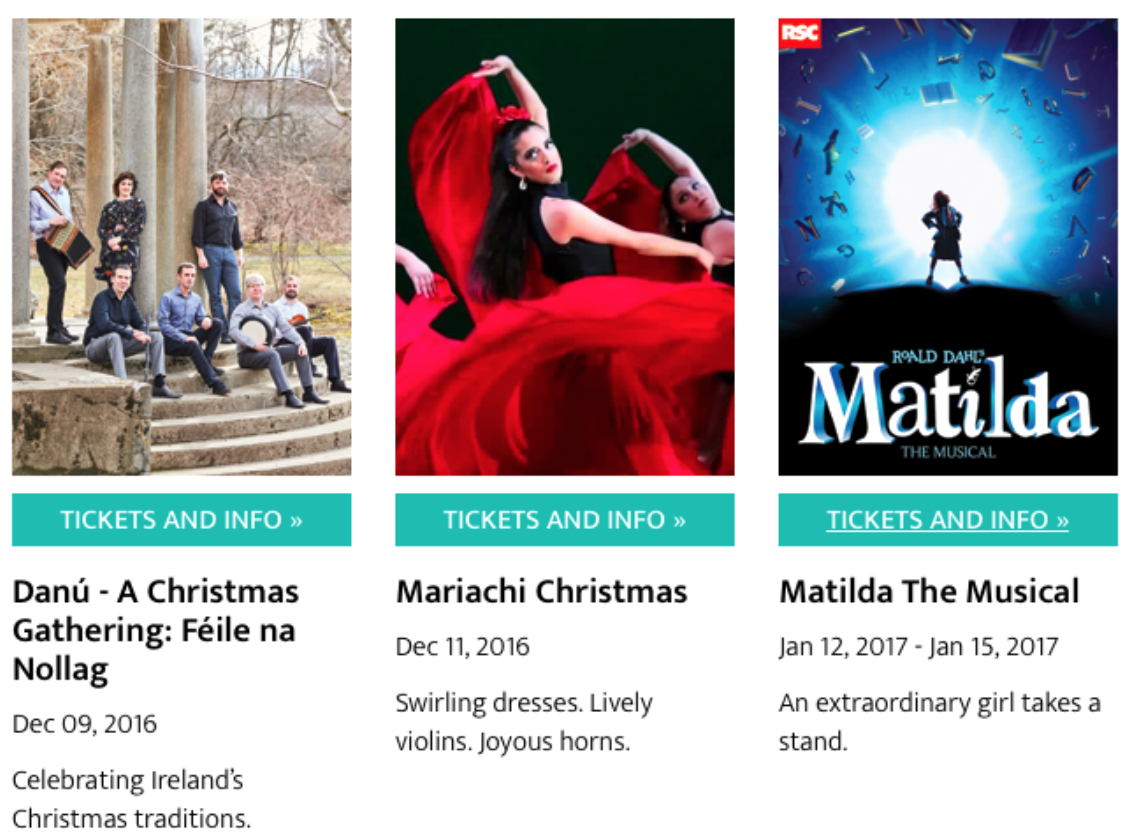 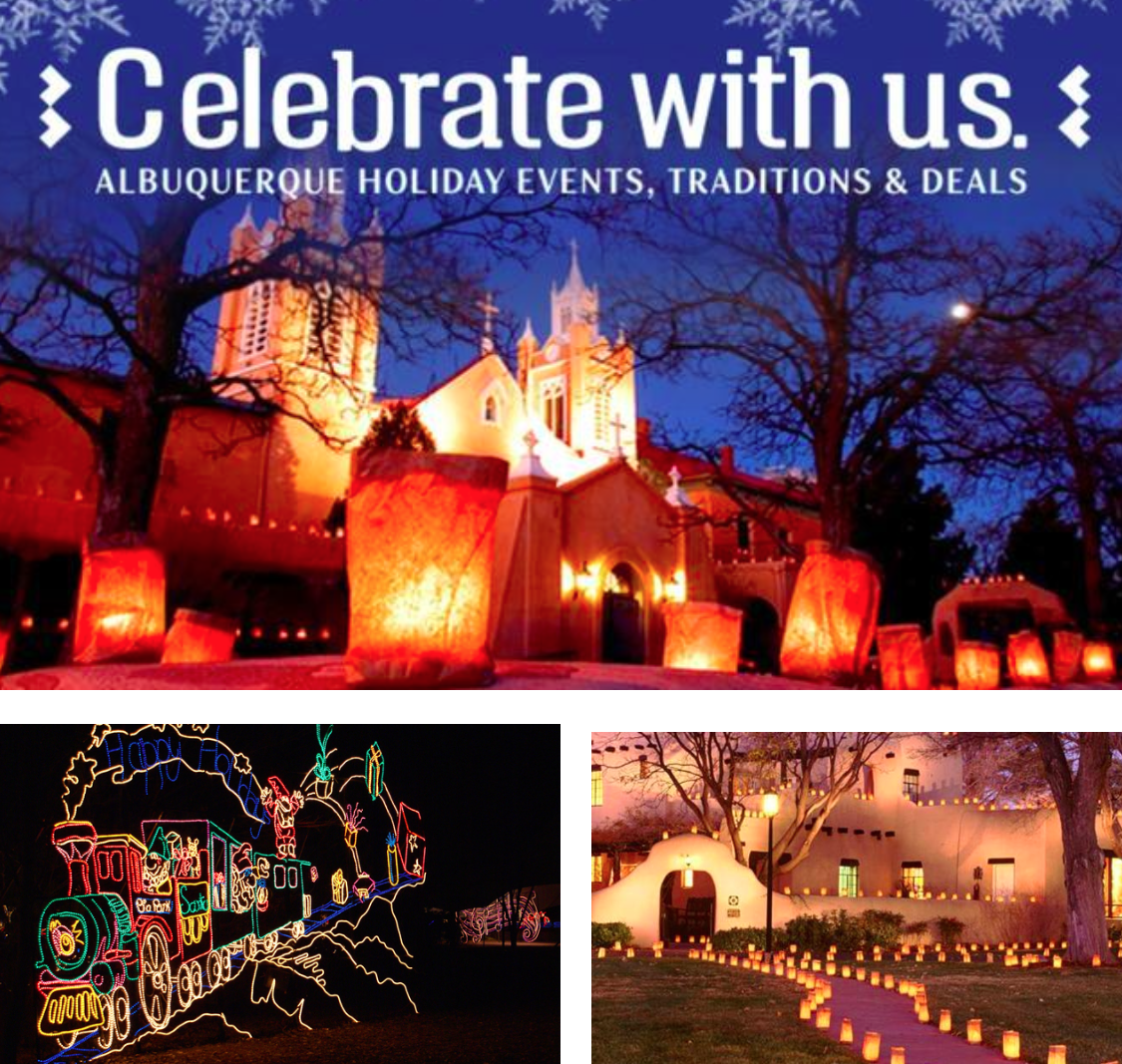 New Mexico's largest city observes the holiday season with notable style and festivities. Take part in the holiday celebration with coupons, centuries-old traditions and numerous events that offer something for everyone.

Due to overwhelming demand, Fathom Events and GKIDS are excited to bring a third showing of the classic Japanese anime fantasy film, Spirited Away, back to cinemas nationwide for a special 15th Anniversary celebration on Thursday, December 8.

In the fifteen years since its initial release, Hayao Miyazaki’s animated film “Spirited Away,” about a 10-year-old girl who enters a mysterious spirit world to free herself and her parents, has been cemented as a modern classic. It was universally acclaimed upon release, became the most successful film in Japanese history and won the Oscar for Best Animated Feature. This past August, the film was voted as the fourth best film of the 21st century so far by over 177 film critics from around the world.

If you can't make it to the Buddhist Center, there's no reason you can't enjoy a little mindfulness, peace and quiet on your own. Don't make the idea of meditating hard - it isn't. "But at some point you've gotta stop reading the directions and take the pill", as they say. So why not now?

iREAD: Ever heard of The PLUM BOOK?

“The Plum Book is here, for those angling for jobs in Trump’s Washington,” by WaPo’s Lisa Rein: “The biggest Help Wanted ad in eight years will materialize in Washington first thing Monday: A plum-colored paperback listing 9,000 political jobs that will be available for those who want to work in Donald Trump’s administration. The 226-page Plum Book — so called for the desirable jobs that change hands at the end of a presidential term — lists every patronage position in the executive and legislative branches that could be filled by Trump supporters. ... The publication’s 10 a.m. release Monday in hard copy at the Government Publishing Office bookstore at 710 N. Capitol St. NW and digitally at www.govinfo.gov (plus through the Plum Book App) also will mark a shift in the newly elected administration’s center of gravity to Washington from Midtown Manhattan. ... As of Friday, 65,800 men and women had applied to serve in the Trump administration through the website GreatAgain.gov.”

"If you reach for cookbooks that you'll use over and over again (instead of glorified coffee table books), Diana is your girl." 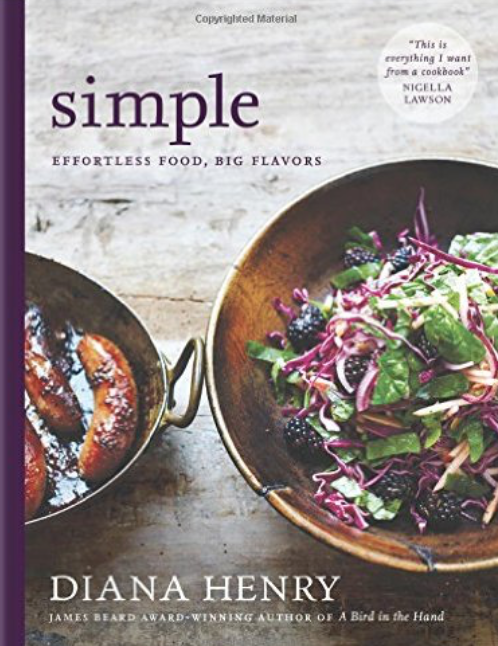 "No-one is better than Diana Henry at turning the everyday into something special. Here is a superb collection of recipes that you can rustle up with absolutely no fuss, but which will knock your socks off with their flavor."   Available at amazon.com - about $30

iWatch  Okay, here's a heads Up on what to be on the look out for. Some are here, some aren't. But with the Academy Award nominations 80 days away, just wanted to give you a leg up: Hacksaw Ridge, Arrival, Moonlight, La La Land, Manchester By The Sea, Elle, Things to Come, and Julieta.

In case you've just awakened from a 50-year nap, you may not know that December is the Olympics of Cheeseballs - so let your Inner Be-Stilton-My-Heart loose and...well...HAVE A BALL!  (and I'm serious... Great Pumpkin, Game Day Football, Buffalo Chicken Wings and Taco Ball have all preceded you, so don't hold back - there ain't nuthin' too cheesy for this Little Mama!)

I could give you my recipe for one of these pups, but wouldn't you rather go it alone? But just to get you started: Philadelphia Cream Cheese is your new friend - use it sparingly. Booze additions work well - don't limit yourselves to Port. Nut are "the nuts" and the world's best plastic wrap from COSTCO is your real BFF.  What can I say? I'm half Dutch.

THE NEXT BEST PLACE 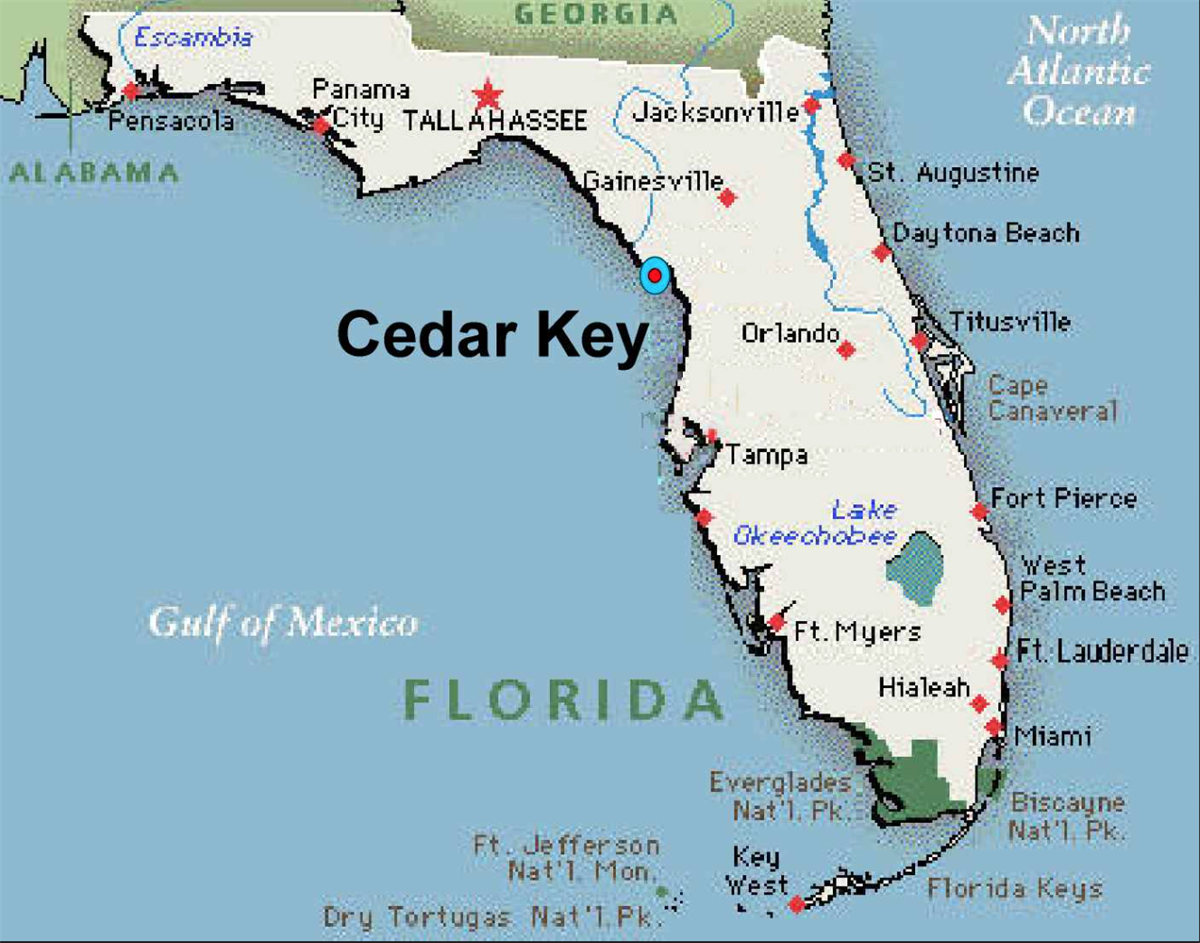 Not for everyone, but fun, funky and far from the maddening crowd. Ever tasted Smoked Mullet? Some say it tastes like copper pennies, but it makes a great fish dip and with an ice cold beer, watching the sun set at the end of the day...I'm hooked! 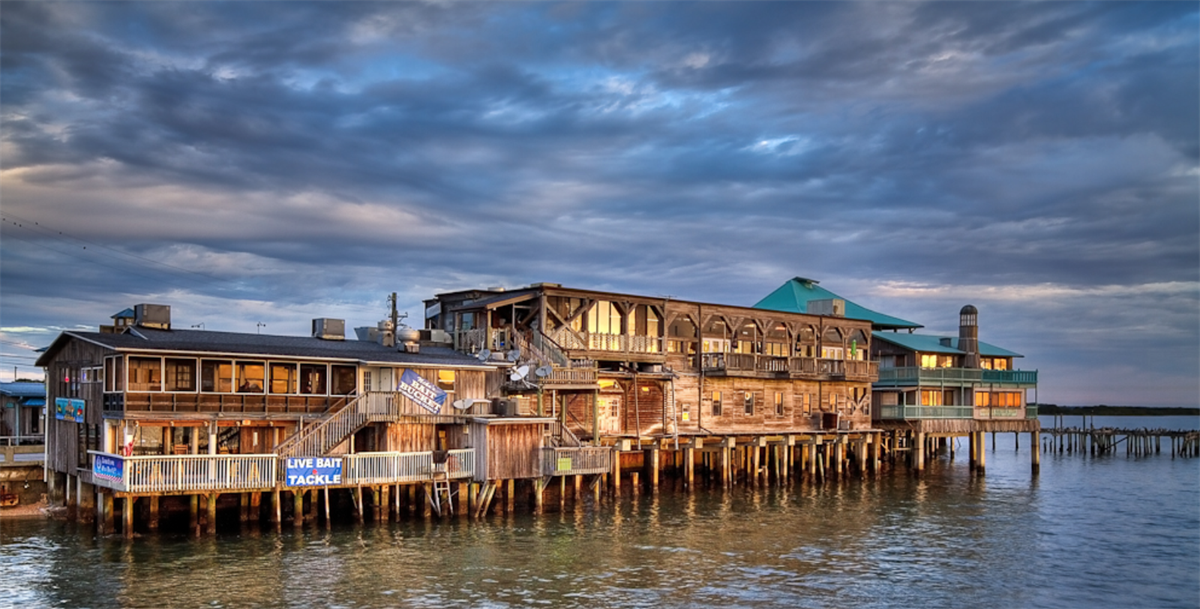 It is an out of the way destination - so you have to work a bit to get there, stay there, and maybe even figure out what to do once you arrive - but isn't that kind of what you want at times? Fly into Tampa or Orlando, the big airports - or Gainesville has a regional one. Check out TripAdvisor or VRBO - I have my fave spots to stay and to eat, but this is one of those places you kinda want to figure out on your own. Happy Trails.

It's the BEST time of the year! Time to check out a favorite source! 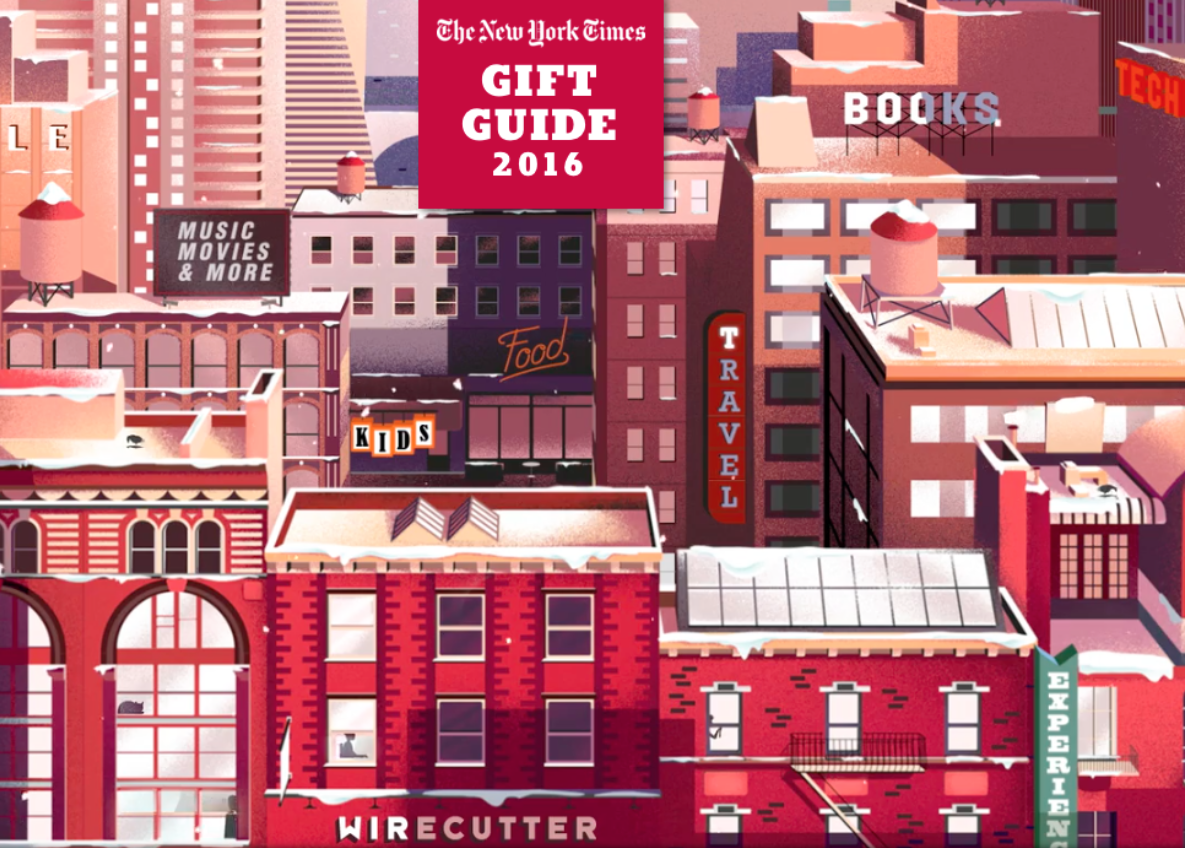 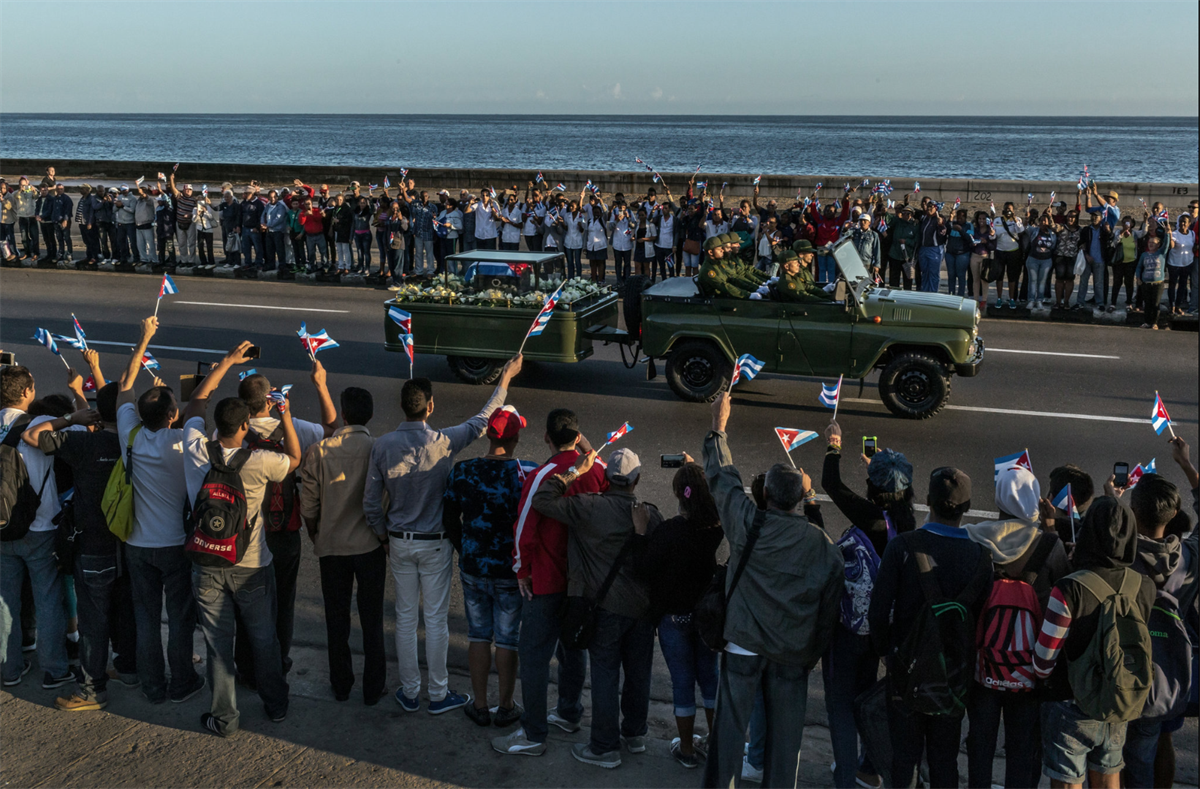 "Putin is to Democracy what a sledgehammer is to a Ming vase."