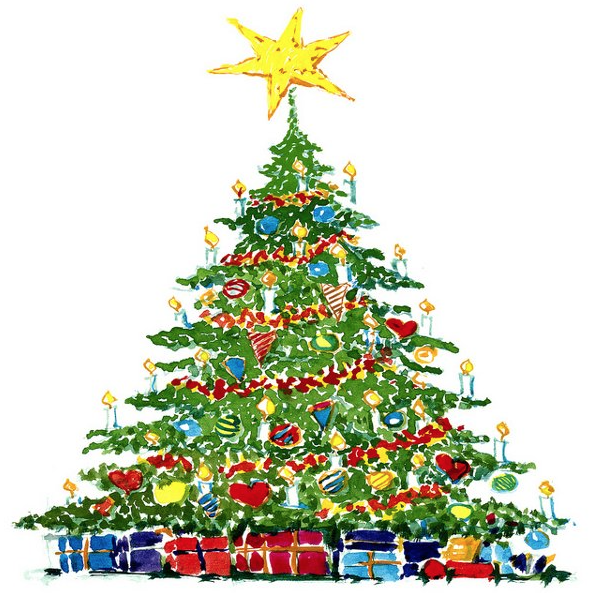 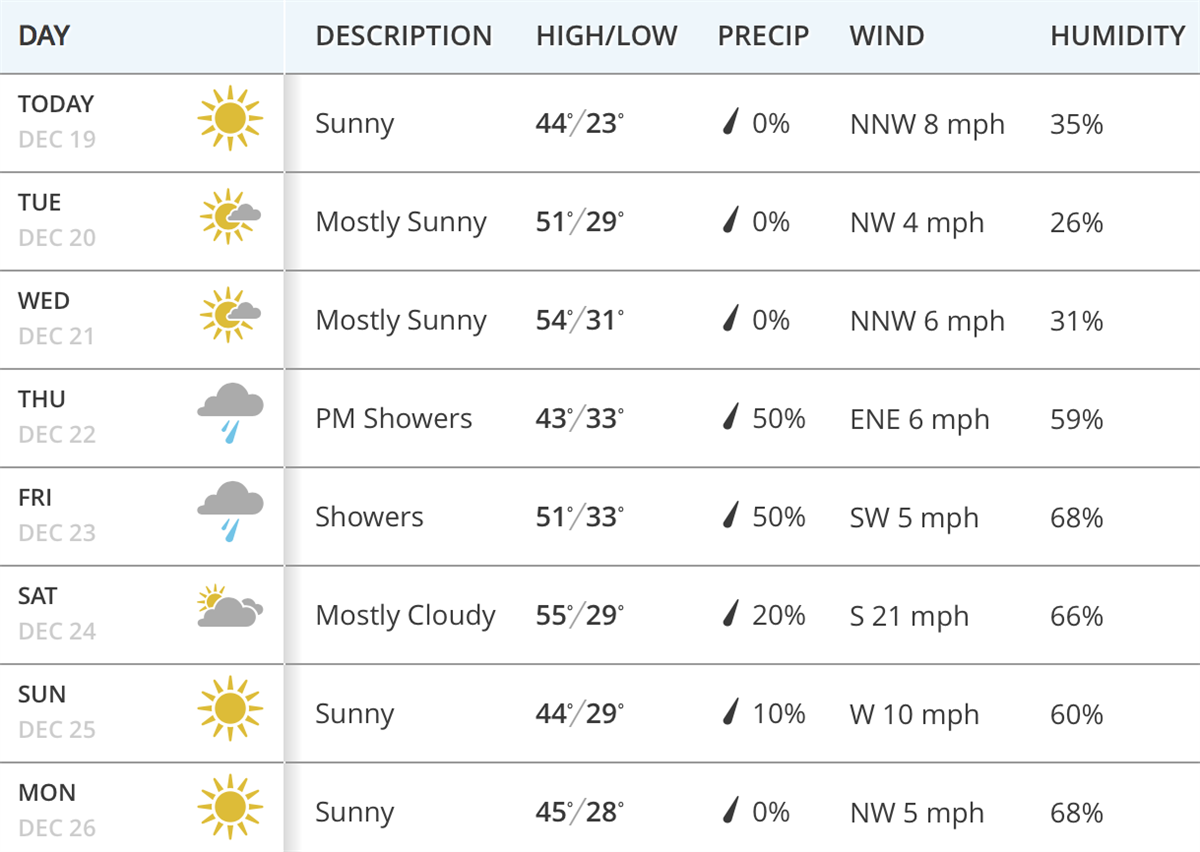 DEC 19TH AND COUNTING...Today the Electoral College votes are cast. Chances are slim to none that anyone other than Trump will be moving into the White House next year. 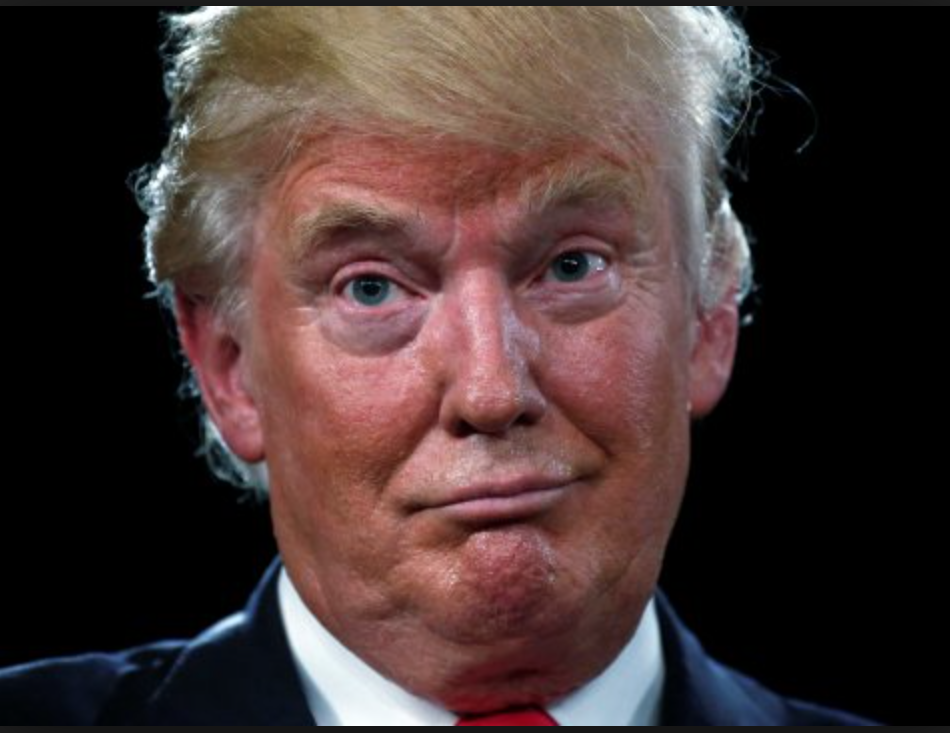 Russian hacking and South China Sea twits - You don't really need another point of view on these, do you?

Damien Chazelle’s “La La Land,” a musical ode to Los Angeles, topped the 2017 Golden Globe nominations last Monday, picking up seven nominations. It was followed closely behind by “Moonlight,” a low-budget coming-of-age drama that received six nods. On the TV side, The People v. O.J. Simpson: American Crime Story tops with five, followed by The Night Manager with four.

The 74th Golden Globe Awards, which are voted on by the Hollywood Foreign Press Association, will be hosted by Tonight Show host Jimmy Fallon and will air live on both coasts Sunday, Jan. 8, 2017 on NBC.

"A cabinet that reflects who we are." - Justin Trudeau, Canadian PM

Let's look at the Canadian Cabinet and see how he's doing:

"I want some of what they're having..." Really.

Rick Perry is probably best known for the 40 seconds he spent on a 2011 presidential debate stage trying desperately to remember the third of three federal agencies he’d promised to shutter if elected, before sheepishly muttering “Oops.”  Ironically, the answer was the Energy Department, which PEOTUS has now tapped Perry to run. More recently, Perry has sat and continues to sit as a Board Member for the company that owns Dakota Access Pipeline.  (Maybe it's time to take down the victory signs and sweep up the confetti back at the Res)

In his Friday press conference, President Obama pointed to a public opinion poll that showed 37 percent of Republicans have a favorable view of Putin, blaming the “fierceness of partisan battle” in the United States for driving Americans into the arms of a historic foe.

“Over a third of Republican voters approve of Vladimir Putin, the former head of the KGB,” he said. “Ronald Reagan would roll over in his grave.”

Emoji translator wanted - London firm seeks specialist in what is thought to be the first such job worldwide. The role will involve explaining cross-cultural misunderstandings in the use of the mini pictures, and compiling a monthly trends report.
Agency boss Jurga Zilinskiene said emojis were a "potential growth area" as "inconsistencies" had developed in their use.

MOST FACT-CHECKED UNTRUE STORY OF 2016 ANNOUNCED.Topping the list is an inaccurate yarn promoted by Fox News personality Sean Hannity. Lazar Cohen, a reader, was suspicious of a story promoted on Hannity’s website — Donald Trump’s sending his personal plane down to Camp Lejeune, N.C., when 200 Marines were stranded after fighting in the 1991 Persian Gulf War. The Trump campaign even confirmed the tale. But, after checking military operations records, we discovered that Trump had nothing to do with the dispatch of the jet to the troops at Camp Lejeune. The aircraft that ferried them was part of the Trump Shuttle fleet, at a time when Trump barely had control over the airline and was frantically trying to negotiate deals with bankers to prevent the collapse of his business empire. Trump Shuttle had a contract with the military, and this flight home was part of that contract. 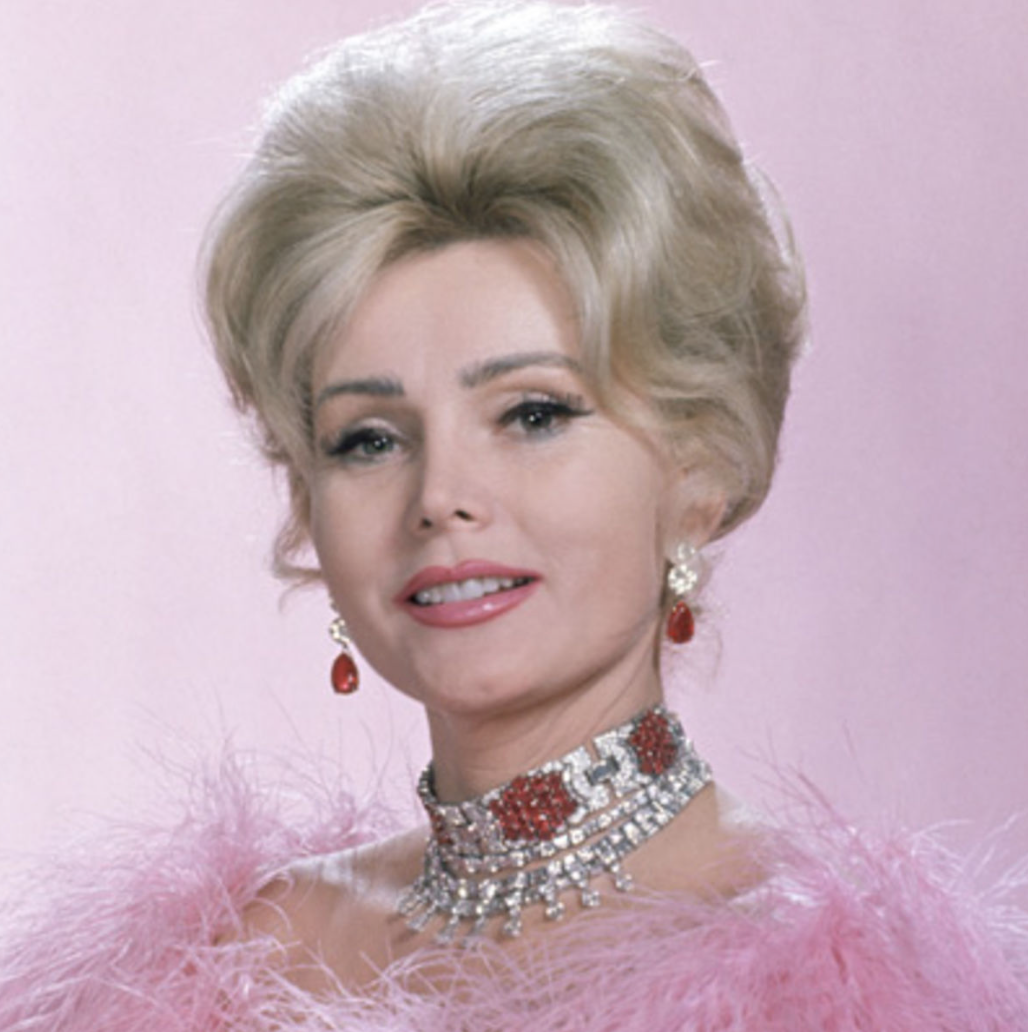 GREEN ACRES,  GREENER PASTURES. Easy to mix them up, but it was EVA who starred in the TV series with Eddie Albert. And it was Zsa Zsa who died yesterday, at age 99. She was the last surviving sister of the Amazing Hungarian Beauty Trio. Zsa Zsa's eight husbands included hotel heir Conrad Hilton, actor George Sanders, and Barbie designer Jack Ryan.

STUFF TO CONSIDER - what insomniacs want to know...

Two weeks after admitting he'd only attended 2-3 of 36 intelligence briefings he'd been granted access to, many are saying "Gee whiz, isn't the President's Numero Uno job to ensure the safety of the country?"

As surprising as this is, I'm taking a pass on his truancy. Here's why:

With such a full plate, PEOTUS can skip daily briefings as long as the appropriate cabinet members who also are included in the approved daily briefing roster are present and accounted for. Between Prebus, Flynn, Mad Dog and Rex Tillerson (if confirmed) - they should have it covered. If there's a change "he's only a phone call away."

Note to Diary: Since PEOTUS is already "only a telephone call away" from vets, family, and Silicon Valley tech honchos, make sure WH switchboard knows how to triage.

WHAT TO DO IN THE DUKE CITY AND ELSEWHERE

SNOWSHOE IN THE VALLE CALDERA ON DECEMBER 31ST -Ring in the New Year with cross-country skiing an/or snowshoeing under the stars at the Fire and Ice New Year’s Eve Celebration, 6 p.m.–1 a.m., at the Valles Caldera National Preserve west of Los Alamos 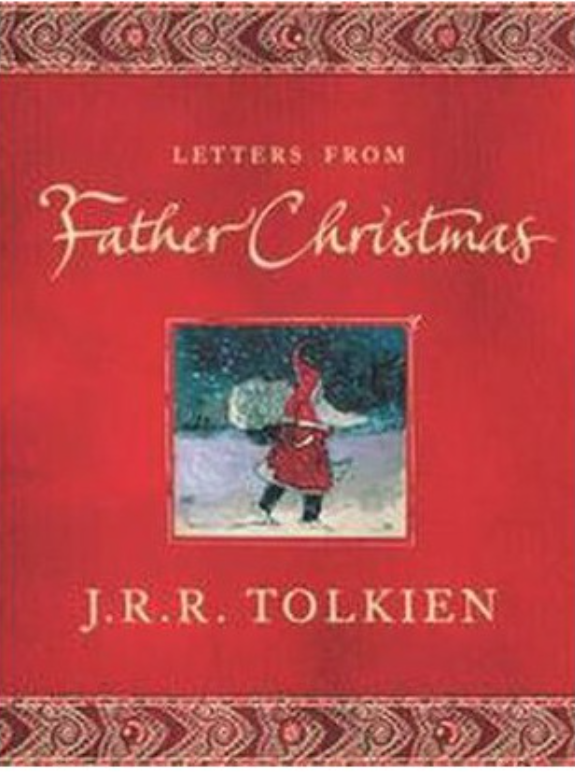 The Father Christmas Letters (also known as Letters from Father Christmas) are a collection of letters written and illustrated by J. R. R. Tolkien between 1920 and 1942 for his children, from Father Christmas. They were released posthumously by the Tolkien estate on 2 September 1976, the 3rd anniversary of Tolkien’s death.  Best read on a nightly basis for the 21 days preceding Christmas,but if you hurry 3/night is do-able.

iYouTUBE: "May I have this dance?"

I never get tired of this. If you don't, CLICK HERE to Play it again, Sam...

iEAT:  Yes, Virginia, there is such a thing as a great fruitcake...

The Fruitcake and Pecan Cake above are still baked true to the Old-World recipe brought to Corsicana, Texas from Wiesbaden, Germany in 1896 by master baker Gus Weidmann. He and his partner, Tom McElwee, built a lively business in turn-of-the-century Corsicana which included an elegant hotel on the top floor of the bakery. Many famous guests enjoyed their fine hospitality including Enrico Caruso, Will Rogers, John J. McGraw, "Gentleman Jim" Corbett and John Ringling. 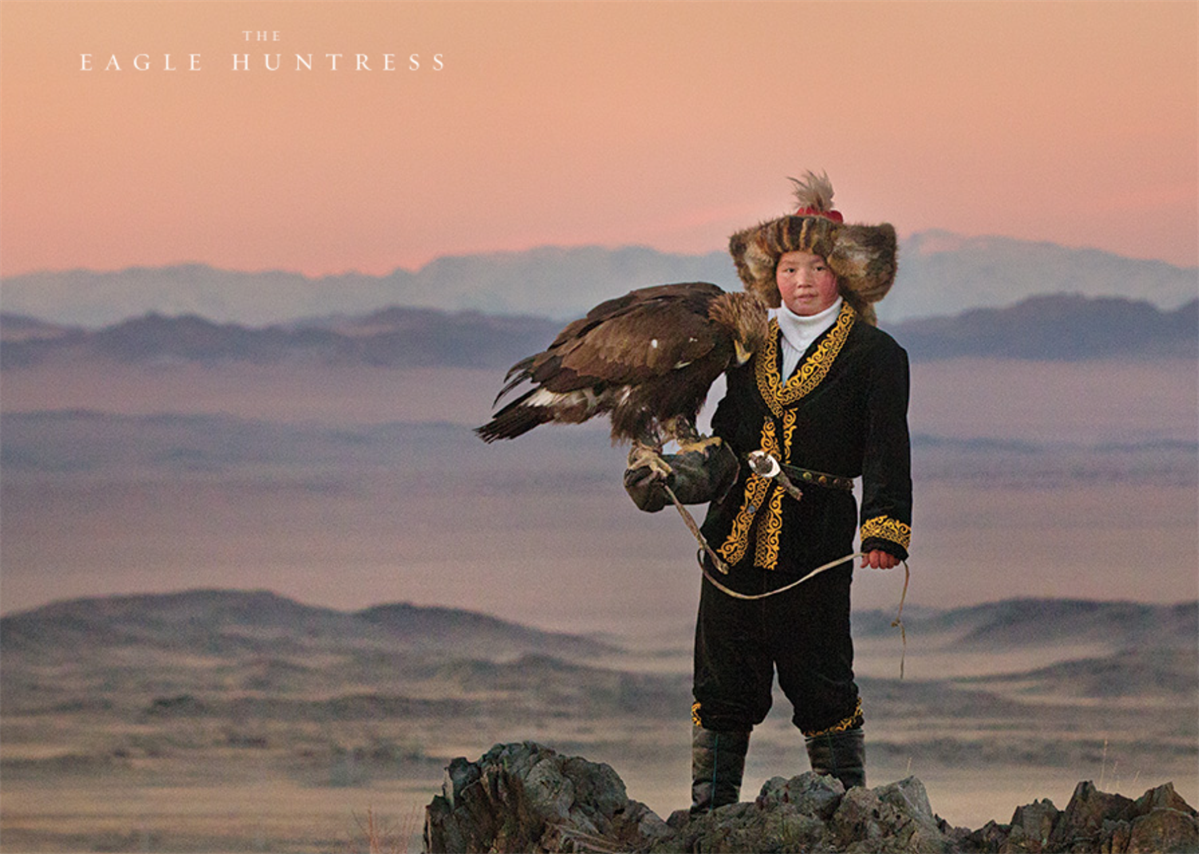 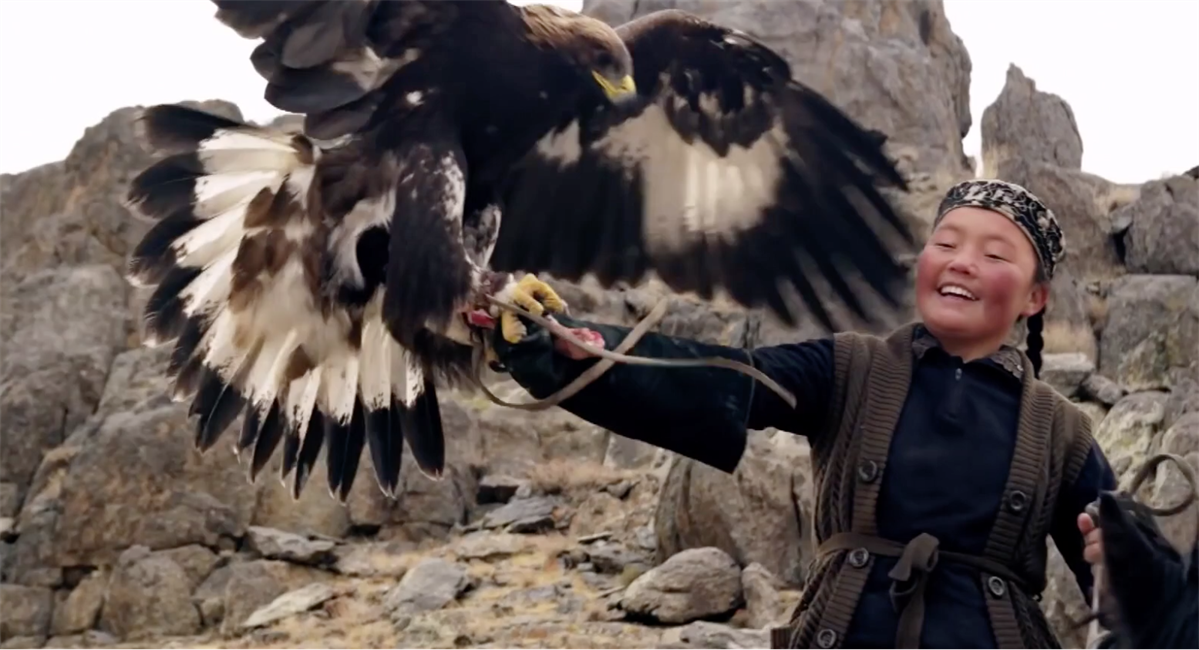 THE EAGLE HUNTRESS follows Aisholpan, a 13-year-old girl, as she trains to become the first female in twelve generations of her Kazakh family to become an eagle hunter, and rises to the pinnacle of a tradition that has been typically handed down from father to son for centuries. 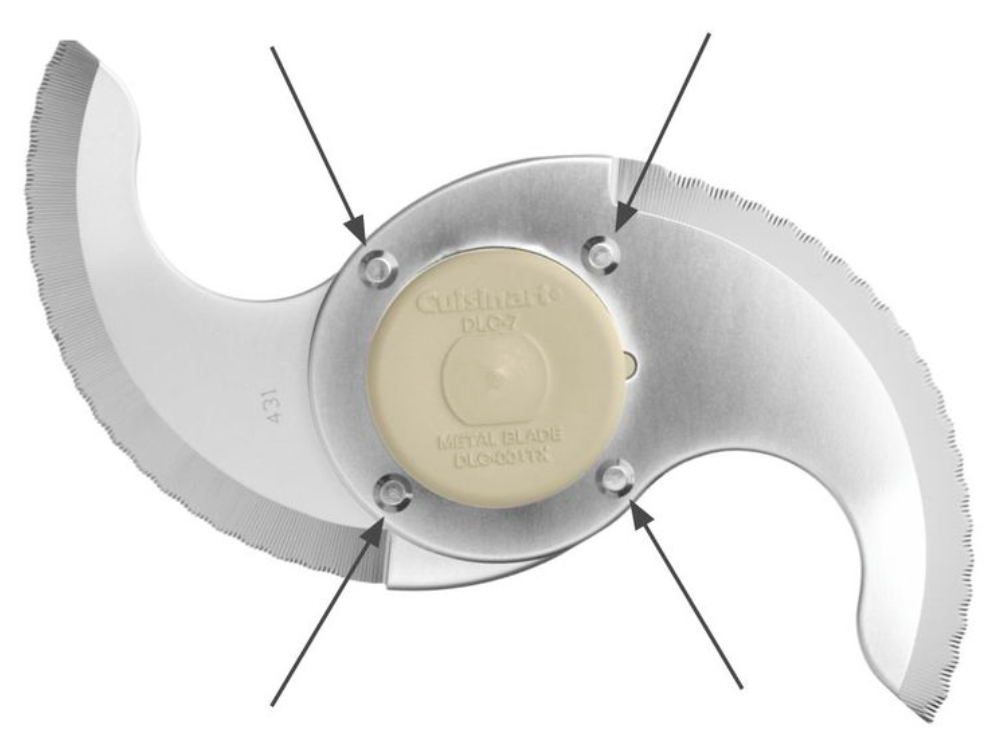 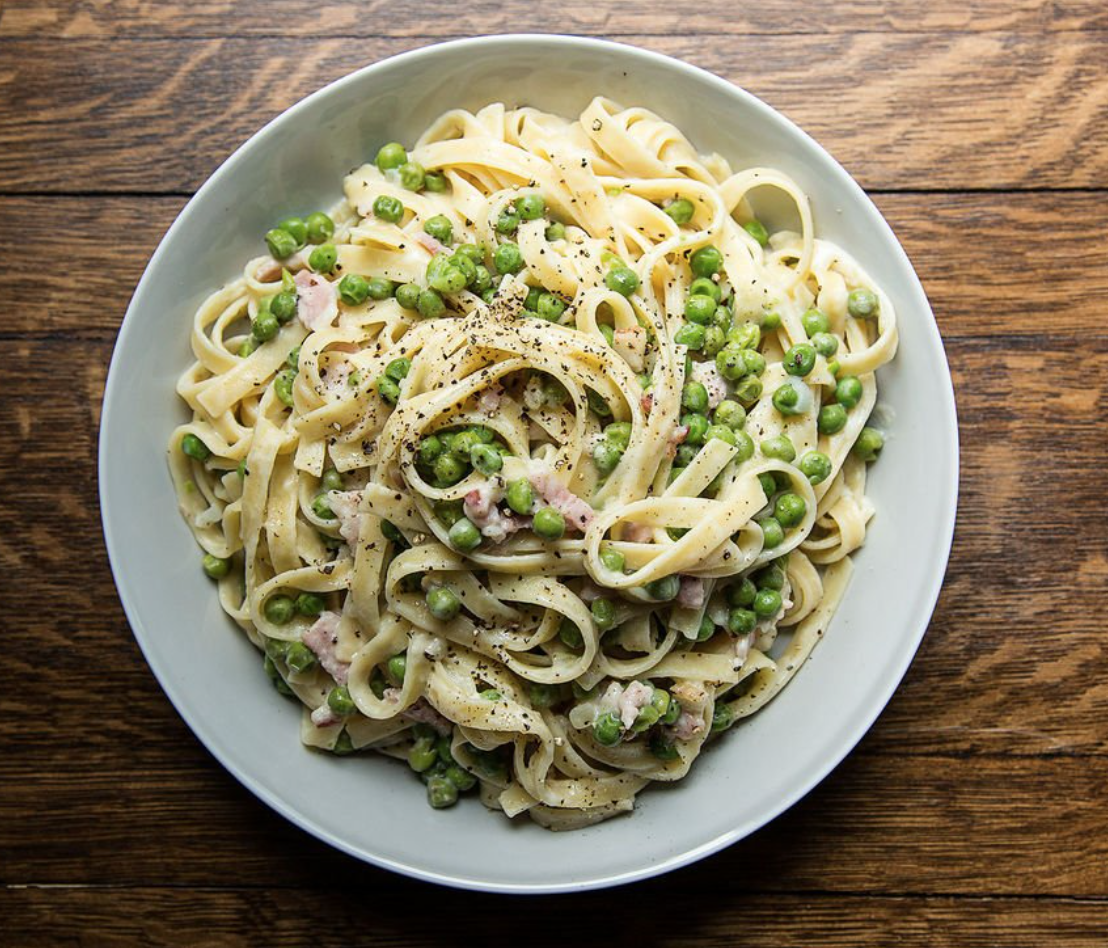 ADD PASTA WITH PEAS TO YOUR REGULAR WEEKNIGHT DINNER ROTATION

It’s a perfect “I have nothing in the cupboards” kind of dish, and you probably already have everything you need to make it: peas, bacon, onion, fettuccine, and parmesan. The recipe is endlessly changeable, and you can add or subtract ingredients according to whatever you’ve got lying around. The most important thing is to keep it simple, and you can’t go wrong.

1 lb. pasta, such as fettuccini

Combine peas, butter, bacon, onion, and 3⁄4 cup water in a 12" skillet over medium-high.

Cook until water has evaporated and peas are cooked, about 15 minutes.

Meanwhile, bring a large pot of generously salted water to a boil; add pasta, and cook until al dente, 10 minutes.

Transfer to a serving platter and serve immediately.

THE NEXT BEST PLACE: 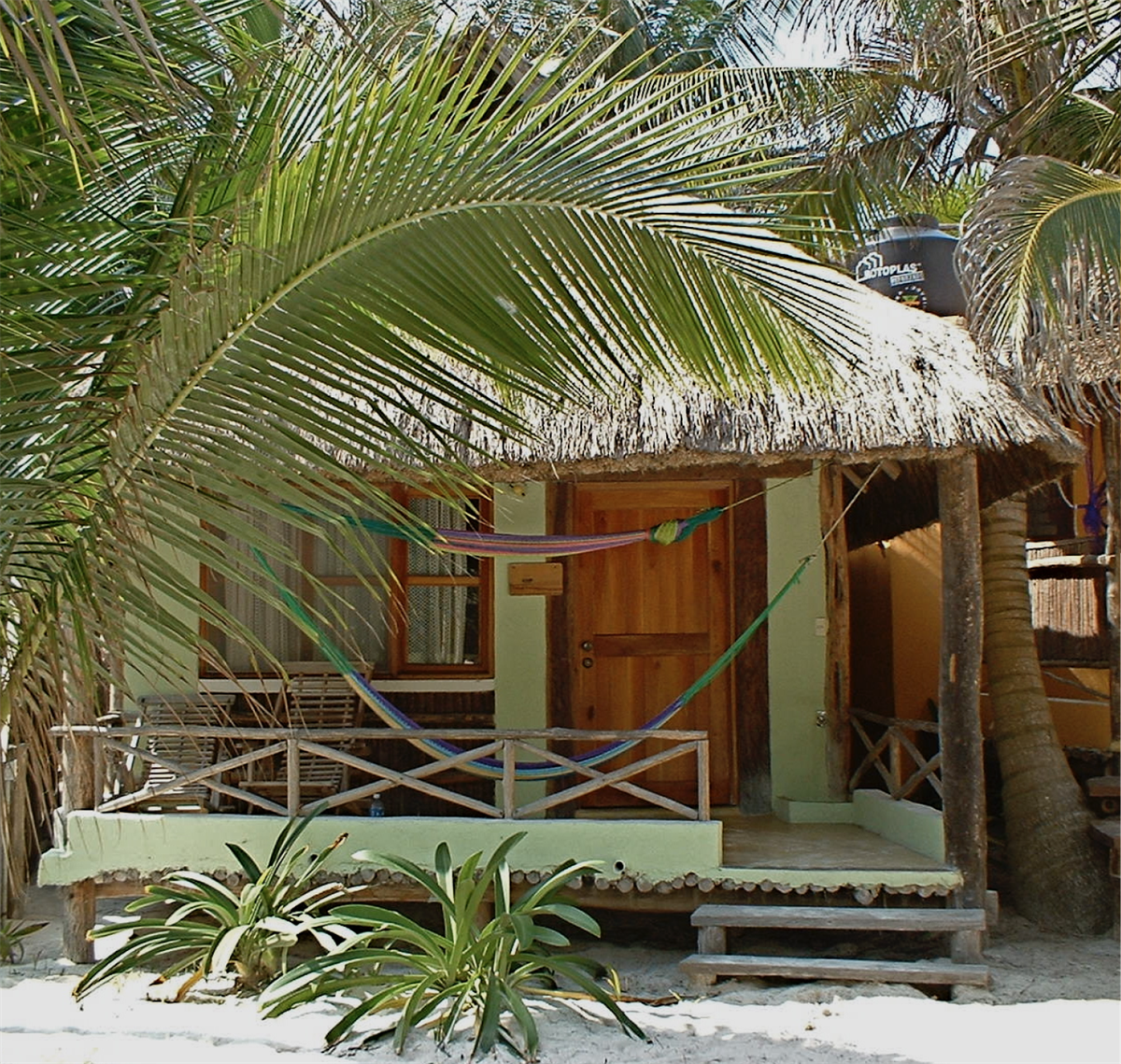 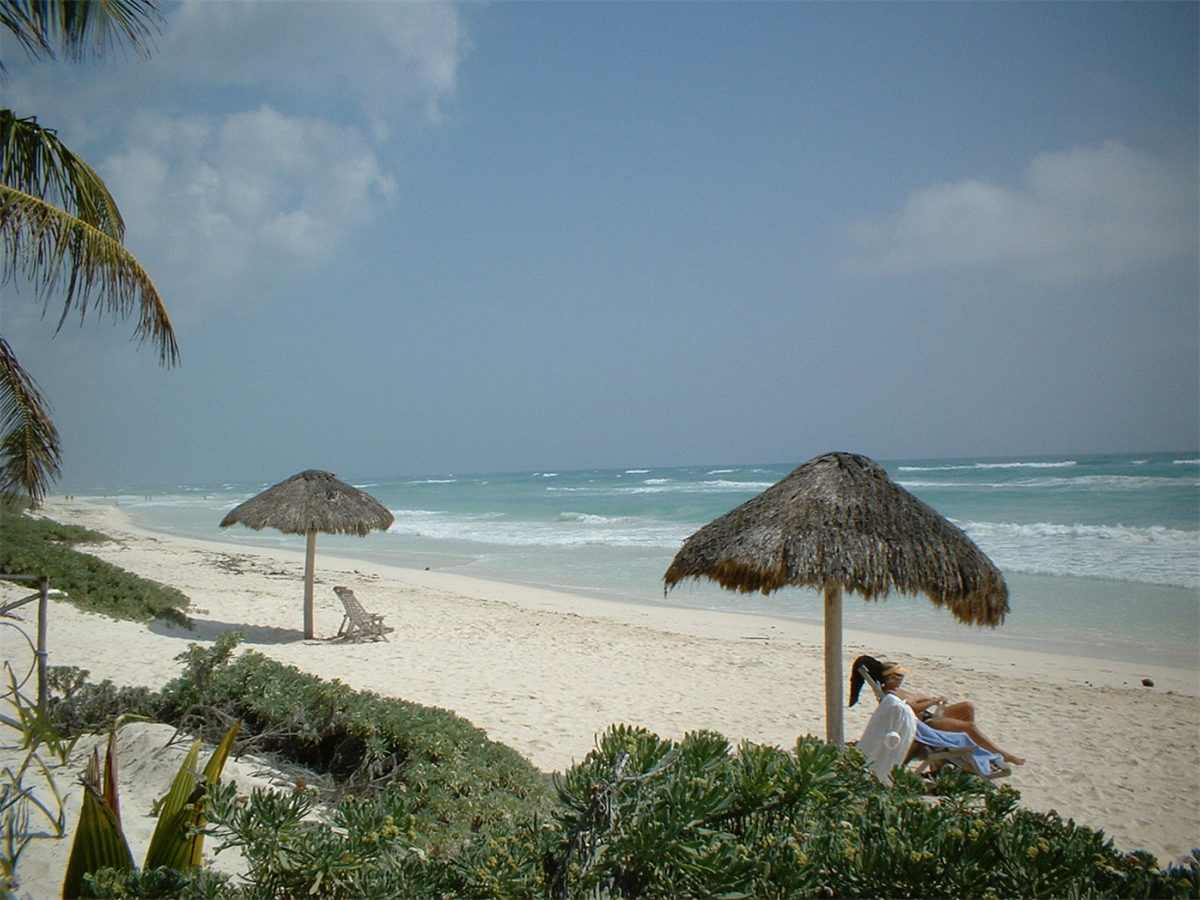 Every year at this time my thoughts go south.The idea of a lounge chair, warm sand, a good book, a Gulf breeze and a pass-the-Margarita-please kind of afternoon is such a strong memory, I am almost there. With twice the pesos to the dollar as the last time I was in the Yucatan, a strong case can be made to turn this daydream into reality. This is a terrific getaway if you need to take a break from whatever ails you. CHECK IT OUT   or visit   FaceBook

WHERE: Quintana Roo, MX, Riviera Maya, 8 kms. South from Tulum, and less than 2 hours from the Cancun airport

WHAT TO DO: There is snorkeling, scuba diving, exploring ancient ruins, bicycling, etc. Or, there's doing nothing - staying put, snoozing on the beach or in a hammock, cold beers and walking to your meals. 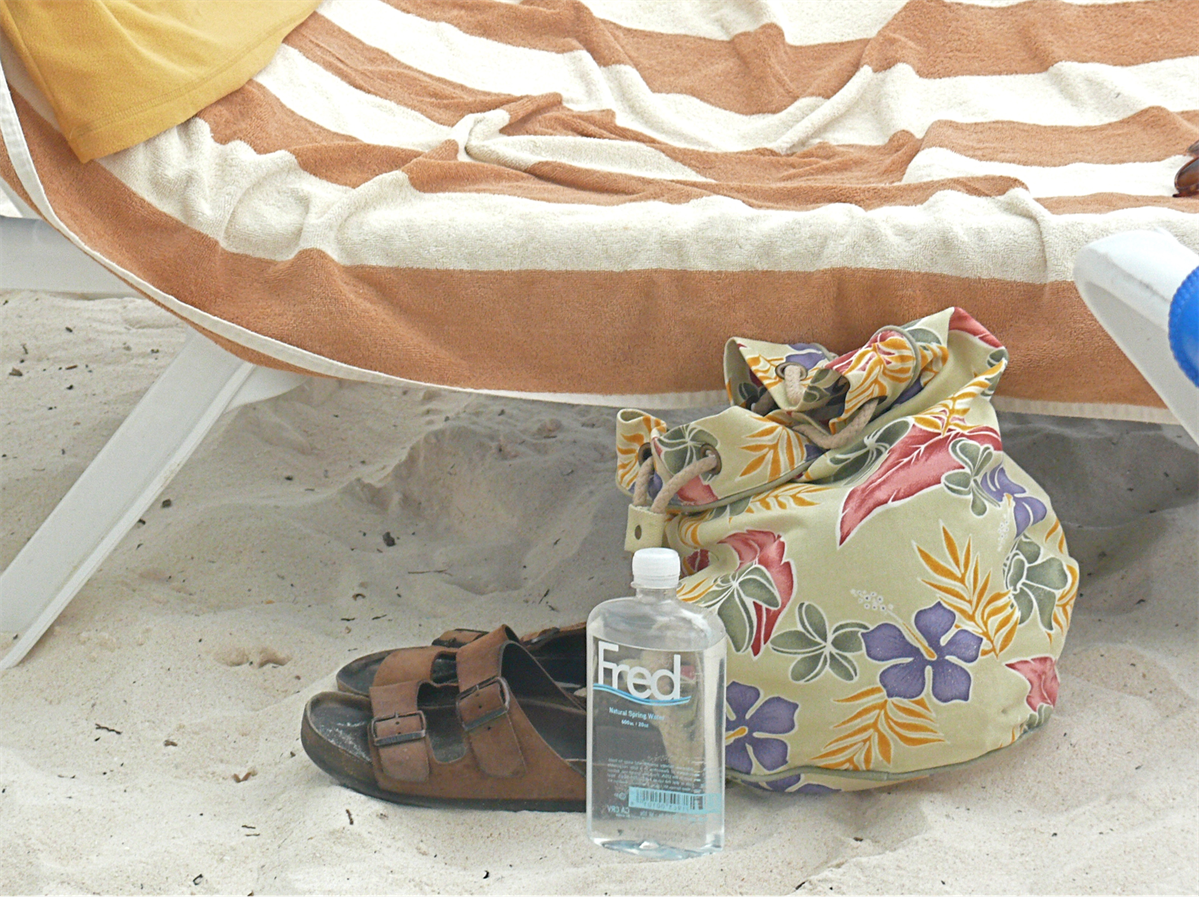 this is me doing nothing... 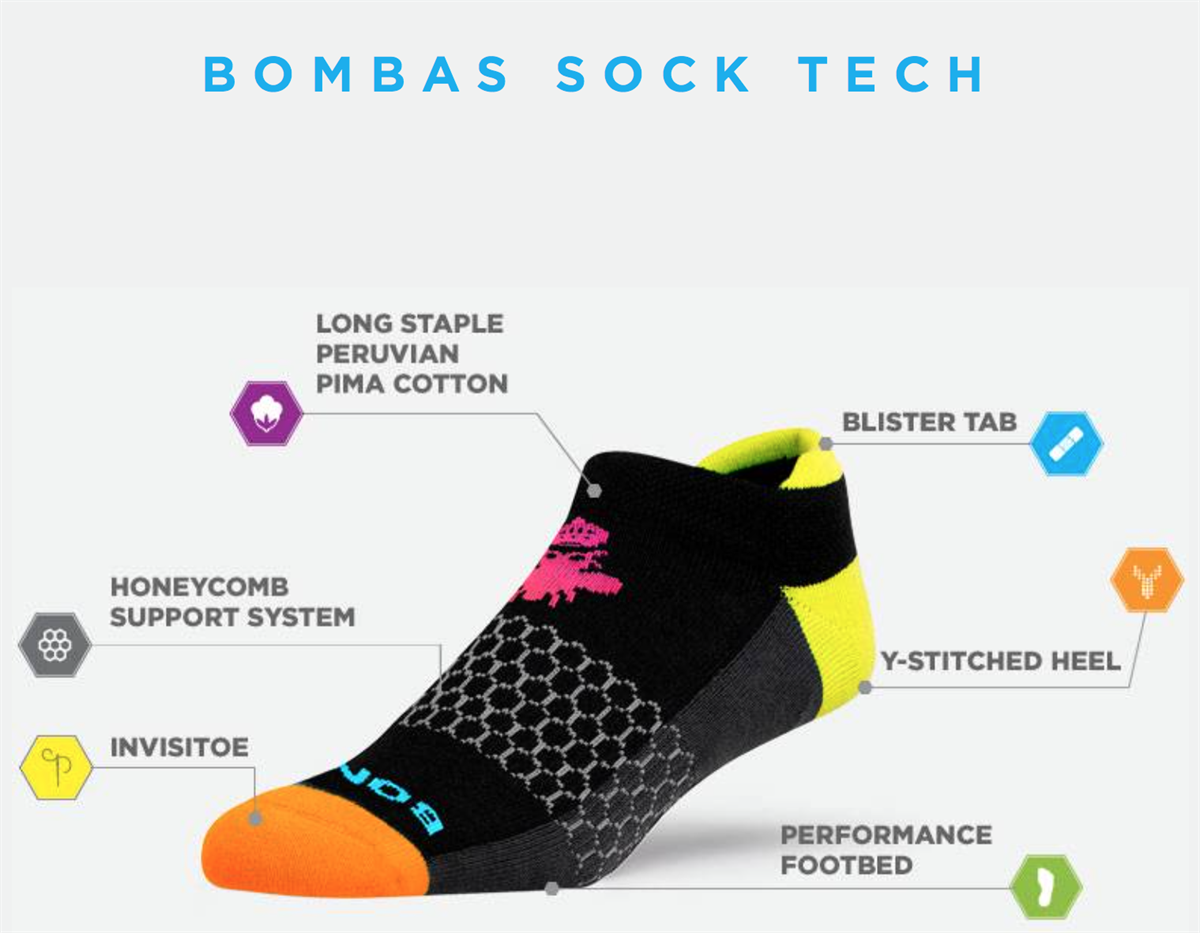 These are the bomb... 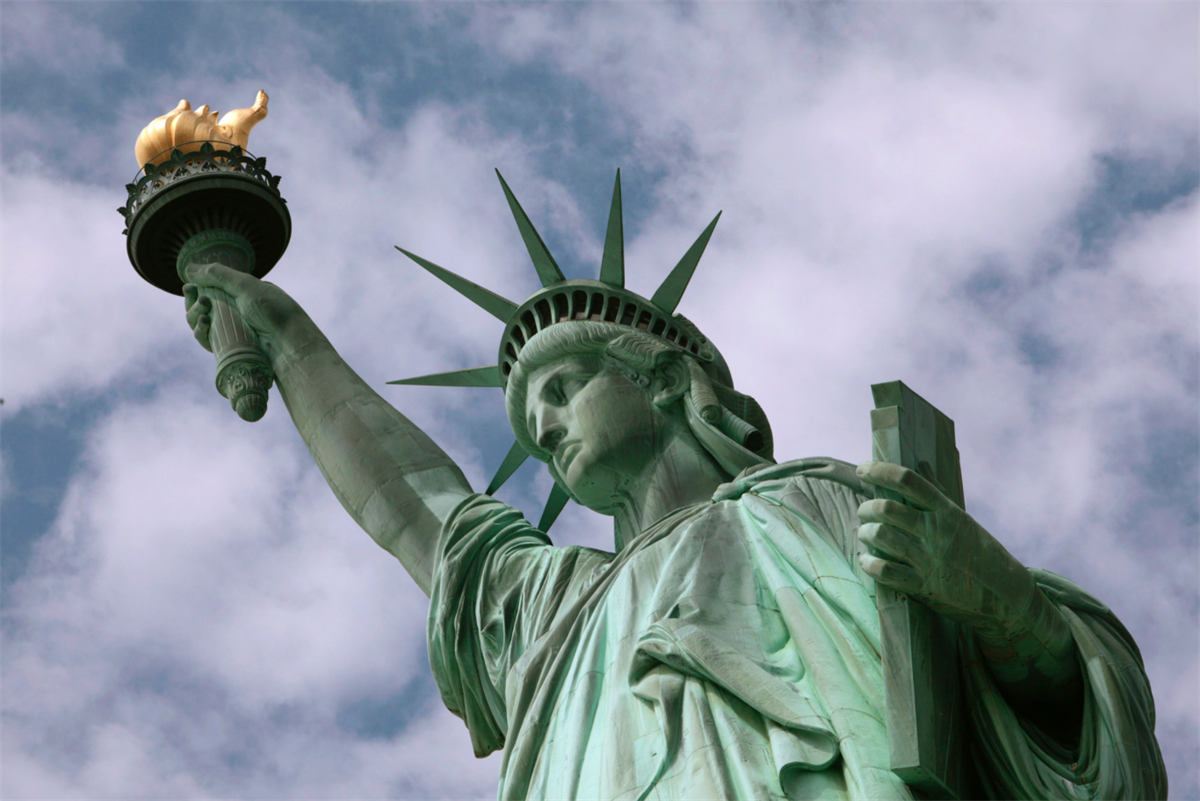 Give me your tired, your poor, your huddled masses yearning to breathe free.