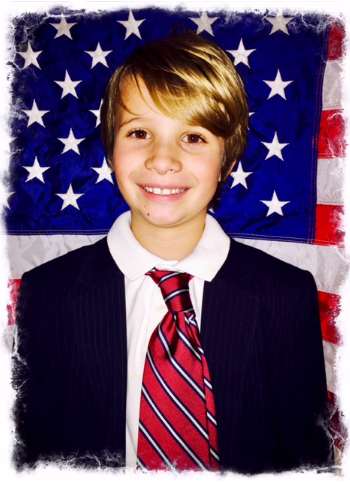 Pictured above: Majdah's son, Noble ( from his "Noble For President" school project) 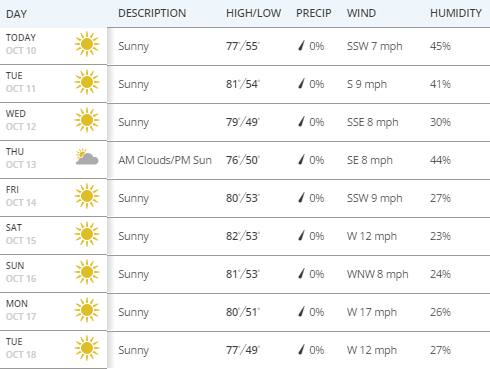 NOTE: Next week's  buZZ will be posted late next week

The election is Nov 8th. If you haven't registered, you have until TOMORROW October 11th(or Nov. 4th if you're voting Absentee). You can register online by CLICKING HERE

ELECTION DAY is TUES, NOV 8TH: Polls will be open from 7:00AM until 7:00PM. If you are in line at your voting location by 7PM, you'll be allowed to vote.

The Trump Card -  Before we get to last night's  Presidential Town Hall Debate....Mike Pence stood by his man in last Tuesday's first and only Reality vs Alt-Reality FightNite   ( formerly known as "The Vice Presidential Debate") and the country got a good look at someone running for President in 2020.Wait? Doesn't 11/8/2016 come before 11/9/2020? In stark contrast to Mr Trump's first debate, Gov. Pence did prepare  but it wasn't clear if the Presidential Debate Commission might not have given him faulty ears, as so many questions and charges went unanswered. Regardless, the Judge's decision went to MIKE PENCE.

A Big League October Surprise in the form of an extremely crass recording of a 2005  conversation between the GOP candidate and Billy Bush (a then host of Access Hollywood) sent the Trump campaign into a tailspin on Friday, and devolved into a bizarre series of poorly conceived reactions. When the apology finally came, it was a late night video from Trump Tower that was oddly reminiscent of a hostage video. By Saturday and well into Sunday, members of the GOP hastened to distance themselves from the candidate. In an effort to shift the focus off himself, instead of 1) appearing presidential, 2) focusing on debate prep or 3) announcing substantive new policy, it appeared that Roger Ailes finally took control resulting instead in a Hail Mary pre-debate Press Conference.Taking it one step further, the panel members were then VIP guests in the debate hall at Washington University. Panic is an unreliable arbiter of direction - and it produced a disastrous road map for a beleaguered Mr. Trump. It's too soon to judge the impact all of these events will have, but instead of remembering some of his better moments in the final 60 minutes, many viewers were left with the vision of a menacing unhinged candidate stalking his opponent on the debate stage. It was not a pretty picture for his campaign, the audience in St. Louis, our country nor the rest of the world. November 8th cannot come soon enough.

Okay -about Tuesday's FightNite... Jeeze, Tim Kaine must have forgotten how much we didn't like Mr Trump talking over and interupting Hillary in their first debate....Tuesday's VEEP Debate was a bit of a slugfest and who knew? Kaine was the pugilist, while Mike Pence just kept shaking his head..True Pence was calm and cool, but he still walked away with a lot of...

("Pinocchios"). But he's also the guy on the left:

(Speaking of Sex,Lies, and Videotape : while it's true that the DEMS run a bit of an "insult-driven campaign" - there are two things positive that can be said about all those insults: 1) Hillary and Kaine own them and 2) since most of them are simply Mr.Trump's own words, at least they can be substantiated. But don't forget, they are also POLICY DRIVEN - which hasn't exactly been Trump's long suit. Hillz also picked up endorsements from both The Nation and The Atlantic last week - quite a feat.)

As for last evening and the run-up to it - my overriding sensation was one of sadness. Whether people have issues with the investigated-ad-nauseum email/private server problem or former President Bill Clinton's infidelity, the fact remains that it is  Secretary Clinton who is running for President, someone who has devoted most of her life to public service and serving our country. There is NO COMPARISON between the Clinton Foundation's contribution to the global public and how the Trump Family Foundation has operated for the candidate's personal gain. To have subjected the Clinton Family to the pre-debate press conference held by Mr Trump and his panel of accusers is simply inexcusable. For the GOP candidate, whose so-called "locker room banter" video had already tested the limits of bad taste, it was almost inconceivable that the bar could been further lowered.  On so many counts, I cry FOUL.

The A-Team: Good New, More Bad News- Gary Johnson is getting more time in the spotlight, but that light hasn't been too flattering of late. Even Tim Kaine could no longer ignore him and forcefully criticized our former guv last Thursday after Mr. Johnson equated the targeting of noncombatants by the Syrian government with the accidental bombing of civilians by United States-backed forces. We all know he's smarter than he sometimes sounds, but ya gotta admit the Chicago Tribune and NH Union Leader (among the best known of publications that have endorsed him) must be wondering "What were we thinking?" by now -

NORWEGIAN WOULD: The 2016 Nobel Peace Prizewinner: Colombian President Juan Miguel Santos was recognized for his efforts to end the 52 year conflict with the left-wing FARC guerillas. While half the country left the table by voting "NO", looks like Juan got dessert. [Yes, I know it's confusing, BUT the Nobel Peace Prize is awarded not by a Swedish organisation but by the Norwegian Nobel Committee.]

And speaking of the prizes, three scientists -Frenchman Jean-Pierre Sauvage, Scottish-born Fraser Stoddart and Dutch scientist Bernard "Ben" Feringa - won a Nobel Prize in chemistry  for advances in a field that has big hopes for very tiny machines.  Hair! Hair! This is no small potatoes:

DYNAMITE IDEA - Where does the prize money come from, anyway? It's from some of the interest earned on the fortune of Alfred Nobel.  After his brother Emil was killed by in a plant explosion while working with nitroglycerin,Nobel wanted to come up with a safer method of handling it - which led to the invention of dynamite.

We almost have a new Secretary General: On Thursday last, the former Prime Minister of Portugal, Antonio Guterres was unanimously nominated by the UN Security Council. The UN General Assembly is expected to meet sometime this week to approve his five-year appointment.  As head of the UNHCR refugee agency from 2005 to 2015, Mr Guterres led the agency through some of the world's worst refugee crises, including Syria, Afghanistan, Iraq. During that time, he repeatedly appealed to Western states to do more to help refugees fleeing the conflicts. (It's unlikely that Mr Guterres and Mr Trump will be dining together anytime soon unless our country votes "Make America Great Again" on Nov. 8th)

WikiLeaks, meanwhile, released excerpts of emails belonging to Clinton campaign chair John Podesta - also on Friday.They allegedly contain information related to Hillary's paid, closed-door speeches to Wall Street executives. Friday was a busy day and the emails were so colossally overshadowed by the 2005 recording bomb that the whistle-blowing organization has published them in a Kindle format this morning.Time will tell how much of a controversy these become. Stay tuned.

Visit the Zoo or Aquarium and Botanic Garden for half-price. 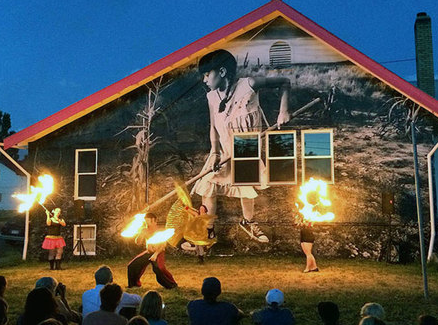 "In celebration of our 10th anniversary, 516 ARTS presents DECADE, a group exhibition and series of off-site projects that draw from the diverse local, national and international artists we have worked with since we opened. This exhibition explores a wide variety of themes and practices that 516 ARTS has explored since its inception including: environmentalism/land-based art, street art, new media art that intersects with science and technology, public art and socially engaged projects. The off-site art projects around the city are presented as points of access to contemporary art that connect back to the exhibition at 516 ARTS in Downtown Albuquerque. By bringing 516 ARTS out to other parts of the city, this exhibition spreads awareness about the urban core and its connectivity to the rest of the city."  -516 ARTS

THIS SUNDAY: A Fathom event at your local movie theater... 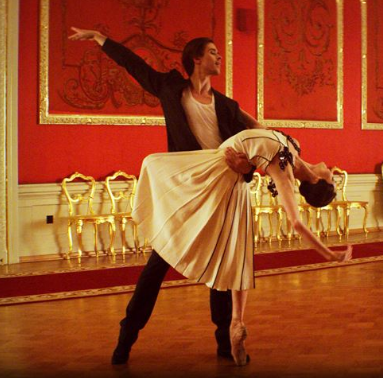 A satire of Europe during the Roaring 20s, The Golden Age makes for an original, colorful and dazzling show with its jazzy score and music-hall atmosphere. This ballet, that can only be seen at the Bolshoi, has everything to it: mad rhythms, vigorous chase scenes, and decadent cabaret numbers. With its passionate love story featuring beautiful duets between Boris and Rita, the Bolshoi dancers plunge into every stylized step and gesture magnificently. 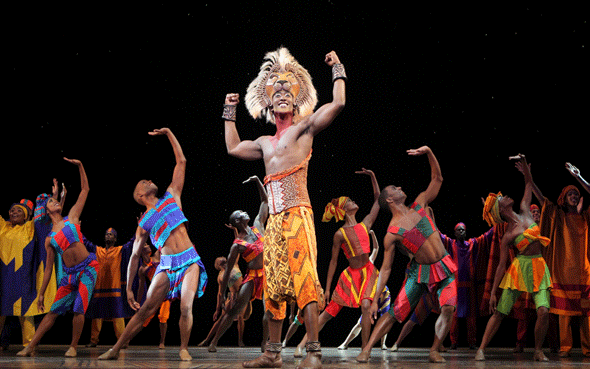 WHAT'S COOKIN' LOCALLY and/or NOT SO LOCAL:

Santa Fe - For a look at their menus, address, and directions Please Click Here and a word to the wise:you can definitely split the entrees. 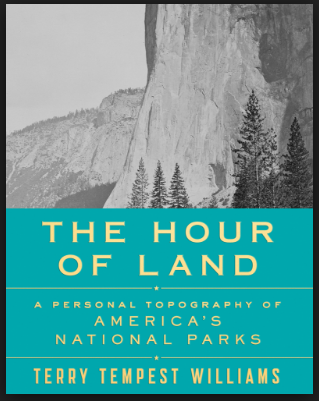 Released May 31, 2016 - Inspired by the National Park Service’s celebration of its centennial, the nature writer Terry Tempest Williams has taken a look at a dozen of its parks, emerging with a collection of essays that’s a personal journey as much as a meditation on the purpose and relevance of national parks in the 21st century. “The Hour of Land” isn’t a guidebook, taking readers through the nation’s most popular or most frequently visited parks — quite the opposite. Instead Williams embarks on an idiosyncratic journey through various landscapes (some empty, some crowded), delving, along the way, into the politics, activism, history and people that are also a crucial part of them.(NYT June 1, 2016)

It's hard to pick which movie to see this week and they are "Stacking up at Kennedy" as they say - to name a few: Clint Eastwood's SULLY with Tom Hanks, THE DRESSMAKER set in Australia with Kate Winslet and Judy Davis, HELL OR HIGH WATER set in West Texas where the distinction between who's wearing the white hat and who's wearing the black gets a bit blurred, and the certain to be delightful QUEEN OF KATWE about a young girl from Uganda who trains to become a world chess champion - Sogea, Bobby Fischer as they say in Swahili.

Think of the world's thinnest matzo - maybe not the real deal [as in real Panne Guttiau] but these crisp,tasty crackers from TJs top the list as a great new CDS (Cheese Delivery System).

IT'S ABOUT THE JOURNEY - this week's vacation pick 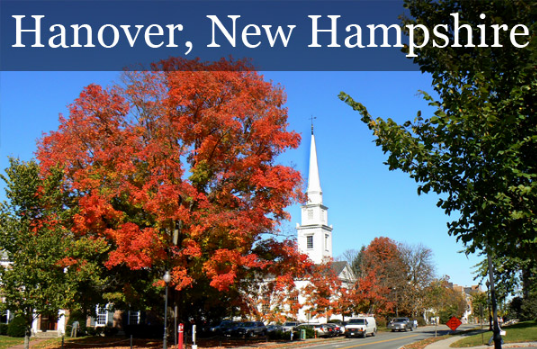 And it's also about the Fall color - so if you miss it this year, put in on the calendar or your Bucket List -

this area of New England is among my favorites.

Town and Gown - great shops, home of Dartmouth College, and terrific handmade crafts at The League of NH Craftsmen Gallery. 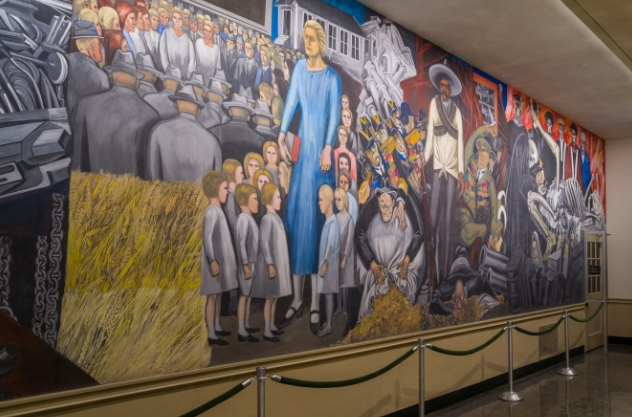 WHERE TO STAY: The Hanover Inn

WHERE TO EAT: PINE Restaurant, Murphy's On The Green, Molly's

LITTLE KNOWN FACT:When you are in Hanover, you're also about 90 min from some of the world's best beer at Hills Farmstead Brewery.( Oh Ye of Little Faith - READ THIS ARTICLE  )

I think the cookware product is pretty swell,  You can also get the all-purpose cleanser and polish BKF (and another potential  BFF)  at Home Depot for about $1.50. You'll be Whistlin' Dixie with counters clean as a......you guessed it...a....:

The 3rd and final Presidential Debate 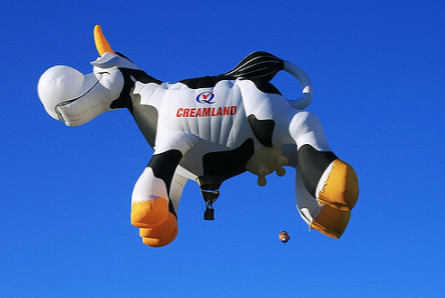