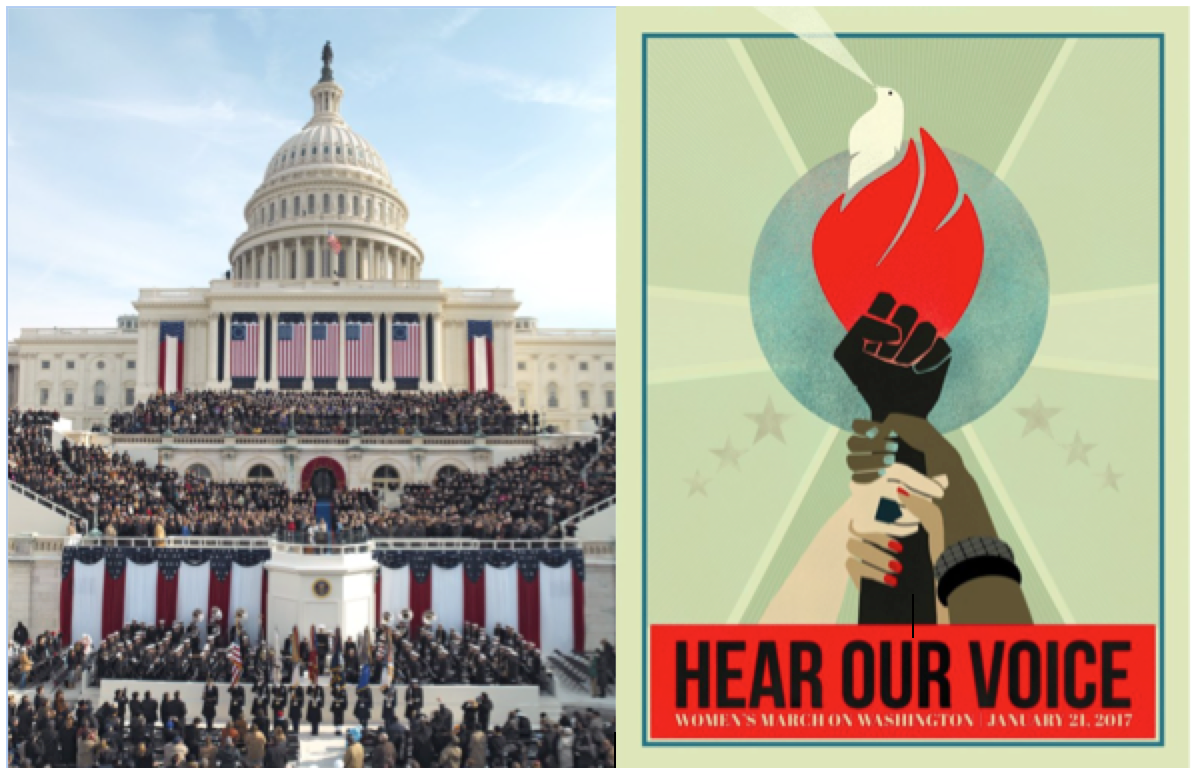 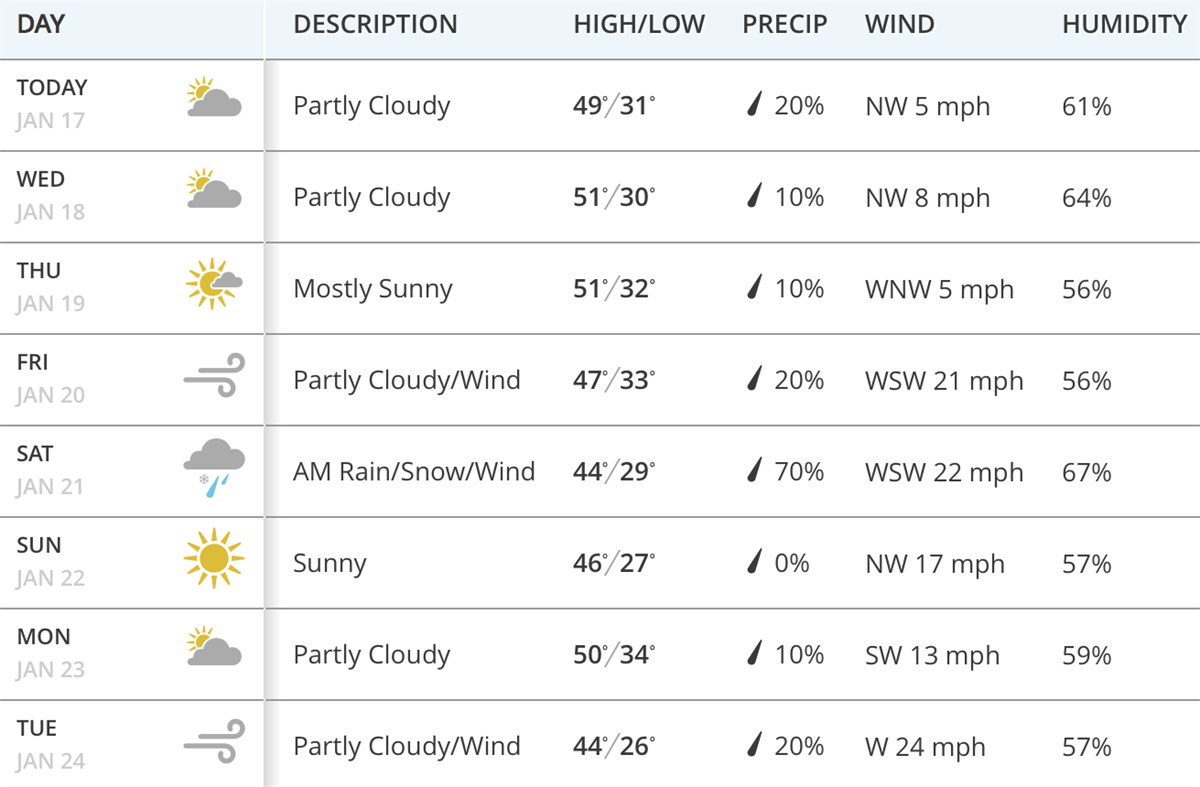 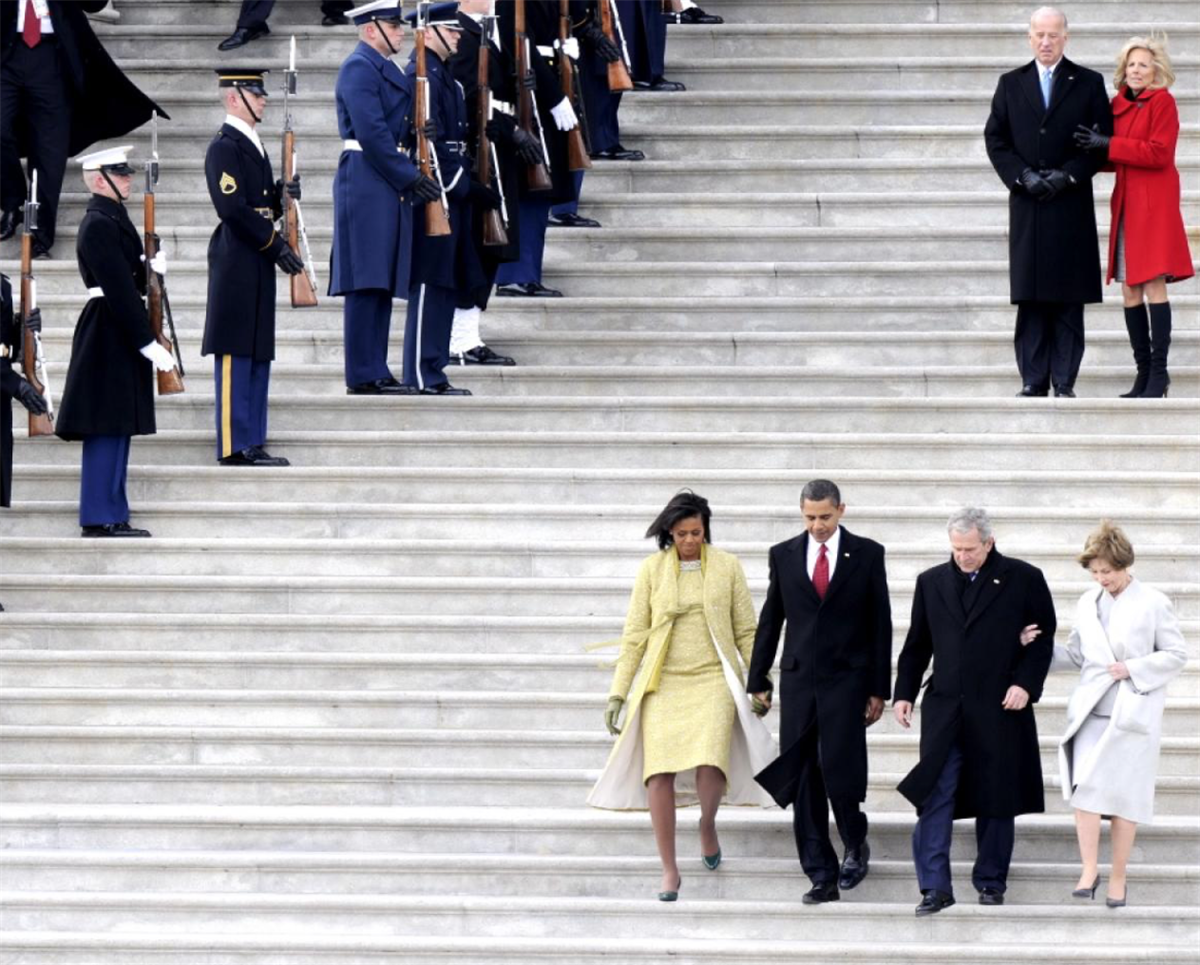 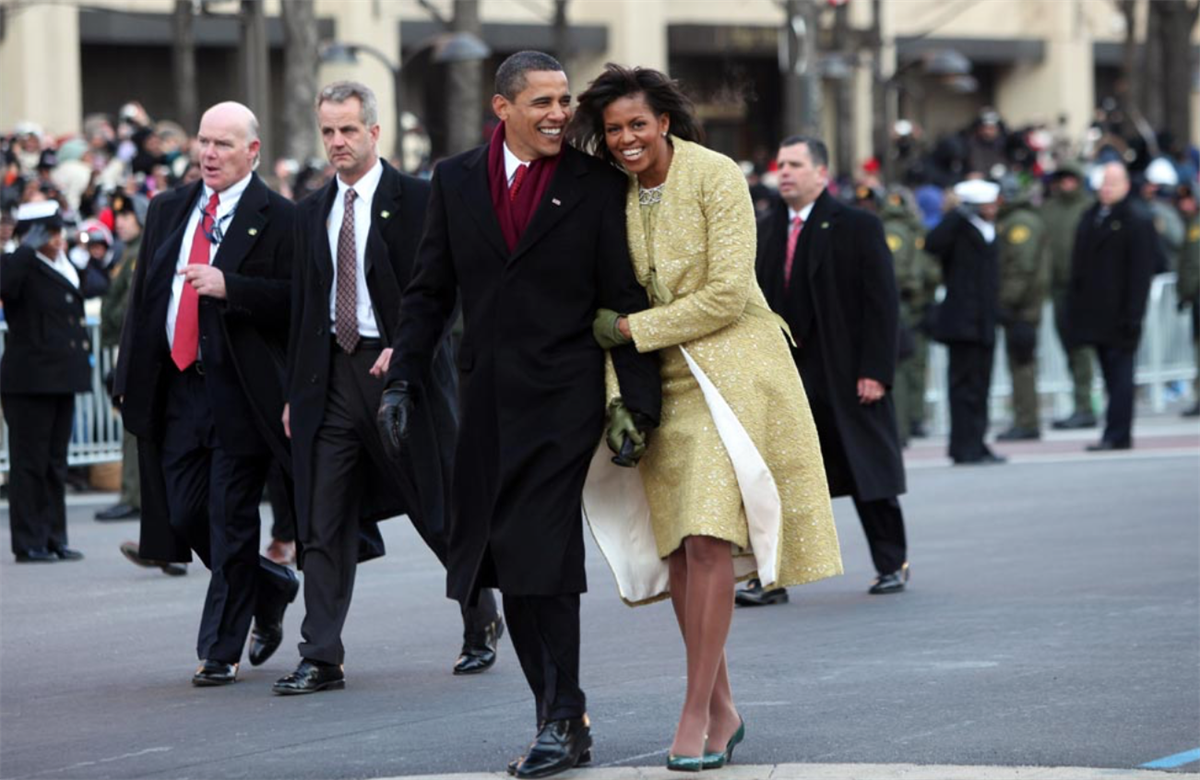 YOU'VE GOTTA SEE THIS! (CLICK HERE) - President Barack Obama surprised an emotional Vice President Joe Biden Thursday by presenting him the Presidential Medal of Freedom, the nation's highest civilian honor, during a White House ceremony. "If you can't admire Joe Biden as a person you've got a problem," Obama said quoting a Republican senator. "He's as good a man as God ever created."  BIG SHOES TO FILL.

"For many years our country has been divided, angry and untrusting. Many say it will never change, the hatred is too deep. IT WILL CHANGE!!!!" (PEOTUS tweet) Perhaps ripping civil rights icon John Lewis isn't the most effective manner of bridging the gulf- In a tweet Saturday, Donald Trump lashed out at Rep. John Lewis after the civil rights icon said he doesn't view Trump as a "legitimate president” —apparently Trump has a different assessment of Rep. Lewis: "All talk, talk, talk - no action or results. Sad!" The confrontation has triggered a broader boycott of Trump’s inauguration by Democratic lawmakers previously on the fence about attending.

Speaking of BIG SHOES...Following a report that Linda Bean, the granddaughter of L.L. Bean, donated $60,000 to a political action committee supporting Donald Trump called Making America Great Again LLC, shoppers began boycotting the Maine-based company. PEOTUS delivered a swift kick to naysayers on Thursday, tweeting: "Thank you to Linda Bean of L.L. Bean for you great support and courage" and "People will support you even more now. Buy L.L. Bean."  (Will the Tweeting and commercial endorsements stop post - January 20th?)

INSURANCE FOR EVERYBODY? DRUGS? Trump revealed in an interview with The Washington Post that he’s almost finished with a plan to replace ObamaCare and vowed to have “insurance for everybody.” To the astonishment of many, he insisted that his plan for replacing the ACA is all but finished,  adding that care would have “lower numbers, much lower deductibles.” While he declined to reveal pertinent details of the plan, he did tell The Post in the interview published Sunday night that drug companies will be forced to negotiate on Medicare and Medicaid prices. Oh! And he also plans to fight pharmaceutical companies over drug prices. WOW!! Too good to be true? Probably.

The Chicago Cubs visited the White House for the first time since 1888 on Monday, with President Obama congratulating the baseball world champions in one of his last official acts as president. "I made a lot of promises in 2008 . We've managed to fulfill a large number of them. But even I was not crazy enough to suggest that during these eight years we would see the Cubs win the World Series." A longtime White Sox fan, Obama - as always - was his gracious and inclusive self. Batter up.....

Shortly after naming his son-in-law, Jared Kushner, special advisor - Ivanka Trump announced she would be stepping down from her role at the Trump Organization. Since Melania won't be assuming FLOTUS duties anytime soon, my guess is the First Daughter (FDOTUS?) will be WH Chatelaine Pro Tem - and maybe even oversee renovations rumored to include a Glam Room for Wife Number Three.

HOW'S YOUR HEARING? Not so good for many of the Cabinet picks, rife with conflicts of interest and baggage - people still associate Confederate flags and racism with Sessions despite his protestations to the contrary, Tillerson in yet another Putin bromance, DeVos with nyet experience with teaching (although but her check writing expertise will probably further the school voucher program - which is likely to sound the death knell on public education), EPA and HHS picks under fire for insider trading and mishandling designated funds, but: with a majority in the House and Senate, What Me Worry?

Breaking News: Betsy DeVos has just cited the "danger of grizzlies" as reason enough to allow guns in school

As for worries...those pesky intelligence agency briefings, and questions about the authenticity of allegations contained in an unverified dossier prepared by a credible ex-British spy continue to send ripples from the Potomac all the way to the Moskva. If we are experiencing some discomfort here on the foreign affairs front, chances are the feeling is mutual Europe  after reading Trump's interview, published today in Bild and The Times of London, describing NATO as "obsolete," criticizing an ally who is facing a tough election, Angela Merkel, of making "catastrophic mistakes," and praising the BREXIT move as a likely harbinger of other EU defections.

[Perception vs. reality - inquiring minds want to know. NATO Primer: the North Atlantic Treaty Organisation -- was founded in 1949 to offset the Soviet domination of eastern Europe, which ended in 1989 with the fall of the Berlin Wall and the subsequent collapse of the Soviet Union in 1991. Moscow's eastern European allies joined NATO after the end of the Cold War, sparking angry accusations in Russia that the West sought to encircle it. The alliance today has 28 members, and 22 other countries in a so-called Partnership for Peace Program. Members pledge to defend each other if attacked, although the only time the self-defence clause has been invoked was after the 9/11 terror attacks on the United States. According to PEOTUS it's about paying your fair share (all but 5 members are in arrears) - however the perception is all this talk ultimately benefits Russia.] WHY? 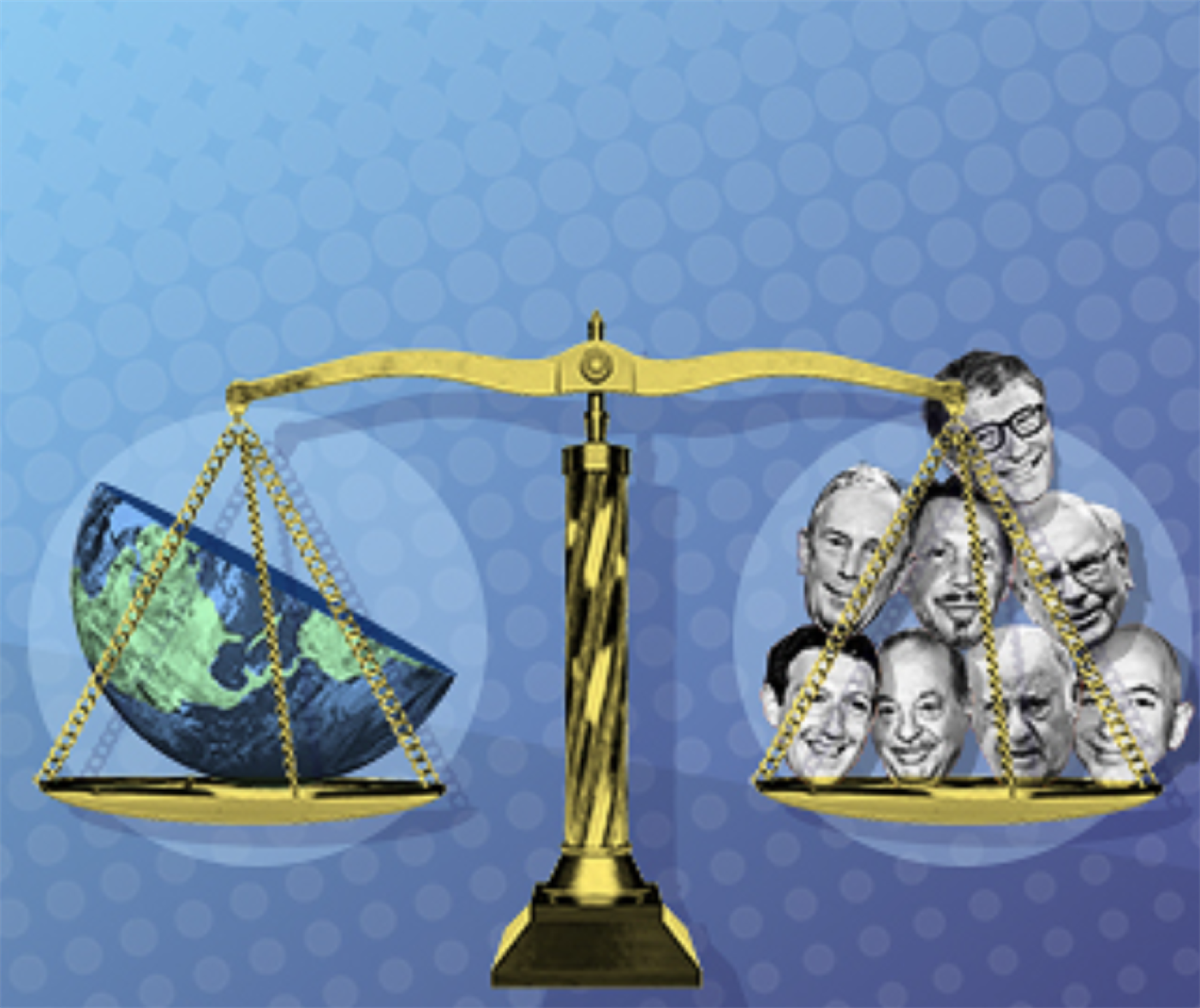 When 8 = 3,600,000,000. These guys control as much wealth as the world's poorest 3.6 billion people. Bill Gates, Warren Buffet, Carlos Slim (MX), Jeff Bezos, Mark Zuckerberg, Amancio Ortega (SP), Larry Ellison and Michael Bloomberg are collectively worth $426 billion. With the above graphic, you can form your own opinion about the balance/imbalance of wealth - hmm...wonder what the total is for the Cabinet picks? 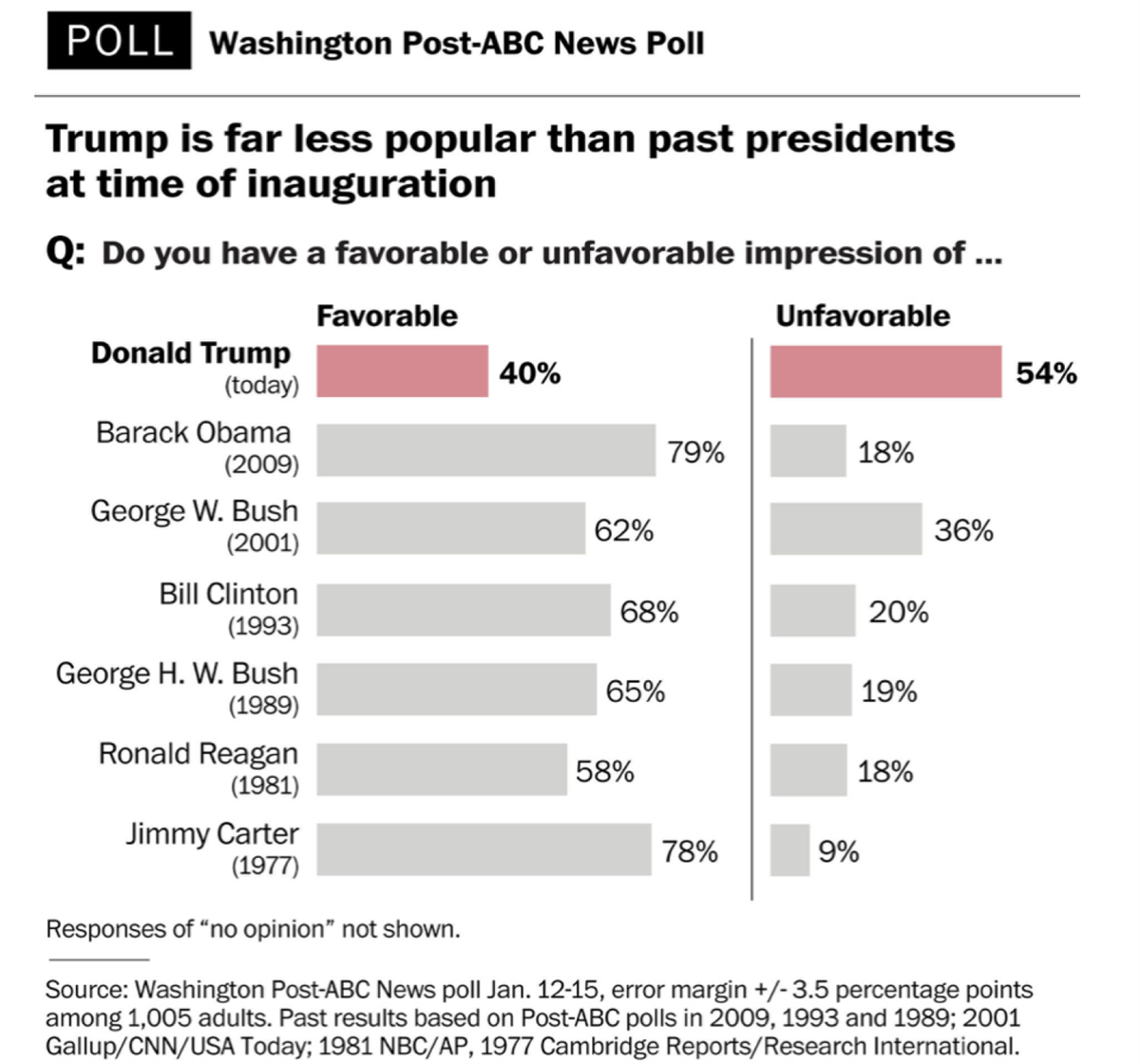 "Trump is more critical of NATO, EU, & Germany--all close allies--than he's ever been of Putin & Russia. We're entering an upside down world."   -Ivo Daalder, former US Ambassador at NATO

Join us as we gather on January 21 at 11:00 AM at Civic Plaza for the Women's March on Washington in Albuquerque Rally. This is an inclusive event, open to ANYONE who supports women's rights. 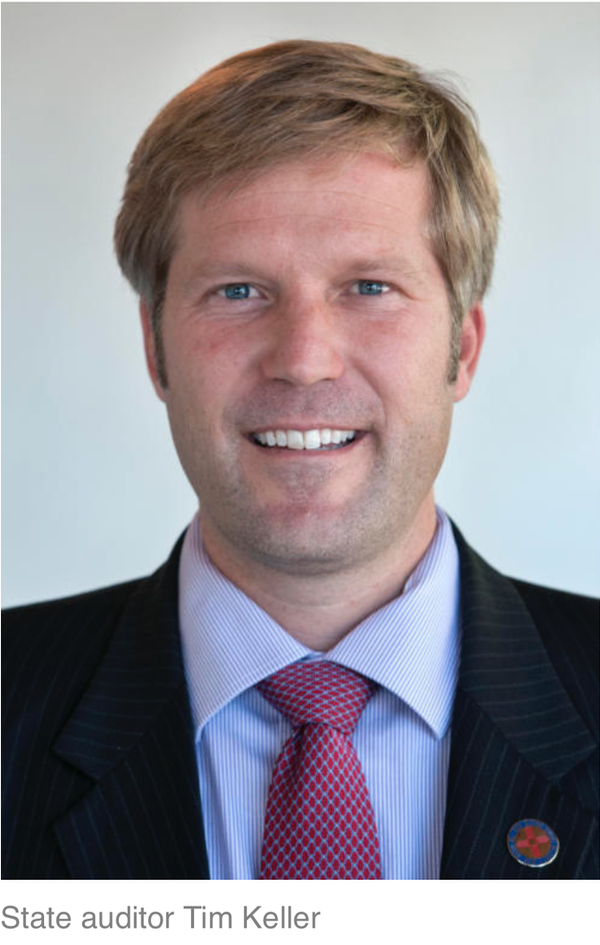 Mayoral Candidates are in season. Tim Keller, who has been an exceptional State Auditor, announced his candidacy on Wednesday - the latest to throw his hat in the ring. In a statement issued that morning, Tim said he would focus on the city's economy and reforming APD.

With the likelihood of up to 10 people running on the October 3rd ballot, there's plenty of opportunity to pick someone at the grassroots level and Make Albuquerque Even Better. C'mon, roll up your sleeves and dig in! 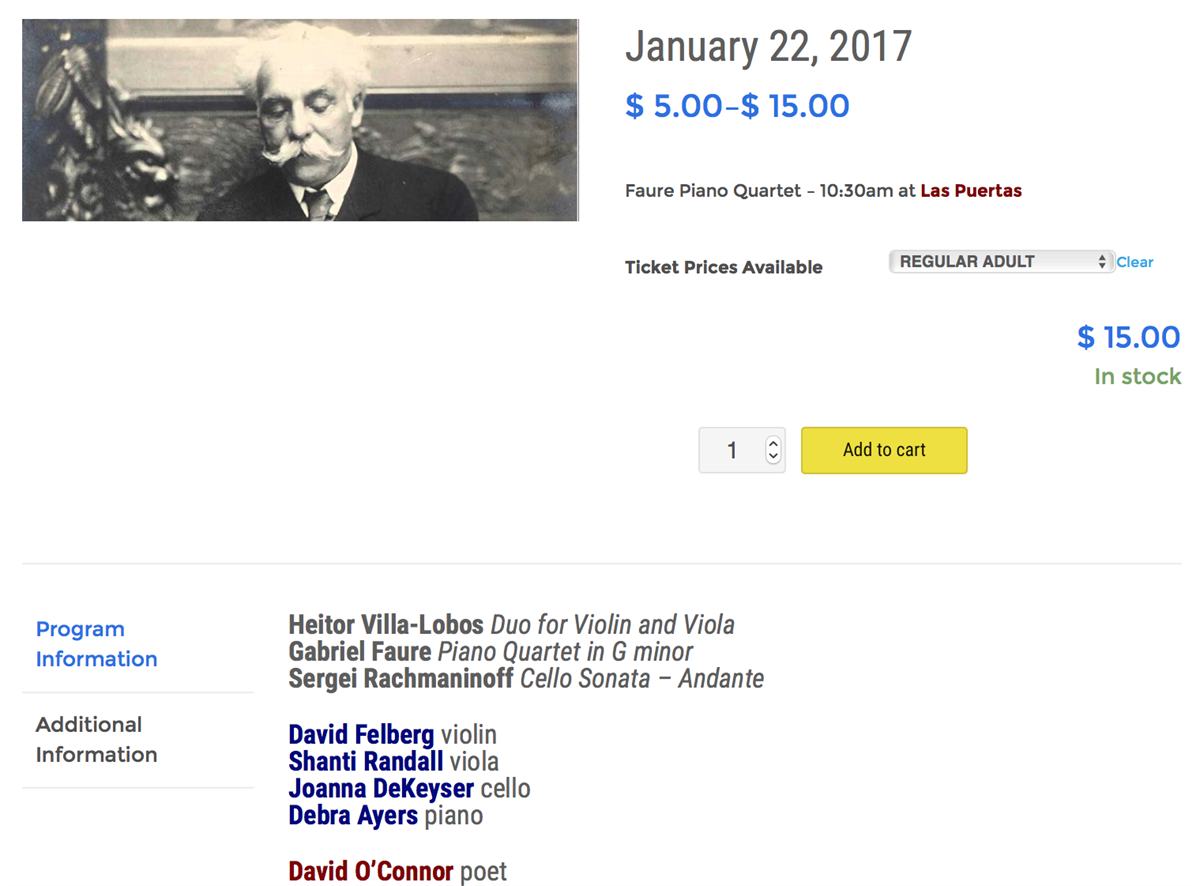 CONSUMERVILLE - What is wrong with this picture? 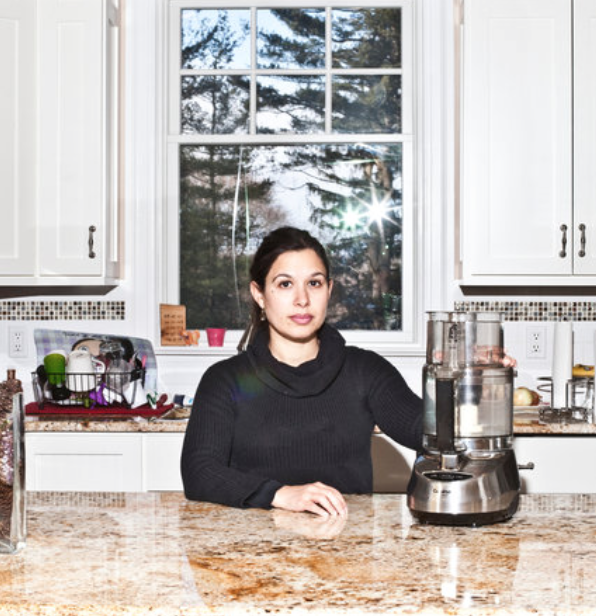 In case you missed it in the Christmas shuffle, CUISINART recalled the blades in more than eight million food processors in mid-December. The timing couldn't have been worse, but Cuisinart users are a loyal legion and I count myself among them. I just thought I'd give you an update: my replacement blade arrived in the mail on Friday (BTW - that's not me in the above photo). If you somehow missed all of this, PLEASE CLICK HERE for which models were affected, what paperwork you need to complete, etc.  If you're traumatized by the prospect of no homemade hummus for a month, Cafe Istanbul on Wyoming near Constitution has your back.

President Obama reading “Where the Wild Things Are” to children at the White House in 2014.

"Not since Lincoln has there been a president fundamentally shaped — in his life, convictions and outlook on the world — by reading and writing as Barack Obama."   Last Friday, President Obama sat down in the Oval Office and talked about the indispensable role that books have played during his presidency and throughout his life. CLICK HERE 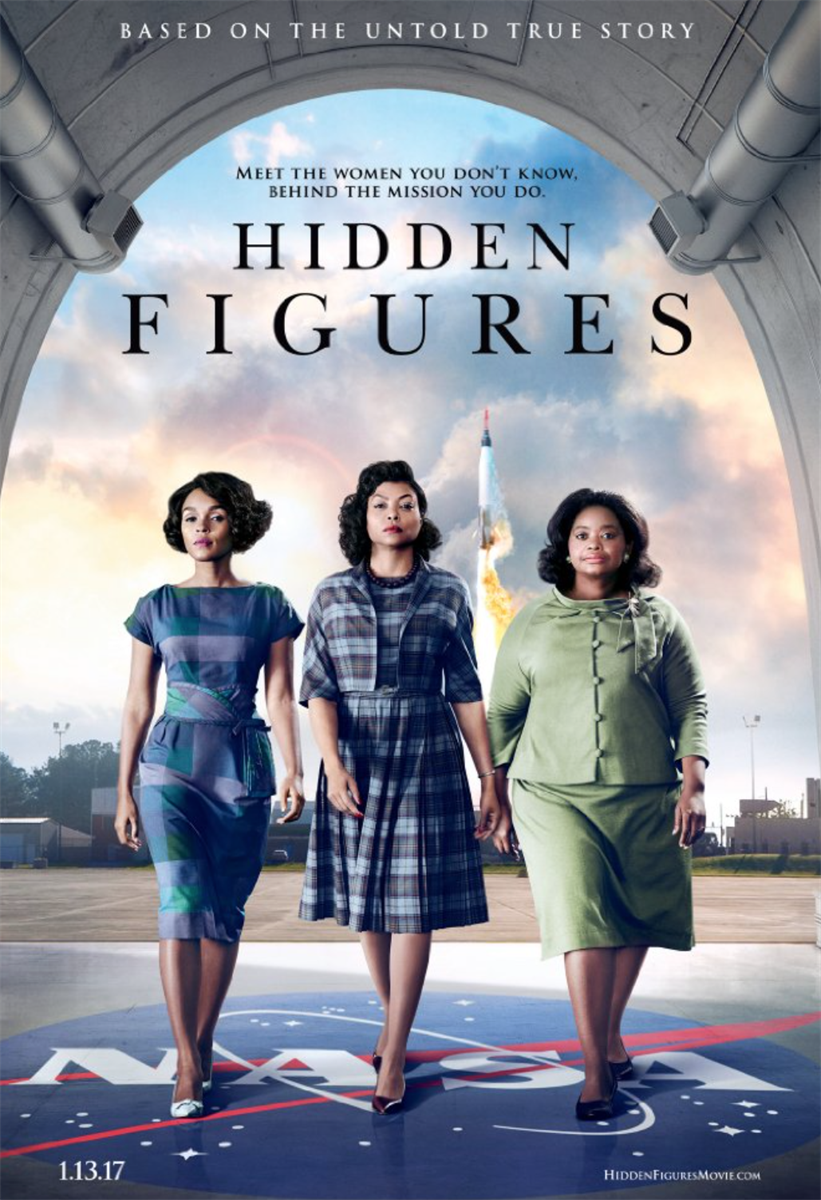 Three female African-American mathematicians (Taraji P. Henson, Octavia L. Spencer, and Janelle Monae) provide crucial calculations for NASA's space race against the Soviets, all while dealing with the racist and sexist assumptions of their white co-workers. Kevin Costner, Kirsten Dunst, and Jim Parsons co-star in this adaptation of the book of the same name by Margot Lee Shetterly. Directed by Theodore Melfi. 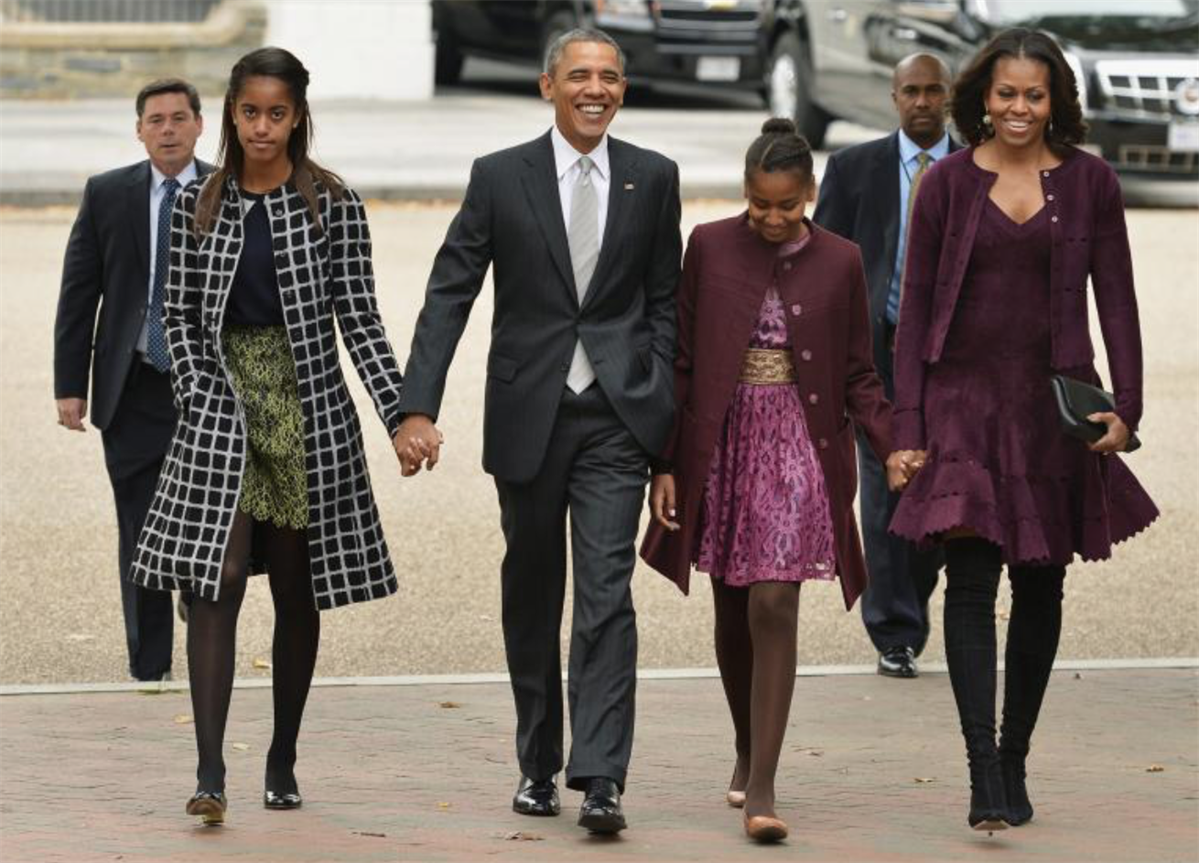