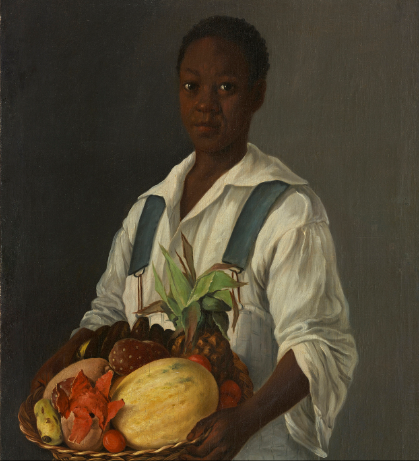 Pictured above: Young Man from the Coast  (Jose Augustin Arrieta, 1843 / at the Albuquerque Museum) 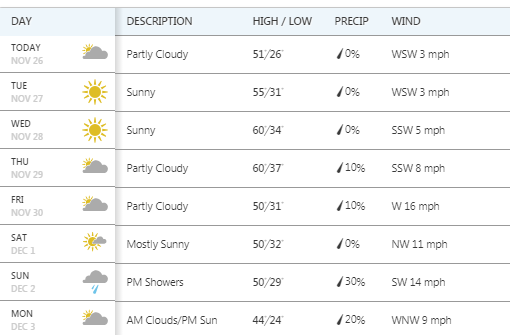 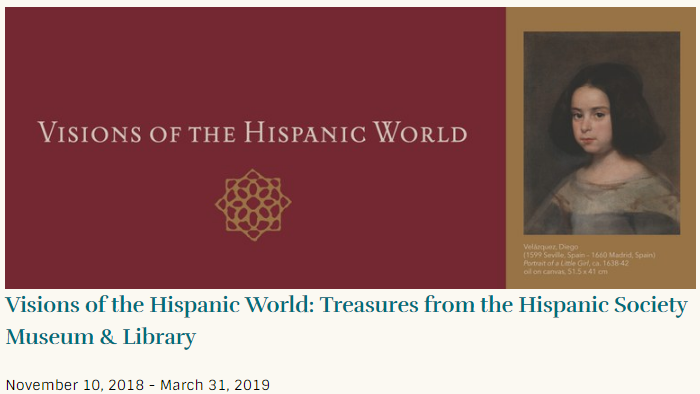 “'Visions of the Hispanic World' tells a rich story of cultures settling in Spain and bringing the best and most innovative elements of their heritage to the Iberian Peninsula and the Spanish colonies,” says Albuquerque Museum’s Director Andrew Connors. “Although a relatively poor state, New Mexico is culturally rich in diversity and historic heritage. This exhibit allows New Mexicans to celebrate world cultures through exceptional artistic masterpieces of a nation linked through history to many who live here. Works of art from prehistory into the Modern era demonstrate the wealth of knowledge we can gain from new communities willing to contribute their best to a new land.”

Curated by Mitchell A. Codding, Executive Director at the Hispanic Society. "Visions of the Hispanic World" highlight works from Spain and Latin America drawn from the Hispanic Society’s renowned Museum and Library collections, including archaeological works from the Iberian Peninsula; arts of Islamic Spain; paintings, sculpture, decorative arts, and manuscripts from Medieval, Golden Age, and 18th-century Spain; Latin American colonial and 19th-century paintings, sculpture, decorative arts, and manuscripts; and Spanish paintings of the 19th and early 20thcenturies.

One Year In: BRAVO!

This coming Friday marks the conclusion of Mayor Tim Keller's first year in office. In my humble opinion, the B to B+ grade he has been given (in Joe Monahan's blog) is less generous than deserved and short-sighted.

After years of back and forth between the city and the DOJ, the main Use of Force Policy has finally been approved by Dr.James Ginger, as noted in his  most recent filing (11/2/18) in federal court. Since 2014, Albuquerque has paid the independent monitor (Ginger) $3million to supervise its path to compliance with the DOJ consent decree. Under Keller, progress is finally being made and no one will be happier than the Mayor to see this money spent on far better projects in the future.

Damon Martinez, acting US Attorney, reacting to scathing report by DOJ regarding APD's excessive and deadly use of force (April,2014)

Crime - While still dogged by a disappointingly high homicide rate, other crime has decreased substantially, despite a criticasl shortage of officers: 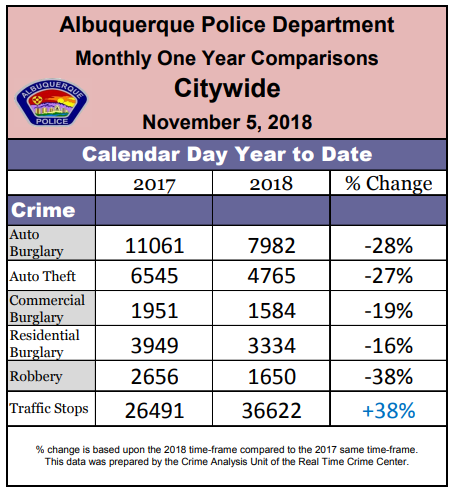 Economic development: Netflix' new production hub (to be located at the old ABQ Studios in Mesa del Sol) means $1 billion to our city over the new 10 years, and up to 1,000 new production jobs created annually. While the new administration can't claim full credit for this coup, they were certainly instrumental in the final negotiation. (In the interest of full disclosure, after the Netflix announcement, Honeywell Aerospace decided to pull the plug on its Albuquerque facility, laying off hundreds of employees.) With a new Governor as of January 1, things are looking up for the film industry in NM.

Making lemonade out of lemons - A.R.T. is still an ongoing and thorny saga, but let's not forget this was inherited by Tim, not anything he green-lighted. He deserves credit for continuing to work towards finding the most efficient and economically viable solution for the city. At the moment the City has sued the electric bus company and is looking for an alternative supplier. We can probably kiss goodbye any hope of an electric transport system unless BYD ("Build Your Dreams" the bus supplier) takes ownership of their problems and finds their own solutions.

OneABQ - Embracing our city after a tumultuous eight years. This initiative puts our city, its citizens, our diversity and r\ch cultural heritage in the spotlight. A people-powered movement has begun, under the leadership of our new mayor and first lady. For me, it represents Hope.

Albuquerque is more than a place. It’s where people can aspire to be whoever they want to be. It’s where different cultures converge on the crossroads and live together with respect. It’s where opportunity is born. It’s where the living is real. It’s One City.

As the OneABQ website says, "We are a city positioned to capitalize on Hope." But the work needs to begin now. Fortunately for us, we have in our new Mayor and First Lady, two key components of leadership: the ability to look beyond oneself and to look towards the future. Let's rise to the occasion and capture this moment

With the actual Thanksgiving festivities behind us, and a weekend of pre-Christmas shopping and football games ahead, bounty, graciousness and goodwill were in short supply at the El Paso/Tijuana border crossing. Already grappling with the damage and threat of two recent presidential decisions (both of which appear to be in violation of the Constitution): revocation of US asylum protections (from domestic and gang violence) and the presence of 300 active military troops "defending the war at the border," immigrants were subjected to what both Trump's Chief of Staff, Gen. John Kelly and his Director of Homeland Security, Kirstjen Nielsen had advised against: the use of lethal force. Images of women and children fleeing tear gas canisters were what many Americans awakened this morning.

In addition to active military, we have another potentially inflammatory situation lurking - a citizen militia that feels obligated to protect our troops. From whom?  This situation is likely to get worse and one has to wonder why we are letting this happen? At our core, we are a nation of immigrants.  "One Nation, Under God, with liberty and Justice for All " is a pledge most of us made everyday of our public school education. As adults, we repeat it on federal holidays, memorial events, even ballgames.

Until we take the politics out of our "immigration problem" and focus, instead, on the root causes - people will continue to be terrorized, injured, and probably killed. We all need to unite on this, regardless of our individual political stripes, and demand LEADERSHIP, and REFORM. 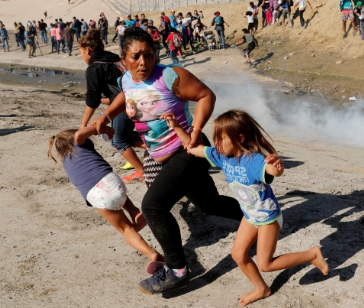 Migrant mother and children gassed at US border (Reuters)

So begins the findings in the US Government's most recent CLIMATE REPORT, released on Black Friday:

"...in direct language, the 1,656-page assessment lays out the devastating effects of a changing climate on the economy, health and environment, including record wildfires in California, crop failures in the Midwest and crumbling infrastructure in the South. Going forward, American exports and supply chains could be disrupted, agricultural yields could fall to 1980s levels by midcentury and fire season could spread to the Southeast, the report finds." (The New York Times - read full article here)

Climate Change is not a "hoax".The federally mandated document, and first of its kind to be released by the Trump administration,exhibits a sense of alarm and urgency in dire contrast to the Trump administration's policies that could be most politely described as "environmental deregulation". Again, regardless of your political stripes, leave them at the door and listen up: We need to change our approach and we need to change it NOW.

A team of more than 300 federal and non-federal experts—including individuals from federal, state, and local governments, tribes and Indigenous communities, national laboratories, universities, and the private sector—volunteered their time to produce the assessment, with input from external stakeholders at each stage of the process. The President's reaction? "I don't believe it."  (The Guardian - watch the video here)

Arguably the most important and comprehensive look at global warming since 2014, the White House chose Black Friday as its release date. Again, we are looking at a dire example of needing LEADERSHIP and REFORM. You may not be able to fathom its contents, nor want to wade through this voluminous report ( read the Climate Report here) , but here's a glimpse of how you will be affected:

Lives lost to extreme heat and cold could cost another $141bn a year and the consequences from worsened air quality could equal $26bn a year.

What can we do? Right now, we need our voices to be heard. This isn't about politics - this is about our humanity and our future. Please call our representatives in Washington and speak out. I keep a Call List in my Contacts - maybe you'll find this helpful: 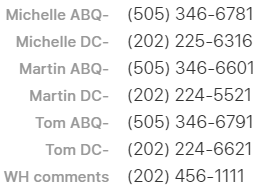 On the Bright Side 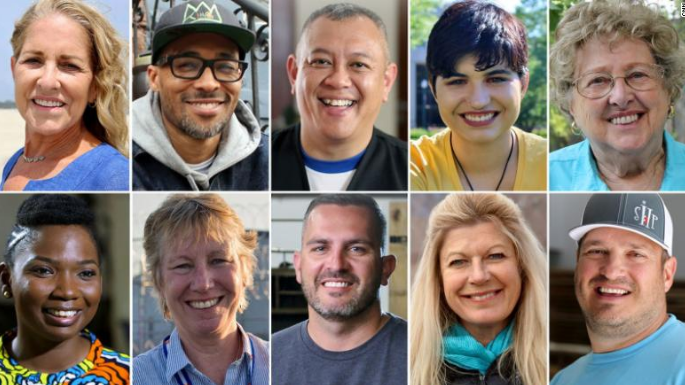 Be inspired. These are everyday people doing extraordinary things  - this is one of my favorite programs of the year.