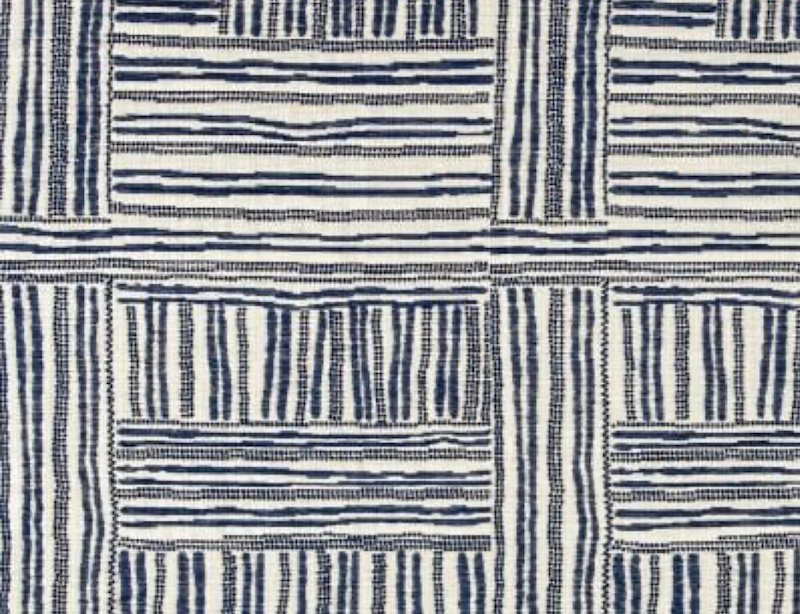 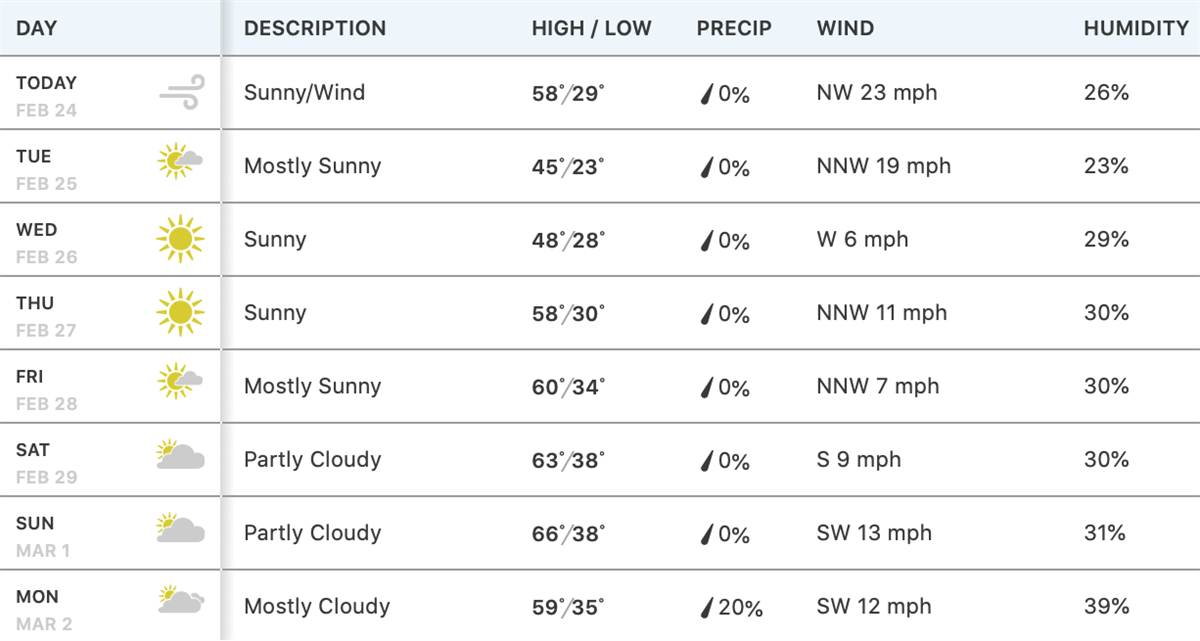 Can't make up your mind, Albuquerque? Don't feel like the Lone Ranger - the expression I heard over and over again this past week was "mixed up." So it makes perfect sense that the sunnier days will be colder and the winds abate as we approach March. Don't get me started.... 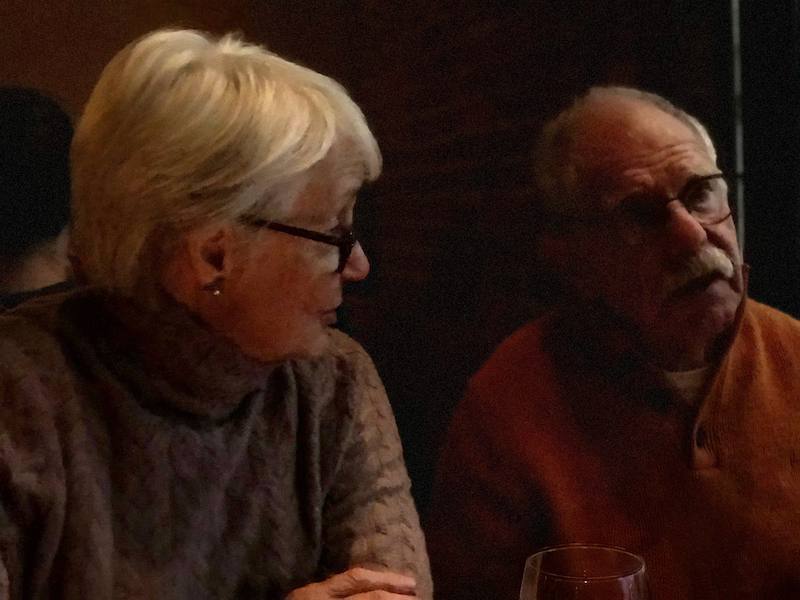 "Hey, what's happening out there? Is he really going to do it?"  Democrats, Republicans, Independents, Libertarians and DTSs (Decline to state) are all talking about "him"...BERNIE. Yikes! While he is NMC (not my candidate), I'm as glued to the primary and caucus results as the next person and trying to make sense out of how debate performance has no bearing on the polls that follow.

Can Mike leave his baggage at the door and re-invent himself as The Good Billionaire? How about Petulant Pete who may have flunked sandbox  - is that really the way he  treats women and his elders? Elizabeth Warren, likely the most capable of the group, probably waited too long to stop shaking her finger - otherwise, one would think she might be enough for the Progressive vote with a few moderates thrown in for good measure. Klobuchar, my candidate for VEEP as far back as Jan 2017 (with Sherrod Brown heading the ticket) just can't seem to get traction.

And then, of course, there's Tom Friedman's intriguing idea - put together a TEAM of RIVALS...read the NYT Opinion piece here

Klobuchar and Warren turned in strong performances in the Nevada and NH debates and they are lagging. Is it because they're women? Hard to tell. Anyway - the big question now seems to center around "will he or won't he" walk into the convention in Milwaukee with the delegate number he needs. As our dear, departed former guv Bruce King would say "If the super delegates get to vote in a second round, now THAT is gonna open a whole box of Pandoras!" 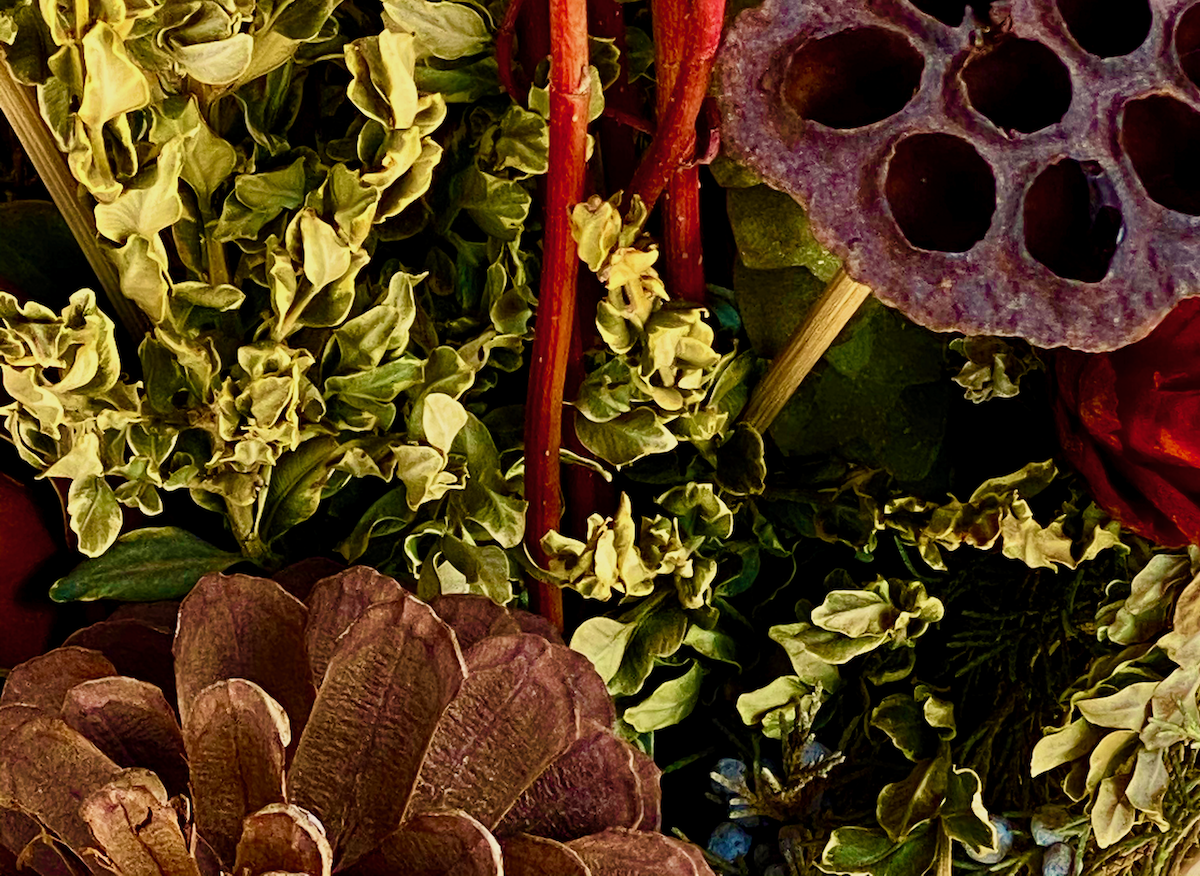 SUPER TUESDAY and will Bernie be singing the evening of March 3rd? First, why is it so important?

It's the day when the most states hold nominating contests, the most voters have a chance to go to the polls, and the most delegates will be allotted to candidates. More than a third of all the delegates for the DNC are up for grabs on this one day.

Here's a Primer from WAPO, with even a video to explain it all. CLICK HERE

Feel the Bern with The Mamas and the Papas

Democratic Socialist: Democratic socialists believe that both the economy and society should be run democratically—to meet public needs, not to make profits for a few. To achieve a more just society, many structures of our government and economy must be radically transformed through greater economic and social democracy so that ordinary Americans can participate in the many decisions that affect our lives.

American politicians today who are associated with democratic socialism generally favor New Deal-style programs, believing that government is a force for good in people’s lives and that a large European-style welfare state can exist in a capitalist society. They generally support ideas such as labor reform and pro-union policies, tuition-free public universities and trade schools, universal healthcare, federal jobs programs, fair taxation that closes loopholes that the wealthiest citizens have found, and using taxes on the rich and corporations to pay for social welfare programs.

How close is this to Communism? The main difference is that under communism, most property and economic resources are owned and controlled by the state (rather than individual citizens); by contrast, under socialism, all citizens share equally in all economic resources as allocated by a democratically-elected government. Nobody is  talking about communism being espoused by Senator Sanders except ill-informed, poorly educated, fearmongers who don't know any better. 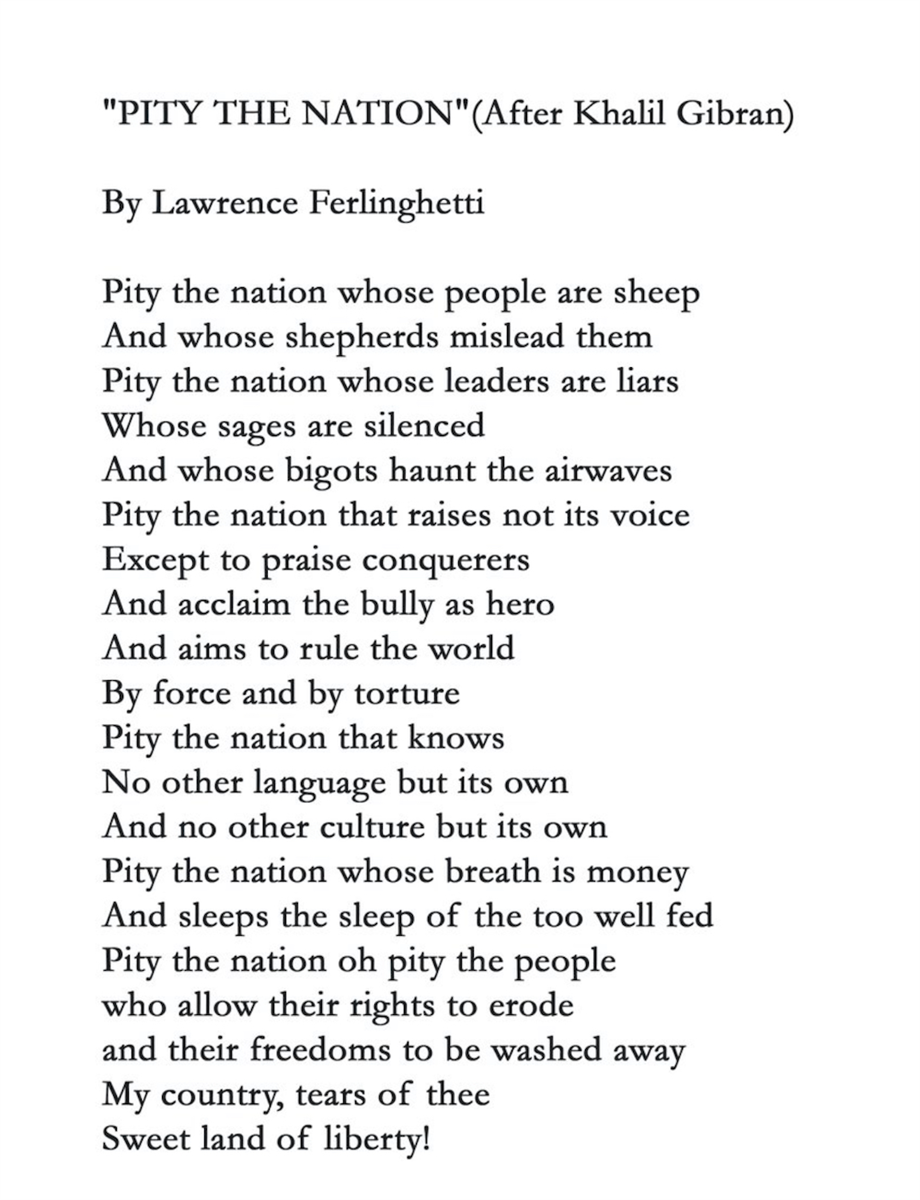 Editor's Note: I expect you, dear readers, will be all over the spectrum on this. But that's a good thing. This kind of poem makes you think about the State of our Union - whether you agree or disagree. It may cause you to question how we are doing. Is our Democracy strong and well protected? Are we delivering on our promise:

"We hold these truths to be self-evident, that all men are created equal, that they are endowed by their Creator with certain unalienable Rights*, that among these are Life, Liberty and the Pursuit of Happiness.

*Inalienable rights are rights that government cannot violate under any circumstances. Are our elected representatives doing their job? Are they upholding the Constitution? Are they ensuring the separation of powers of the Executive, Judicial and Legislative branches?

These are weighty questions and they are dividing our country. This has to stop. Wealth and power has been steadily transferred from the many to the few. 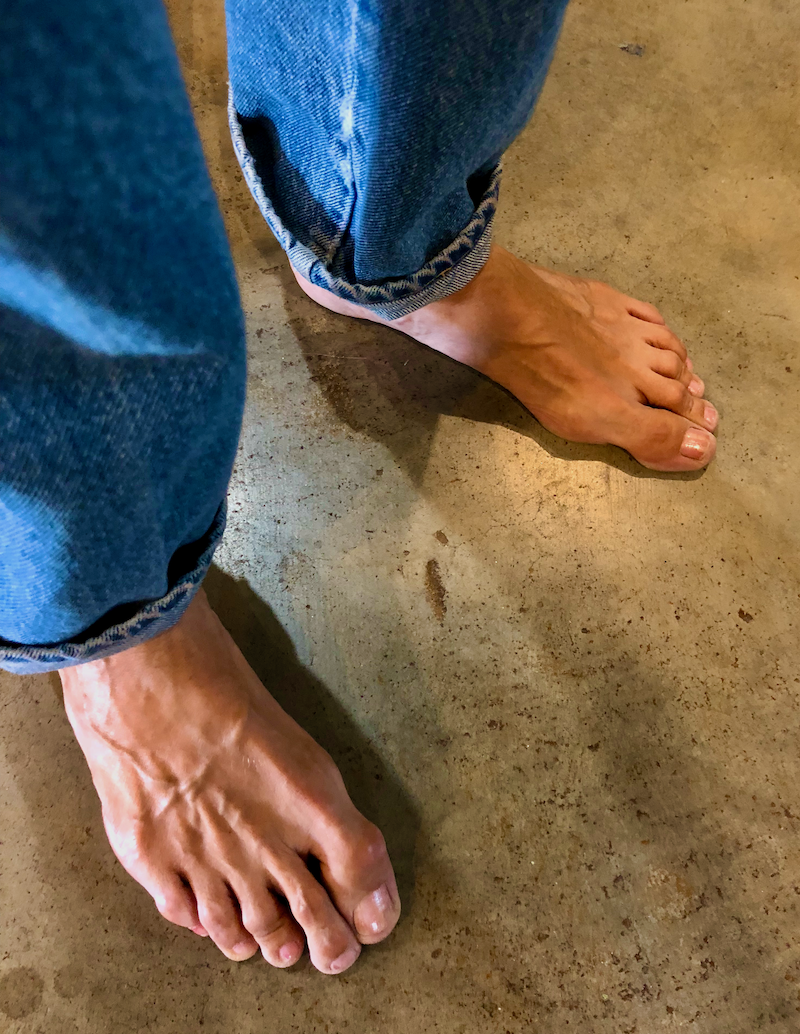 From Capital and Main:

This article published today discusses how 48 states saw real median household income growth decline in Trump's first two years, some dramatically. In today's world, we cannot believe everything we think, are told by our leaders, or that's reported. We need to question and search for answers.

WHO IS CAPITAL & MAIN:  Capital & Main is an award-winning nonprofit publication that reports from California on the most pressing economic, environmental and social issues of our time. 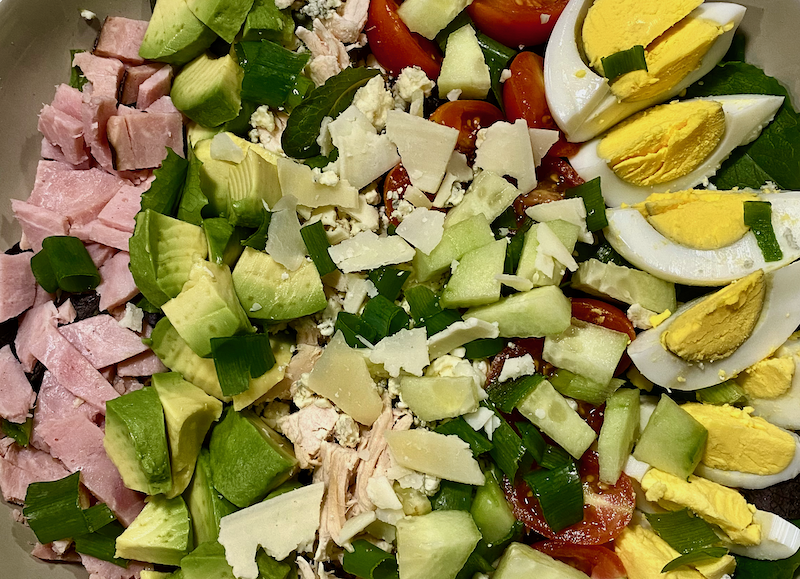 iRead: THE ONES WE'VE BEEN WAITING FOR by Charlotte Alter [read more here]

iWatch: MESSIAH - a Netflix Series -A wary CIA officer investigates a charismatic man who sparks a spiritual movement and stirs political unrest. A fictional story not based on true events CLICK HERE

iPlay: How about checking out PIMENTAL & SON GUITARMAKERS?  GO Local

Have a Great Week! 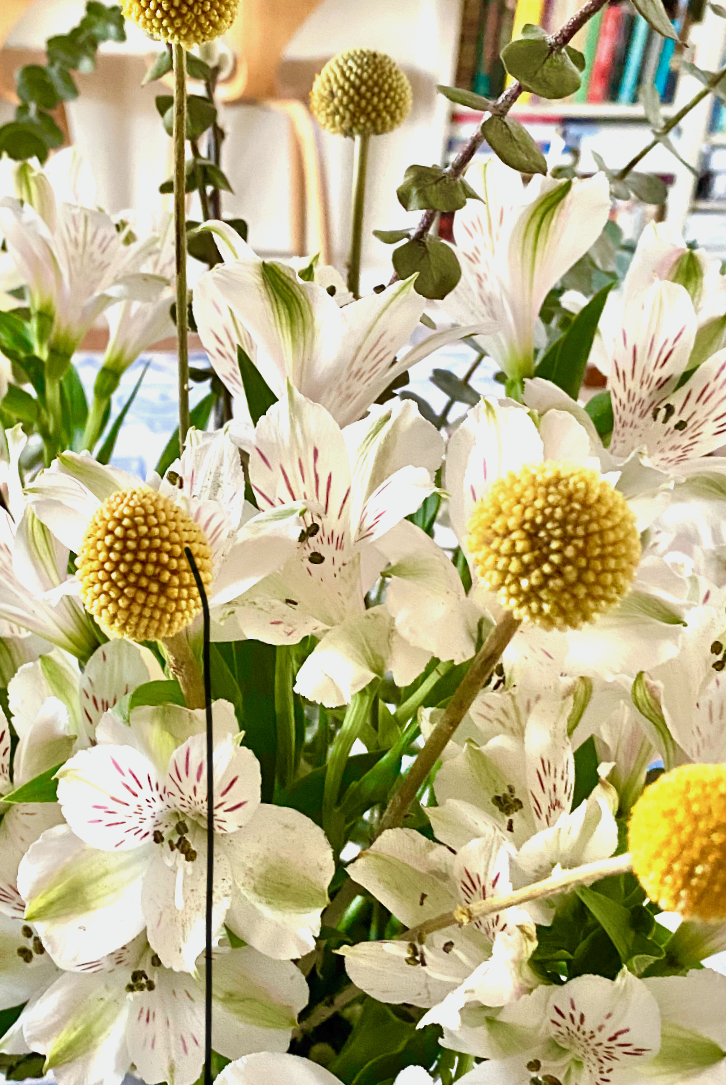