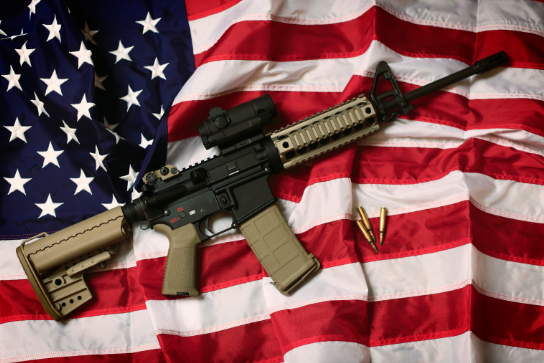 Pictured above: An American's Right or America Wrong?

Happiness Factor as a f(x) of Weather 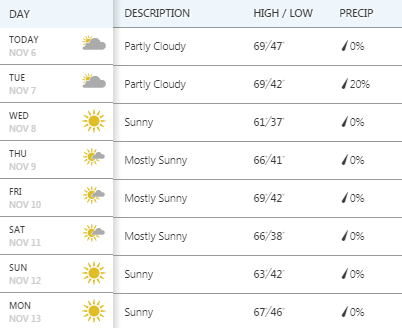 With no rain in sight, daily lows well above freezing, and mostly sunny days, we can spend this week adjusting to Sunday's Fall Back. Setting the clocks back is a win for Morning People - to the rest of you, it's beginning to look like Fall trending towards Winter. Time to replace your flashlight batteries and put your summer clothes away. 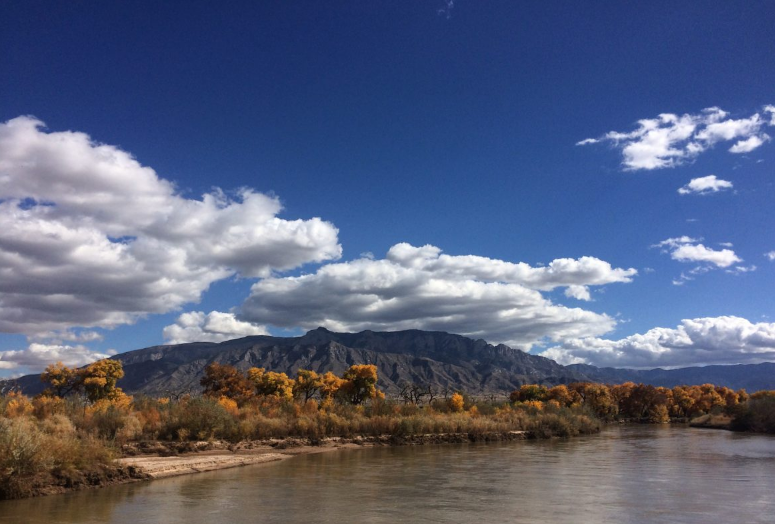 Three things on my mind this week: Water, Retirement, and Voting.

“I’m openly skeptical we’ll ever be able to fill Elephant Butte Reservoir again,” Dr. David Gutzler told attendees of a recent climate change conference. That’s given the trend toward diminished flows in the Rio Grande resulting from the continued global rise in temperature.

The University of New Mexico Earth and Planetary Studies Department professor delivered the grim news on a crisp, yellow and blue fall morning along the bosque in Albuquerque."

This isn't news. This is why we didn't want NM PED to sugar coat the NGSS verbiage - we are warming up and Dr. Guzler has been singing this particular tune for quite awhile. So, when we read about the naysayers in Washington, the  dismantling of credible scientists' presence and input on key committees and in federal agencies, don't think climate change isn't alive and well in New Mexico.

"Warming in the American Southwest is occurring at about double the global rate—and that local warming will have a profound impact on water resources in the Interior West. Those changes in water supply will occur regardless of changes in precipitation, he said.

Gutzler added, “There is nothing the slightest bit hypothetical about this warming.”

To read more about this topic in the NM Political Report, please click here.

APD Chief: The question is no longer "When?"

Current APD Chief of Police, Gordon Eden announced his plans for retirement over the weekend. Eden's effective date will coincide with the new mayoral administration which will commence December 1st.

" Mayor Richard Berry said in an interview Saturday that Eden notified him of his retirement several weeks ago. He called Eden a “man of integrity” who gave his “heart and soul” to the city."

Opinions differ, but facts speak loudly and Mayor Berry and Gordon Eden have racked up the following statistics during their watch:

While both mayoral candidates had announced their intention to replace Chief Eden, now the question is when - and judging from the direction Albuquerque crime stats have taken under the current mayor and city council, a new vision and real solutions are what we need to be voting for at the polls. 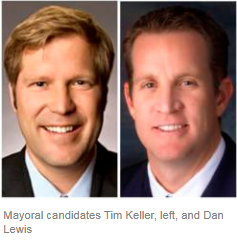 Speaking of the Runoff Election.

Recent headlines include a surge in fundraising by two groups supporting Tim Keller for mayor, whom they feel has the better vision for Albuquerque's future and solutions to its problems. Expenditures by the Dan Lewis campaign have been largely on "The Keller Con," the most recent in a series of negative ads attempting to discredit the State Auditor's record - both as auditor, and as two-term senator in the state legislature.

This morning's ABQ Journal features the candidates views on our economy and job creation. To learn more about how each would "jumpstart the city's economy,"  please click here.

Beyond the Rio Grande

Less than 40 days and 40 nights since the Las Vegas mass shooting (59 dead, including the perpetrator, Stephen Paddock), Devin Patrick Kelley killed 26 people at the First Baptist Church on Sunday morning. This was also the largest mass shooting in TX history - a history that began in this country with the University of Texas Clock Tower tragedy, August 1st, 1966.

The President, tweeting from Asia, has attributed the root cause not to outdated and inadequate gun control, but rather as a mental health problem.Does there just have to be a single cause? Aren't we missing the point here? Something just isn't working in the United States, and I, for one, think it's time Congress took its collective heads out of the sand, stopped being shackled by NRA political contributions, held essentially captive by gun lobbyists, and did something PRO-ACTIVE.  How about using an automobile safety or public health approach?

To quote Sen. Chris Murphy of CT, "No one is safe as long as Congress chooses to do absolutely nothing in the face of this epidemic."   (For the record: TX Attorney General, Ken Paxton, supports more armed parishioners as a deterrent. Oh, Lord - when is enough enough?) For reaction to Paul Ryan remarks, check Twitter. 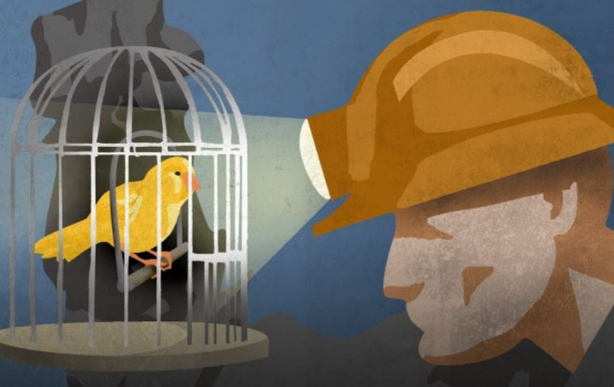 The Commonwealth of VA has elected a Republican governor only once in the last four at-bats. Will tomorrow be the second time? Many consider this contest as a harbinger of the 2018 mid-terms. My bet, albeit along shot, is on the Republican Ed Gillespie - not because I particularly like his politics but because the negative ad directed at him this past weekend hit a new low and I believe in karma. The race to watch this week.. 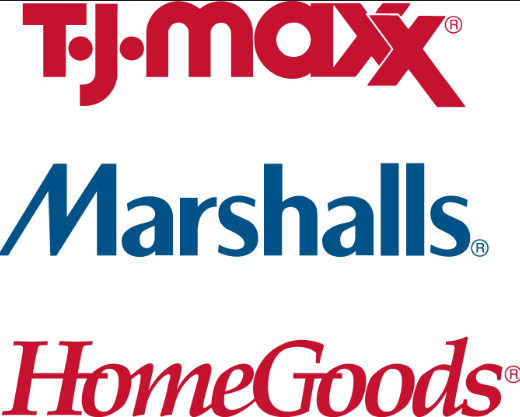 What do these three companies have in common? A compassionate corporate conscience.

“Based on the devastating situation in Puerto Rico, we can confirm that we have continued to pay our TJ Maxx, Marshalls and HomeGoods Associates on the island,” a spokesperson for TJX said in a statement to PEOPLE. “We believe it is the right thing for us to do under these circumstances.” (Source: Boston Globe)

Meanwhile, six weeks after Hurricane Maria's devastation, 60% of the island remains without electricity and islanders continue to fend for themselves.

U.N. experts find US response alarming and largely inadequate:  “We can’t fail to note the dissimilar urgency and priority given to the emergency response in Puerto Rico, compared to the US states affected by hurricanes in recent months,” Leilani Farha, the U.N. Special Rapporteur on the right to housing, said in the statement.

Other Food for Thought

Cauliflower is trending.Try this batting 1000 effort. Thursday night I went to a meeting where the host served this as we were convening during the dinner hour. It was so good, I made it Saturday night, took a piece down to a friend who's been ill, and I got an email this a.m. that she made it for dinner last night. 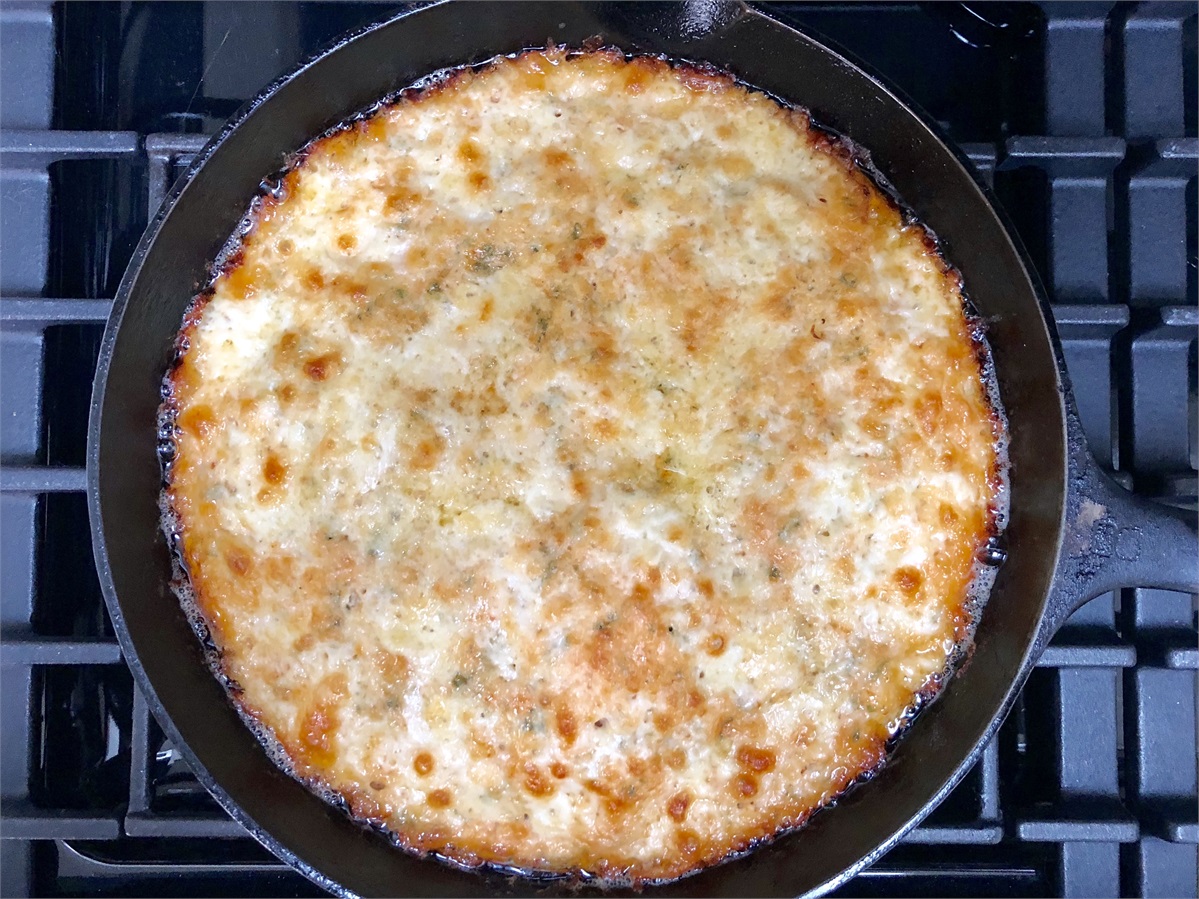 Simmer the cauliflower in a large pan of boiling salted water for only 4–5 minutes, or until semi-cooked. Drain and dry.

Preheat the oven to 375F. Break the eggs into a large bowl. Add the crème fraîche, mustard and paprika and whisk well, making sure the eggs and crème fraîche are thoroughly blended. Now stir in the chives and three-quarters of the cheeses, and season well with salt and pepper.

Scatter the remaining cheeses on top, then carefully move the pan to the oven. Cook for 12-15 minutes, or until the frittata is well set.

Remove from the oven and leave to settle for 2-3 minutes before cutting into wedges. Eat immediately, with a peppery green salad.

Notes: Scamorza is smoked mozarella, and they have it at the Indian School Whole Foods. Smoked paprika is usually marketed as "dulce" but to be on the safe side, you can get smoked paprika in bulk at La Montanita.

And last, but not beast... just another Brit 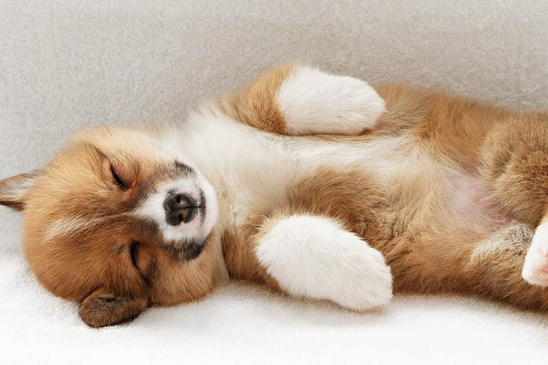 You can Early Vote until this Friday at 6pm