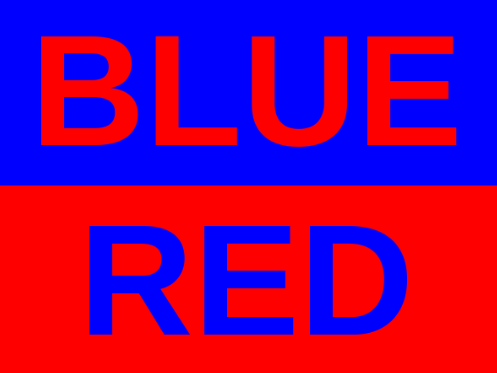 WHICH WAY THE WIND BLOWS 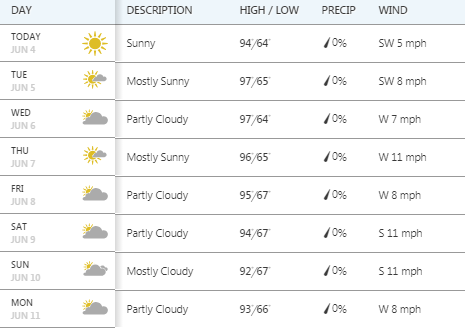 To view your Sample Ballot BEFORE going to the Polls: CLICK HERE

NB: Pat Davis withdrew from the CD1 race (the Congressional seat currently occupied by Michele Lujan Grisham) and has thrown his support to Deb Haaland. Although his name is still on the ballot - he is out of the race. (For further explanation, see "DARK MONEY" below.)

The term "dark money" entered the political landscape with a vengeance, following the 2010 Supreme Court decision, CITIZENS UNITED vs F.E.C.,which struck down as unconstitutional a federal law prohibiting corporations and unions from making expenditures in connection with federal elections.

Virtually everyone has an opinion about this decision - mine, in the interest of transparency, is that it marked the end of free elections in the US, and sounded the death knell for, despite its imperfections, a democratic and legislative system that had served us reasonably well since its inception. Today we have good candidates who are smeared by the opposition, bad candidates who are bankrolled into office, and a remarkably uninformed electorate that isn't paying attention and would do well to check out Madeleine Albright's latest book from the library. If that's too long a read, try ON TYRANNY by Timothy Snyder.

Meanwhile, in Washington, nothing is getting done by a chamber filled with divisive rhetoric and legislators who have no knowledge of statesmanship. The Ship of State is at sea, and it is not a Bon Voyage.

(Okay, maybe SCOTUS doesn't deserve all the blame, and to learn more about the provenance of our current state of affairs, please see this week's Reading Room selection.)

For anyone who doesn't subscribe to the Albuquerque Journal or keep up with the blog NM POLITICS With Joe Monahan, let me bring you up to date if you are voting in the Democratic primary tomorrow - it might give you pause before you cast your votes for CD1 and COMMISSIONER OF PUBLIC LANDS, or are lucky enough to be in Janene Yazzie's PRC District. 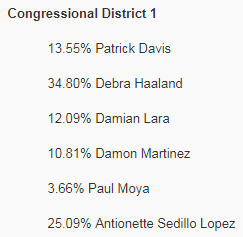 BEFORE represents the results of the ballots cast in March as the Democratic Party of New Mexico's PrePrimary Convention. Deb Haaland, former head of DPNM, and Antoinette Sedillo Lopez, a former UNM law professor, were the only candidates to receive the requisite 20% to be on the June Primary ballot (without having to go out and gather even more signatures).They were the very clear favorites among the delegates.

As recently as nine days ago (May 26) in the ABQ Journal poll ("AFTER"), Damon Martinez, who was just  one rung from the bottom in March, is now the frontrunner. How did that happen and why should we care?

Equally impacted by large corporations are important PRC races - PNM is sinking lots of dollars  into incumbent coffers, hoping to stave off challengers Steve Fischman and Janene Yazzie. This bothers me for two reasons: the challengers are by far the better candidates and it wasn't that long ago PNM was singing the blues on having to institute an employee wage freeze if their rate hikes weren't approved. My vote on the latter is Employees, not Politics.

Per NM POLITICS WITH JOE MONAHAN: 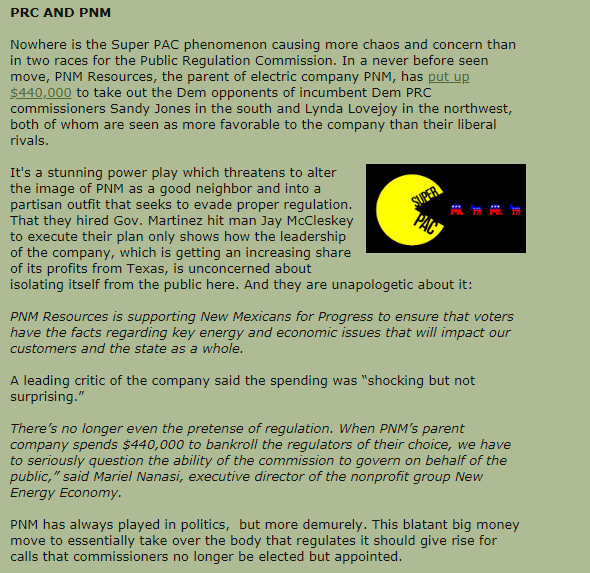 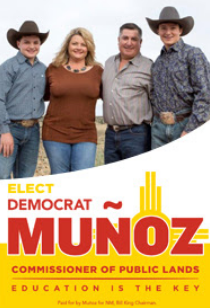 Much like  Damon Martinez, who received the backing of the Forward Not Back group, funded by Republican hedge fund billionaires, the Munoz campaign has gotten a big cash infusion from the GOP - hoping to put the kabash on Garrett Vereklasen and Stephanie Garcia Richard, again the more progressive frontrunners.

Full disclosure: To counteract the Forward Not Back smear campaigns on Haaland and Sedillo-Lopez, Emily's Listbankrolled the TV ad accusing Martinez of dropping the ball when he was US Attorney by not prosecuting any APD officers for 27 fatal police shootings. (Not nice - although the sting operation Martinez conducted with the FBI might have been a better ad.) 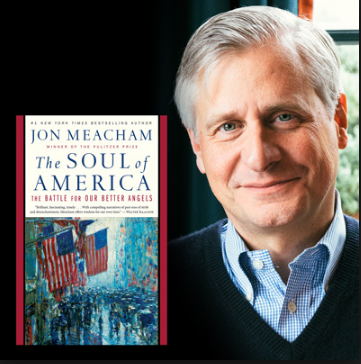 In his latest book, John Meacham, presidential historian, helps us understand the present moment in American politics and life by looking back at critical times in our history when hope overcame division and fear.

A must read for anyone looking for perspective on this seemingly unprecedented time in US politics - where "Constitutional Crisis" has become a subject of daily conversation.

"One of the most heartbreaking moments I’ve recently seen on television happens in the third episode of the four-part Netflix docuseries Bobby Kennedy for President." 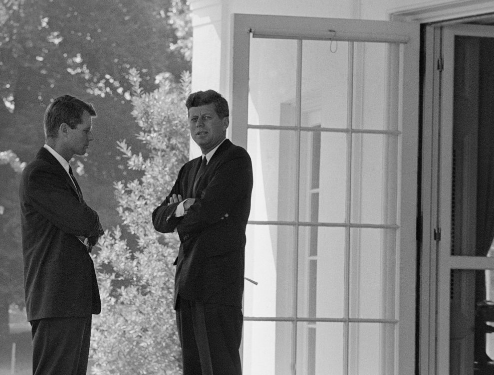 Netflix revisits the political legacy of Bobby Kennedy in this four-hour documentary series. It explores Kennedy’s transformation from a law-and-order leader to progressive social justice and civil rights crusader.

Kennedy served as U.S. Attorney General under the administration of his brother, John F. Kennedy (who was assassinated in 1963), and as a U.S. senator from New York before he was gunned down at the age of 42. This 4-part series highlights RFK's work from 1961 to 1968.

Again, a worthwhile watch - and reminder of what can be accomplished with good leadership, and how threatening it can be for the opposition. 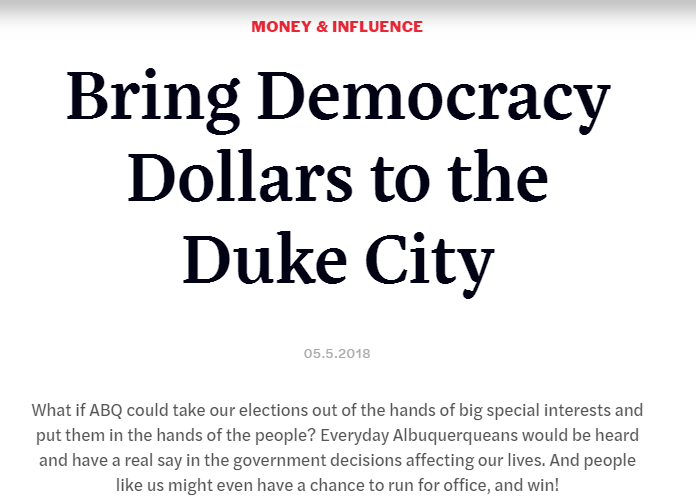 Training this evening, hosted by OLE: 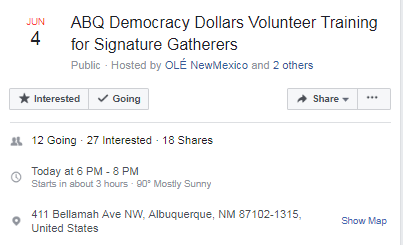 There will be petitions circulating to get this on the November ballot. The DEMOCRACY DOLLARS initiative was just passed in Seattle. Let's follow suit and protect our local elections from having special intent money determine their outcomes.PLEASE SIGN. This is a non-partisan effort.

Editor's note: This blog has featured Democratic races, because they are the races which have dominated this news cycle. However, there is an interesting race in Southern NM - the GOP Primary for CD2, the seat Steve Pearce is vacating.

Yvette Herrell is running as a poster child for the Trump administration, its policies and values. Her opponent is Monty Newman. A GOP SuperPAC is pouring bucketloads of cash into Herrell's campaign - so special interest money is alive and well throughout the state, red or blue.