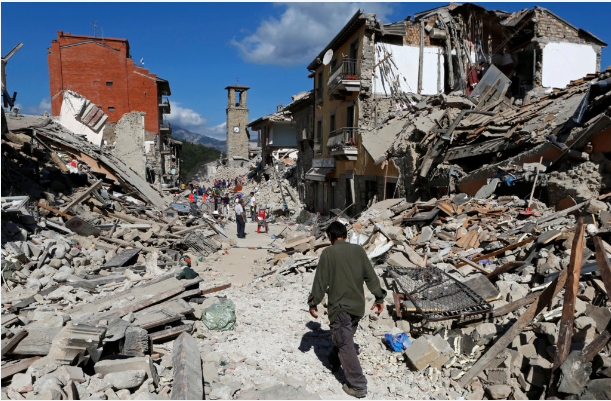 Above photo: Amatrice in ruins 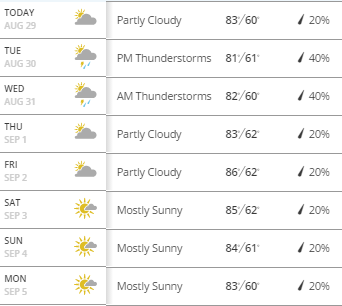 IT'S THAT TIME OF YEAR AGAIN - OMG (aka Old Man Gloom) 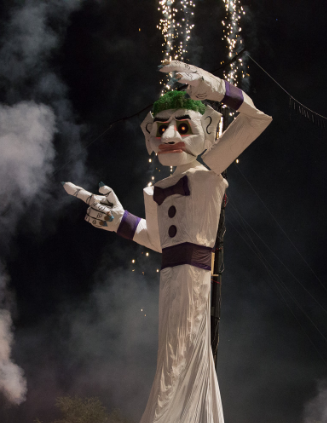 THE BURNING OF WILL SHUSTER'S ZOZOBRA

Santa Fe, Friday September 2nd:  Ft Marcy Park. 7PM on but you need to get there early!

"Zozobra is a hideous but harmless fifty-foot bogeyman marionette. He is a toothless, empty-headed facade. He has no guts and doesn't have a leg to stand on. He is full of sound and fury, signifying nothing. He never wins. He moans and groans, rolls his eyes and twists his head. His mouth gapes and chomps. His arms flail about in frustration. Every year we do him in. We string him up and burn him down in ablaze of fireworks. At last, he is gone, taking with him all our troubles for another whole year. Santa Fe celebrates another victory. Viva la Fiesta!" - A.W. Denninger

This is a GREAT New Mexican tradition and a very fun event. If you'd like to learn more, time's a'wastin' !!!  Zozobra Details here

Celebrate everything you love about New Mexico at the first-ever New Mexico True Fest!

In partnership with EXPO New Mexico, this event takes place in conjunction with the New Mexico Wine & Jazz Festival, on the state fairgrounds in Albuquerque over September 3 and 4.  Noon to 9pm each day.

PEELING THE ONION & NOT SO LOCAL:

Lots of back and forth between the Trump and Clinton campaigns and none of it is pretty. Mr Trump's apparent flip-flops on immigration and his controversial choice of Steven Bannon as his "Campaign CEO" have allowed Clinton some breathing room and pretty much stolen the limelight from the next batch of emails to be released - which is good news for Camp Hillary. It also gives her time to prepare for the first debate, Sept 26th. Rumor has it Hillary is pouring over briefing books and "policy arcana," and taking her preparation extremely seriously. Trump, on the other hand, is "cokes, dogs and burgers" with the Gang (Ailes, Bannon and Giuliani) at the golf club and the buzz is he's not much for briefing books, reading or prep (beyond zingers). Two candidates, two approaches. For all their differences, sadly the common denominator remains the public's lack of trust in either.

And then there's Gary... there's some talk of trying to include third-party candidates in at least the first debate, and adhering to the 15% rule only for debates 2 and 3. So far it's not in the cards - so sayeth the Commission on Presidential Debates."Rules is rules" and to dust of that old chestnut from the late Bruce King, including our former guv on the Hofstra podium might "open a whole box of Pandoras."

Don't Cry for Me, Argentina (Cry for Brazil instead): The suspended President of Brazil, Dilma Rousseff, is scheduled to take the stand today and defend herself against corruption charges involving the state-owned oil company. Odds are impeachment is in the offing, but time will tell. Tough Times at Copacabana High - zika, recession, a very expensive Olympics, water pollution, high crime rate and political instability...a troubling year indeed.

Eat your pasta, Giancarlo -  and make that spaghetti all'Amatriciana.  From CNN: "Chefs in Italy and around the world are using their talents, and Amatrice's signature dish, to help raise money for earthquake victims. Before last Wednesday's devastating 6.2 magnitude earthquake, the Italian town was best known for spaghetti all'Amatriciana, a tomato-based sauce that traditionally includes pork jowl, olive oil, white wine, chili and pecorino cheese.  If you aren't tapped out from donating to the Louisiana Flood relief effort or would like to help the Amatrice victims as well, here's a well-regarded charity to consider: Globalgiving.org

p.s. SCALO will also be doing some type of fundraising effort, to be announced(their website)

iAnticipate: The Light Between Oceans -  a film set in western Australia with Michael Fassbender and Alicia Vikander 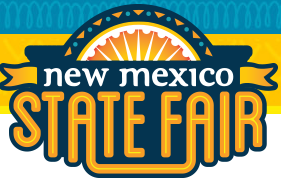 This year's dates are September 8th through the 18th. 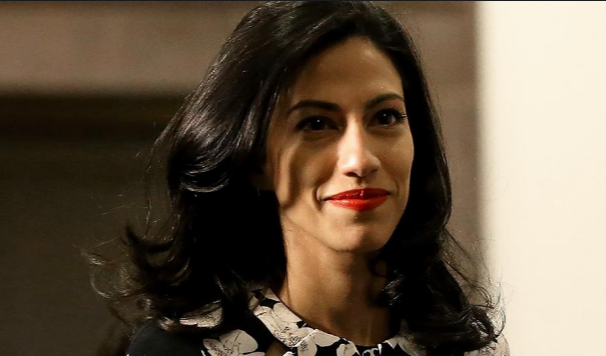