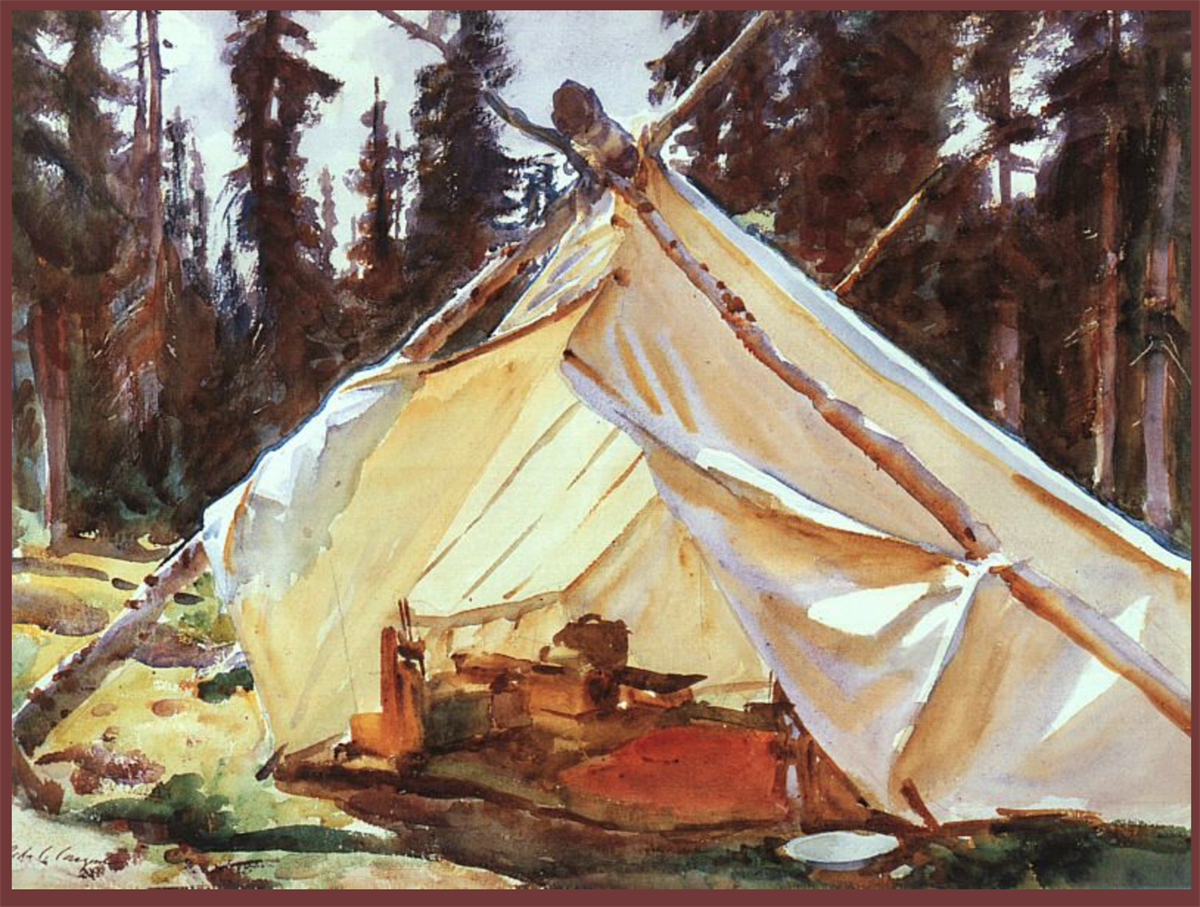 A Tent in the Rockies      - John Singer Sargent 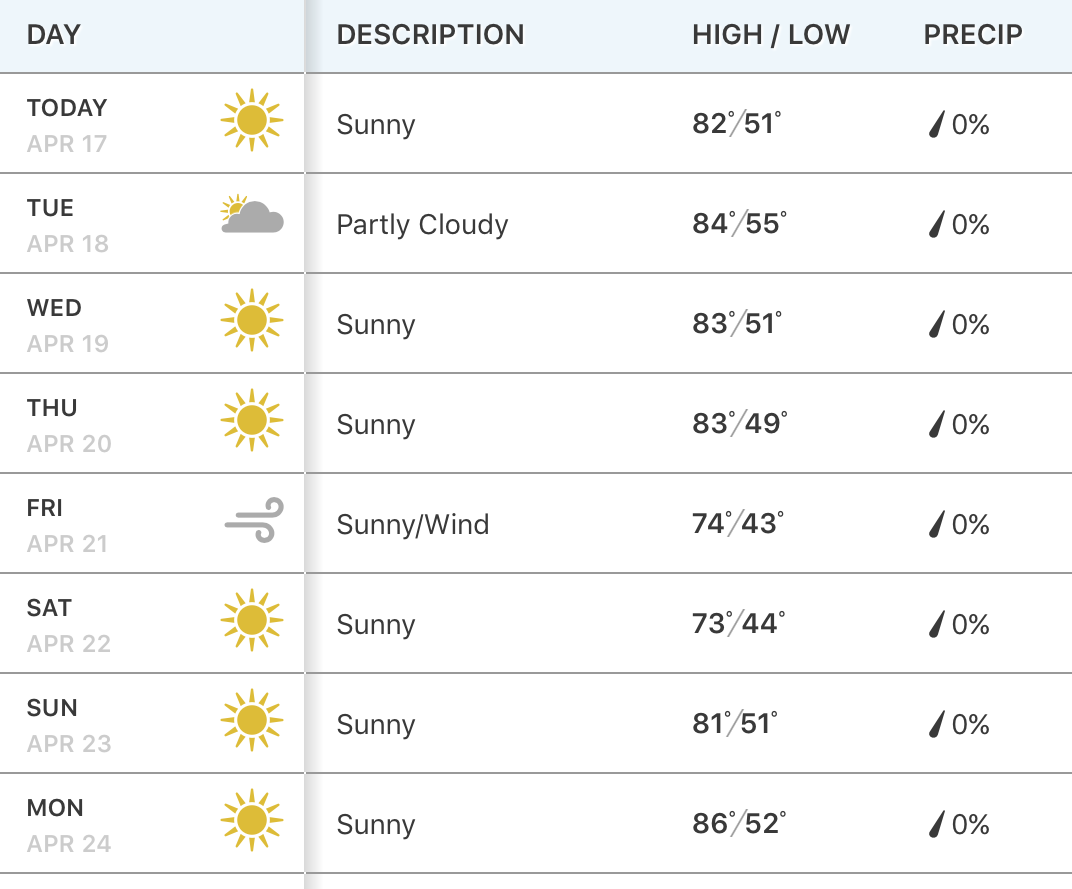 While happiness comes in many sizes, shapes, from sources within and outside of us, it isn't an exact science. I am on the road this week and thought I'd share a few tried and true ingredients. And I'm a happy camper because almost all of them are at my fingertips.

The Sense of Place

Some days it really makes a difference where I am. As much as I subscribe to the belief that Happiness is a projection of one's mind, I'm a sucker for a great city. In the United States, that city for me is PHILADELPHIA. And why not? The birthplace of a "more perfect union" instantly reminds one of what is possible, regardless of what may be happening at a given time. We need markers, lest we forget. And for the urbanite and student of history, it's pretty hard to beat The City of Brotherly Love. So find your place and let it nourish you. 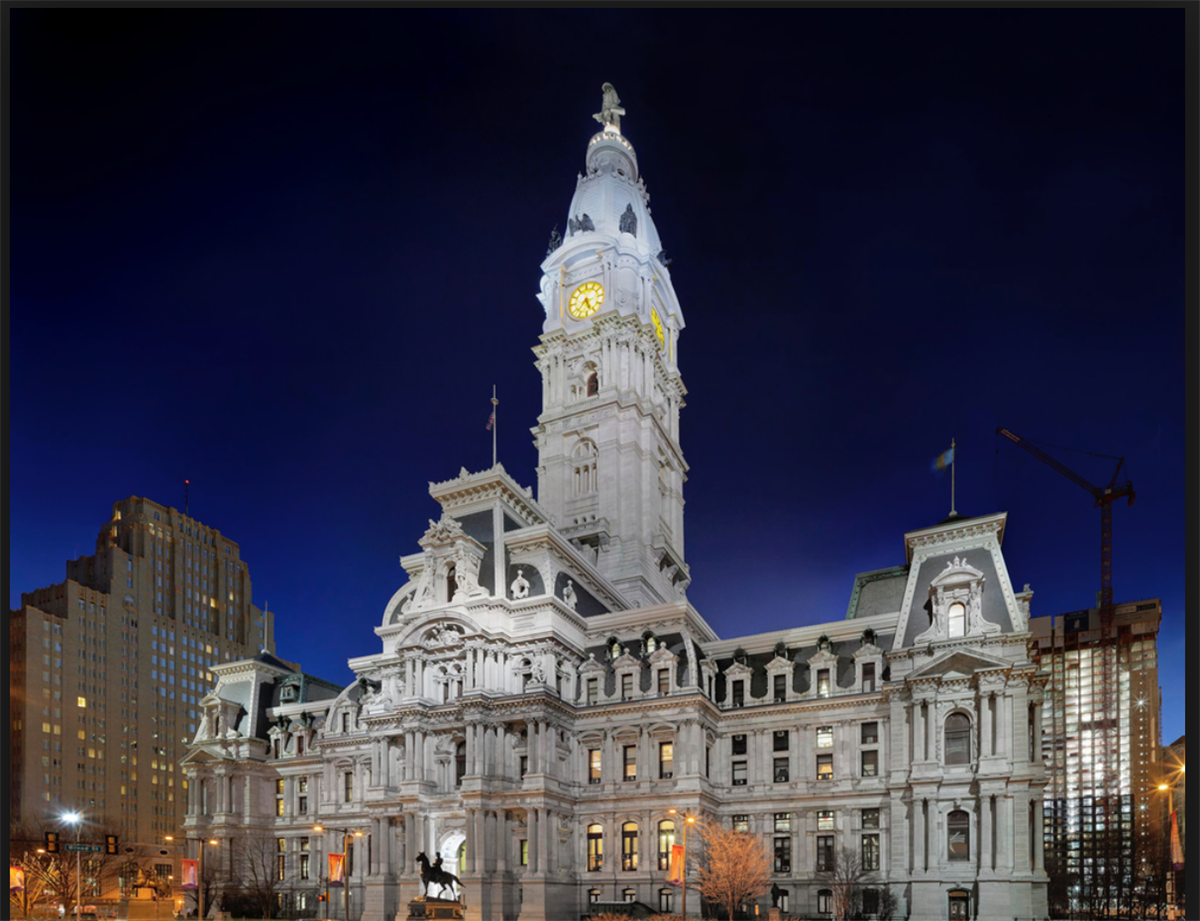 DID YOU KNOW? There was a time when the height of a building couldn't exceed the height of the brim of William Penn's hat - his statue crowns Philadelphia's City Hall. That came to a halt in March 1987 with the construction of 1 Liberty Place. With the addition of that one skyscraper, came a 21 year curse to a sports city nonpareil. It was eventually broken in October 2008 when the Phillies won the World Series and once again, Philadelphia as a sports powerhouse regained its former glory. Judging from the current skyline, curses are meant to be broken -

Like happiness, heroes comes in many forms. When you have friends and family who are your heroes, they don't become yesterday's news. And that is true happiness. Sure, you may not always be in sync, but you know you can count on them and they on you. Hum a few bars of STAND BY ME and count your blessings. This week, I am surrounded by those heroes and we are covering some serious ground on the roadmap.

THE ART OF HAPPINESS

At the Philadelphia MUSEUM OF ART - click here for details

It doesn't get a lot better than this art museum. Housing more than 240,000 objects, it gives us the opportunity to view the creative achievements of the Western world since the first century CE and those of Asia since the third millennium BCE. Its American collections, surveying more than three centuries of painting, sculpture, and decorative arts, are among the finest in the United States.

It also administers the Rodin Museum - such an amazing privilege to visit while here.

Support the arts:  Art enables us to lose ourselves and find ourselves at the same time.

HAPPINESS as a Moveable Feast 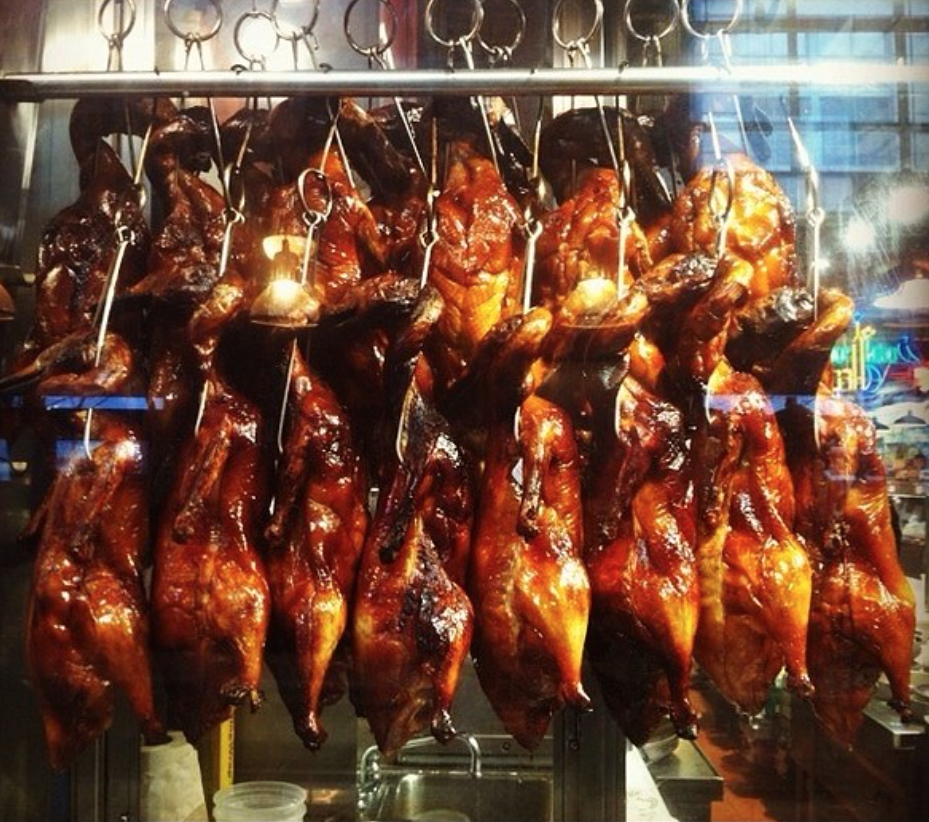 Peking duck is is characterized by its thin, crisp skin, and...a pretty sizable amount of fat. It's eaten with scallion, cucumber, sweet bean sauce and a pancake rolled over the fillings. It is heavenly - so what better way to celebrate Easter Sunday? We dined at TING WONG, but there is no dearth of great duck joints in Chinatown.

One of my heroes has a major birthday tomorrow - let's hope where we've chosen to celebrate it lives up to the reviews. Since two of the "at bats" are Philadelphia foodies, I have it on good authority this will be a hit. 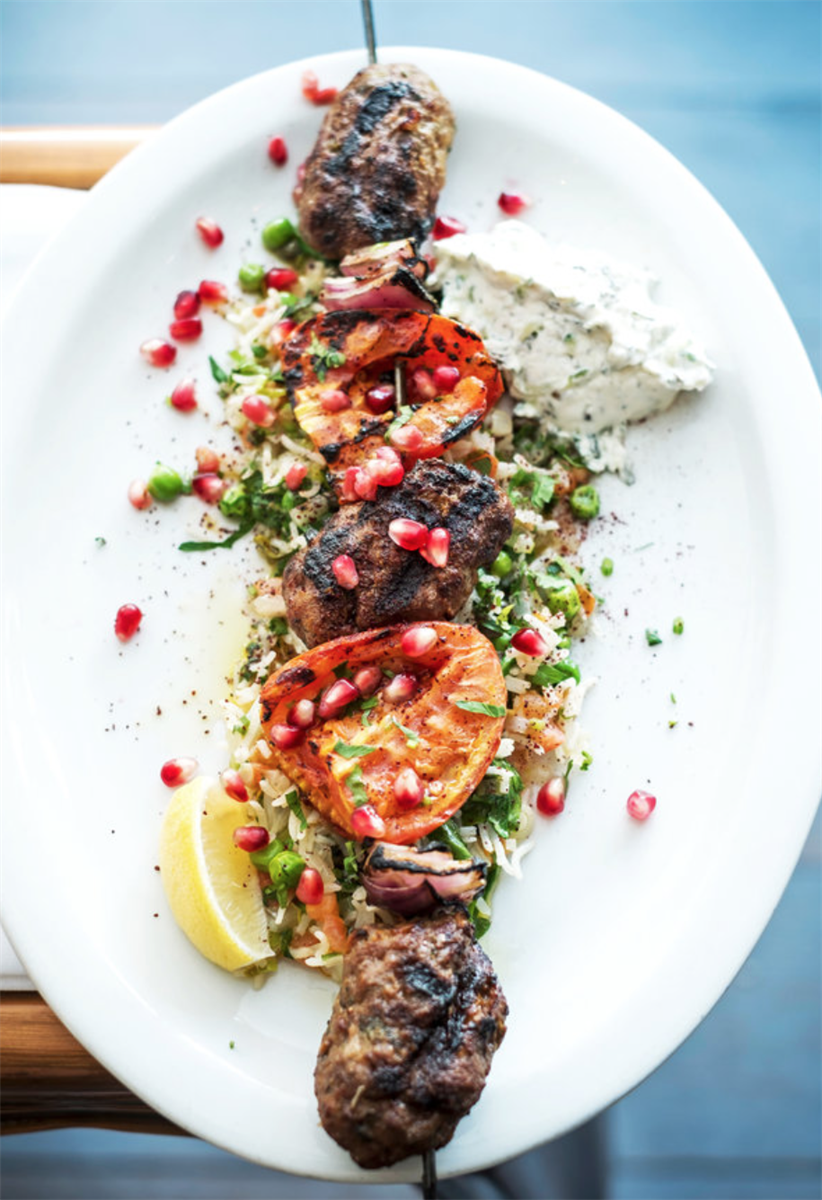 KANELLA SOUTH - You might enjoy The New York Times Wonders Why We All Don’t Live In Philly
Read about this little gem  CLICK HERE and learn why Philadelphia has joined the big leagues when it comes to fine dining. 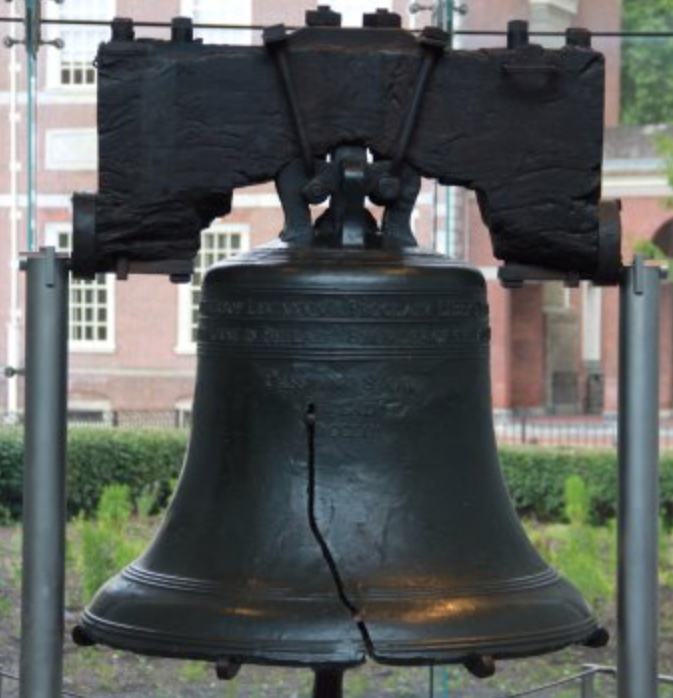 For Whom the Bell Tolls - Liberty, by definition, is the state of being free within society from oppressive restrictions imposed by authority on one's way of life, behavior, or political views. As a visitor in this extraordinary city, one cannot help but consider liberty in the context of the Declaration of Independence. As part of "the rent we pay for living on this planet", let's continue to fight for and protect this inalienable right.

The Boys of Summer are back!  Click here for the Isotopes 2017 schedule

Advance warning: The Gathering of Nations Pow Wow will be April 27-29 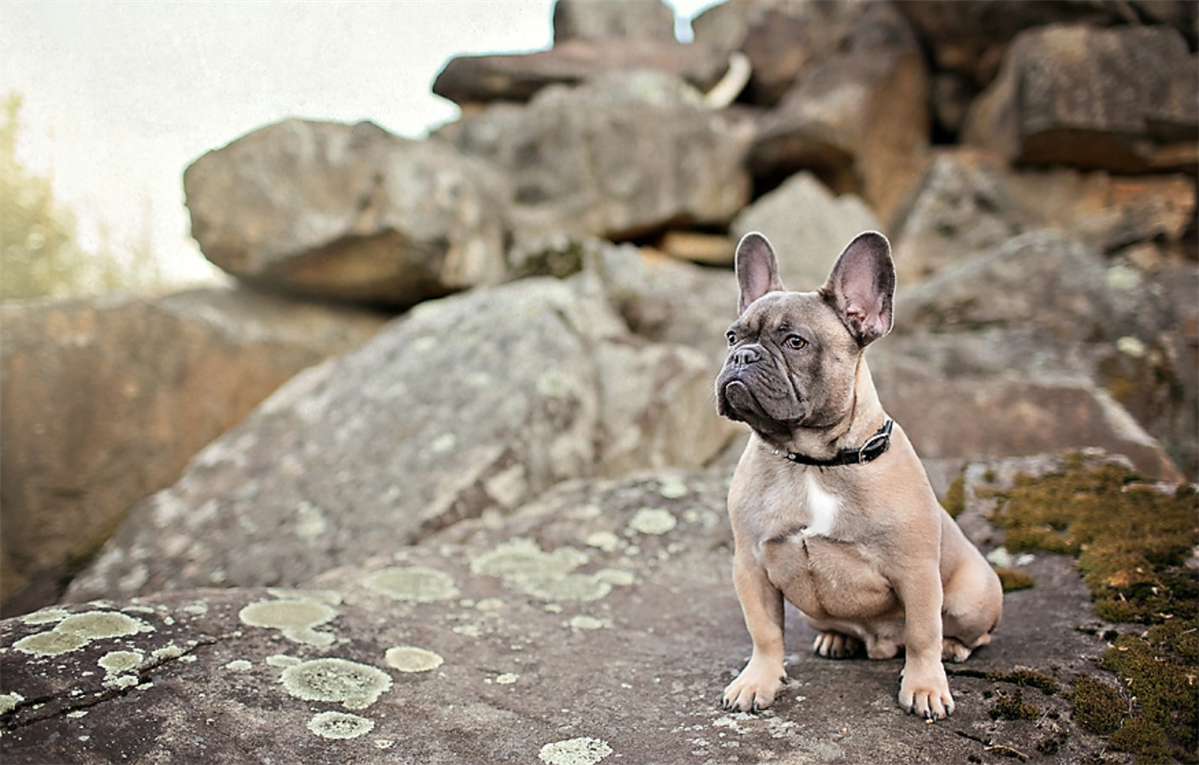 Maybe not our usual ",,,WARM PUPPY "  but this little guy

has a serious message for you: HAVE A GOOD WEEK