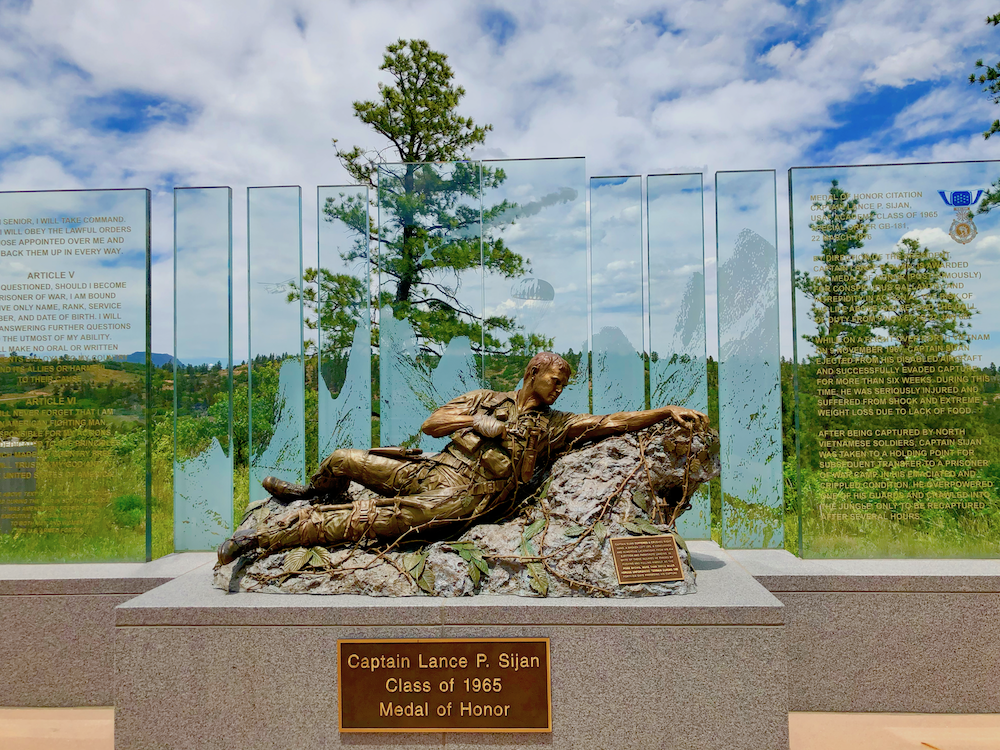 Pictured above: Gift of the USAFA Class of 1965 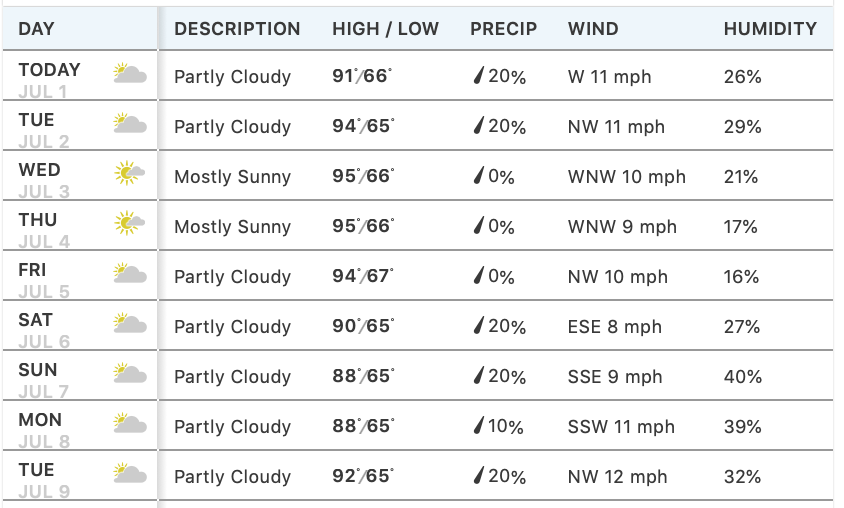 Time to fire up the grill, watch some fireworks and parades, and maybe even grab an Isotopes game. Happy Fourth of July and a little trivia to go with it: this national holiday commemorates the day the Declaration of Independence was adopted, not signed. Three US presidents have died on the 4th of July: Thomas Jefferson, John Adams and James Monroe; one was born on July 4th: Calvin Coolidge. Somewhere in the vicinity of 150 million hotdogs will be consumed on Thursday - the Sonoran Dog gets my vote! (see below)

News of the Week in Review

Tanks or no thanks? It's that time of year again and apparently, the president is in that kind of mood again - this year he'd like some Abrams tanks or Bradley Fighting Vehicles as a backdrop to his "Salute to America." Here's the problem - or one of them - there's a concern the infrastructure for the National Mall can't tolerate these vehicles.

What would Ike do? For the record, here's what Eisenhower, leader of the Allied Expeditionary Forces in World War II, thought about this kind of display: "We, the United States, are seeking peace. We are the pre-eminent power on earth. For us to try to imitate what the Soviets are doing in Red Square would make us look weak.”

Different strokes - Over the weekend, Trump became the first sitting president to step foot into North Korea, a country run by a  brutal fascist known for holding massive military parades. Trump called it “a great ” and “something incredible” to have entered the country, praising dictator Kim John Un and inviting him to the White House.

Megan Rapinoe makes her points - On Friday, in a 2-1 victory, USWNT beat France to advance to the semi-final round of the Women's World Cup. USA Women will face 3rd ranked England in Lyon FR on Tuesday ( has a 10-4-2 record with England). The match may be viewed beginning at 1:00 pm MDT on FOX.

It's debatable - The first of the Democratic Presidential Candidate Debates were held last Wednesday and Thursday. The ? That Kamala Harris, Julian Castro, Corey Booker and Tulsi Gabbard all deserve greater consideration. It was Harris, not Biden, Bernie or Elizabeth Warren, who walked away with Best of Show - and her rise in stature brought with it the inevitable and almost-immediate trolls, bots and rabid websites once again attempting to influence US elections. FYI: Tulsi Gabbard was The Most Googled of the candidates.

Supreme Moment - In a 5-4 decision, with Justice Roberts writing the majority opinion, the Supreme Court decided that partisan gerrymandering is a political question, that cannot be reviewed by federal courts, nor decided by them as to whether it violates the Constitution (the latter is a bit surprising). Personally, I think this is another blow to our political system - along with the "nuclear option" and Citizens United. Couldn't we just get rid of partisan politics of this and recent administrations, and reintroduce the Art of Compromise? And let's keep the Supreme Court and the Federal Reserve independent (and nonpartisan), while we're at it.

There are many things to do in Colorado Springs - but far too often it is a town that's simply "on the road to Denver". Slow down and re-route, you'll be glad you did. This past week I had an opportunity to visit Colorado Springs and in addition to spending time with family members, a major highlight was a visit to the US Air Force Academy. And what a day to visit - almost 1200 appointees reported in to begin Cadet Basic Training. Among the "doolies" were 323 women, approximately 28% of the Class of 2023.

My cousin (USAFA '65), was the perfect guide. Upon entering we immediately pulled over to watch cadets parachuting in and landing gliders. But I was there specifically to visit the Heritage Trail and see the Lance Sijan ('65) memorial at the Plaza of Heroes. The memorial is a gift from his classmates, honouring the Medal of Honor recipient who was shot down over North Vietnam on November 9, 1967. In addition to the Sijan tribute, one side of the Plaza the Academy's 16 Air Force Cross recipients and 205 Silver Star recipients. This and the Southeast Asia extremely well done, informative and moving - strongly recommend this visit. [Pause to visit these links - you'll understand why I was so verklempt.]

GARDEN OF THE GODS

Designated as a National Natural Landmark in 1971, these red rock formations and the park are stunning. There are about 15 miles of trails to explore, along with rock climbing, horseback riding and mountain biking. Get there early or pick a cooler time of year - it was hot! LEARN MORE or visit the WEBSITE.

Forewarned is the ticket: EAT DESSERT FIRST. You absolutely do not want to be so full from lunch or dinner that you miss out on Marigold's Double Chocolate Mousse Cake. (Note to Diary: they offer a TRIPLE mousse cake - you really don't need to go there). The "double" is the award winner and it is so incredibly delicious - it's definitely "The Dessert I would Drive 5 Hours For" - put this in your Contacts now! Who says you can't have your cake and lunch or dinner too?...MENU.

Celebrate the Fourth in ABQ 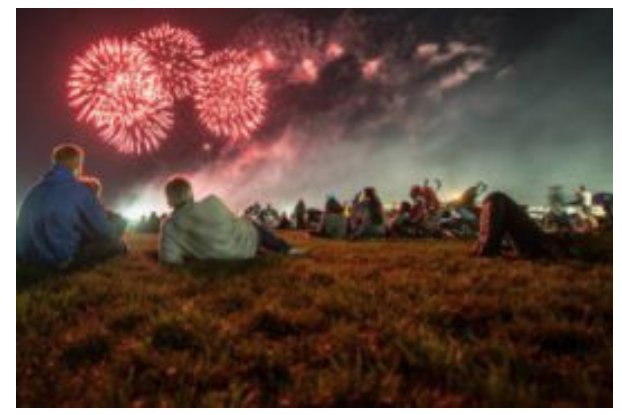 There's a lot to put on your plate this weekend and it's not just dogs and burgers - as usual, ABQTODO is a good place to begin exploring your options: Celebrate Freedom 4th at the Balloon Park, a 4-mile run, fireworks, the 16th Annual Pork and Brew, music at the ABQ Museum, home games at the Isotopes Park, Artwalk downtown, parades in Corrales, etc. 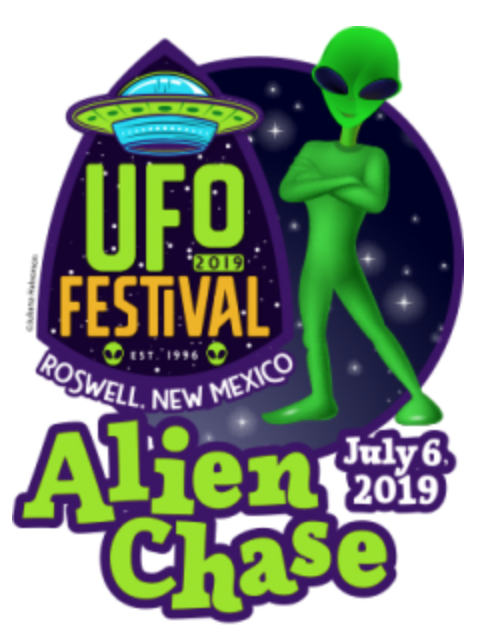 Headed to Roswell for the weekend?...2019 UFO Festival - DETAILS HERE

SO WHAT ABOUT THAT SONORAN DOG? 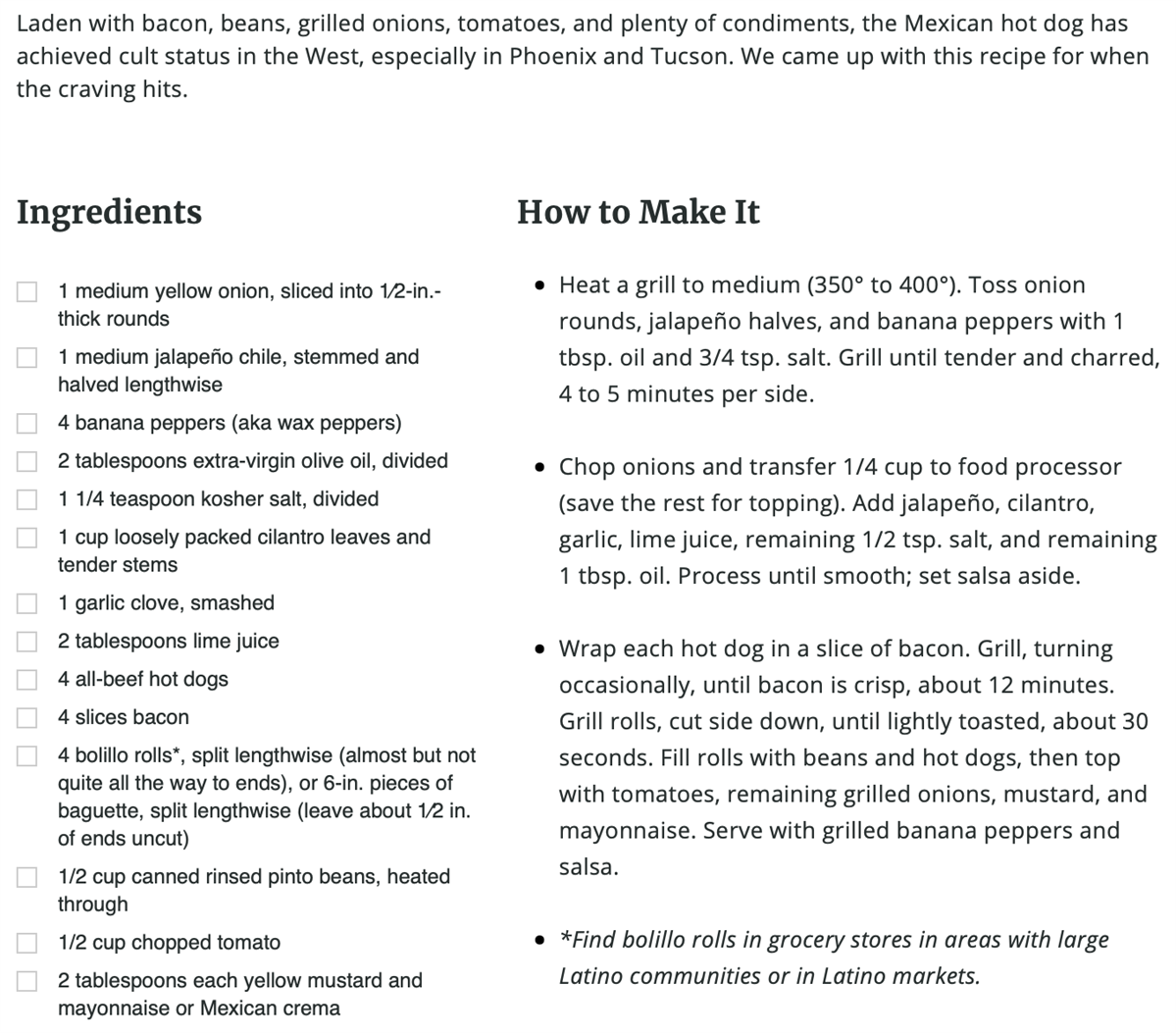 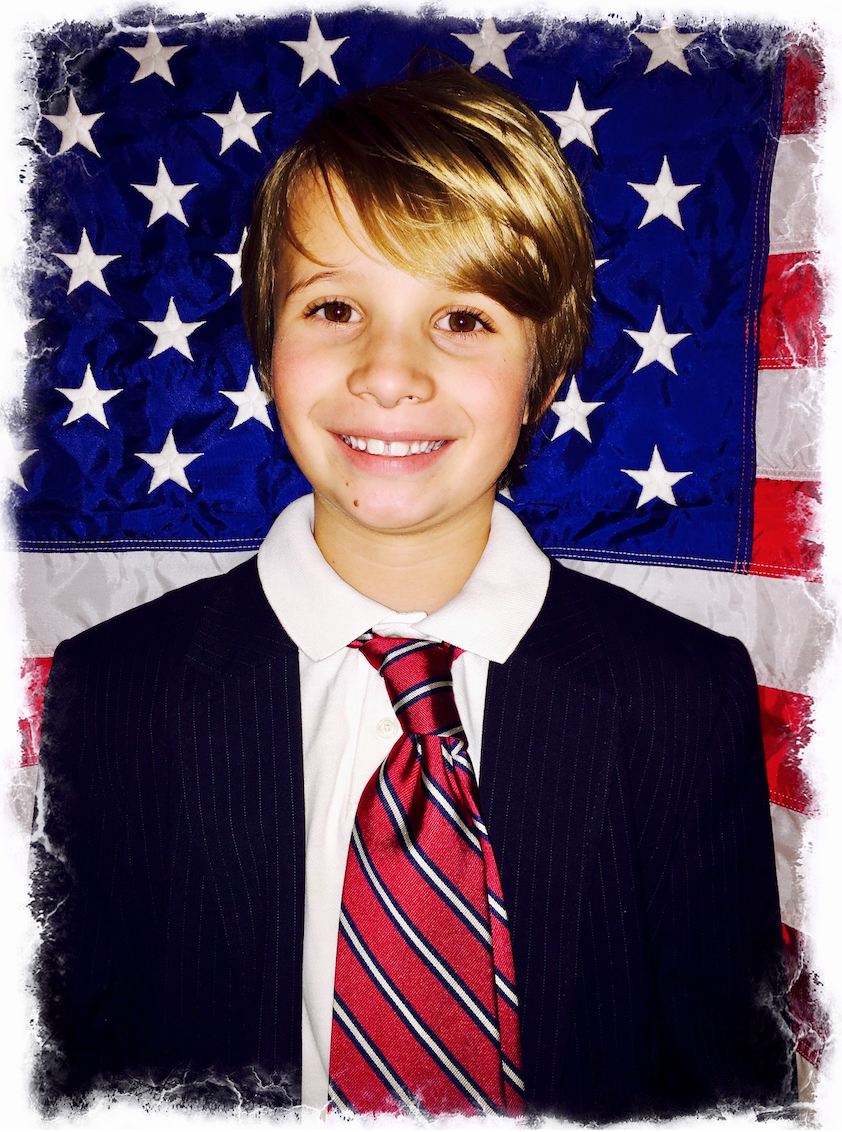