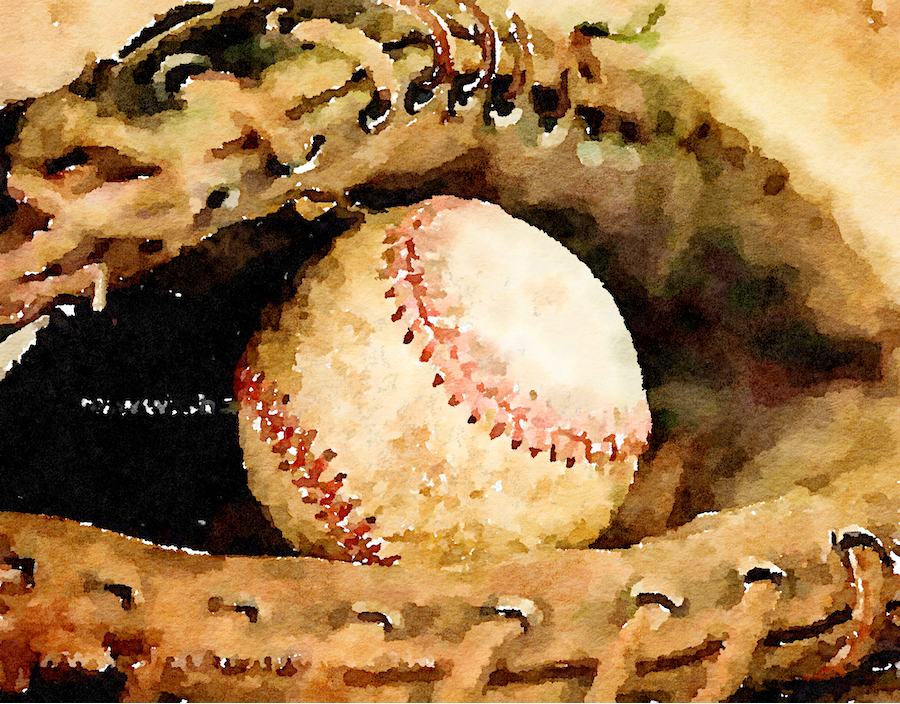 Pictured above: Home of the Braves 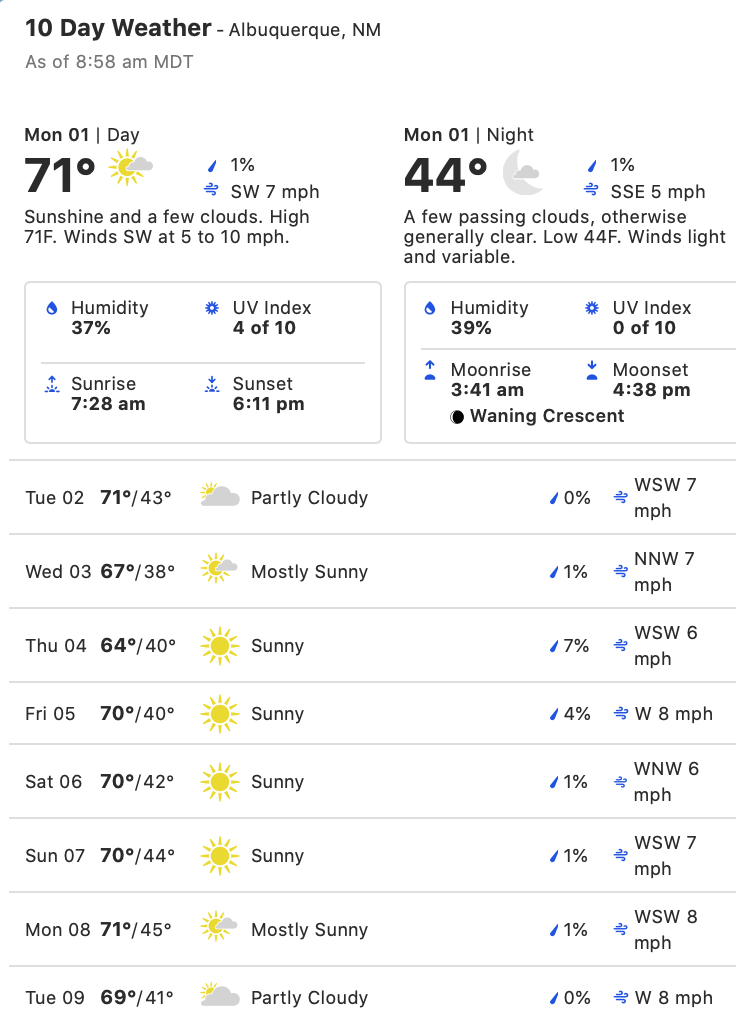 This isn't exactly the time of year to "gather your rosebuds while ye may" - but it might be a good idea to "make (whatever) while the sun shines." It looks like we're moving into nightly lows in the 30s next week and that's the ballgame, as they say. Sunny skies and beautiful foliage - take a drive up Rio Grande and continue on to Corrales. The view upriver is stunning, as is the 25mph drive on Coors through the village.(Stop at Hannah & Nate's or Indigo Crow if you're hungry, or Ex Novo if a beer sounds good!)

Where's Joe? A: In Glasgow, at a landmark climate summit where Boris Johnson is pushing a global end to the use of coal. The other Joe (Manchin) is in DC going through the two deals this week with a fine-tooth comb. Hard to believe WVA  produced two senators as antithetical as Manchin and Robert Byrd....

Neck and neck. That's how incumbent Terry McAuliffe (D) and challenger Glenn Youngkin (R) are described on the eve of the Virginia gubernatorial race. Virginia's race, just one year into the Biden presidency, is viewed as an indicator of how the Dems may fare in next year's midterm elections. A race to watch...

5 million and still counting. Reported Sunday night, the Covid death toll has reached 5 million worldwide. It was only a little more than 6 months ago (4/17/2021) that we reached 3 million, followed by the 4 million mark in early July. How did we allow a pandemic to become partisan?  The consequences in red and white: the worst forms of Covid are increasingly concentrated in Republican led states. The Blues are outpacing Reds in vaccination rates - 86% vs 60% as of early October (NYT, "Red Covid").

Game 6 of the World Series. I'm rooting for the Braves, and hoping if they win, they'll do the right thing: 86 THE TOMAHAWK CHOP. Hank Aaron, once embraced as a poster boy for racial reconciliation, sadly witnessed Georgia as the poster state for racism and voter suppression two months before his death in January. So, here's my wish/bet, on a wing and a prayer, the Braves take the Series and drop the chop.

Saturday morning, Downtown. Support your local farmers market. This happens to be my fave, but there's also one in Los Ranchos. Sundays you have a choice of either The Railyard or Corrales.

The i's Have It

Click: HERE  to find 72 Voter Convenience centers where you can in-person vote or hand in your absentee ballot tomorrow.

I had this at a friend's recently. The recipe is from a NYC soup restaurant and the key is NOT to overcook the salmon. Serve with a tossed green salad and see iImbibe below if you can't find an Acacia Chardonnay. 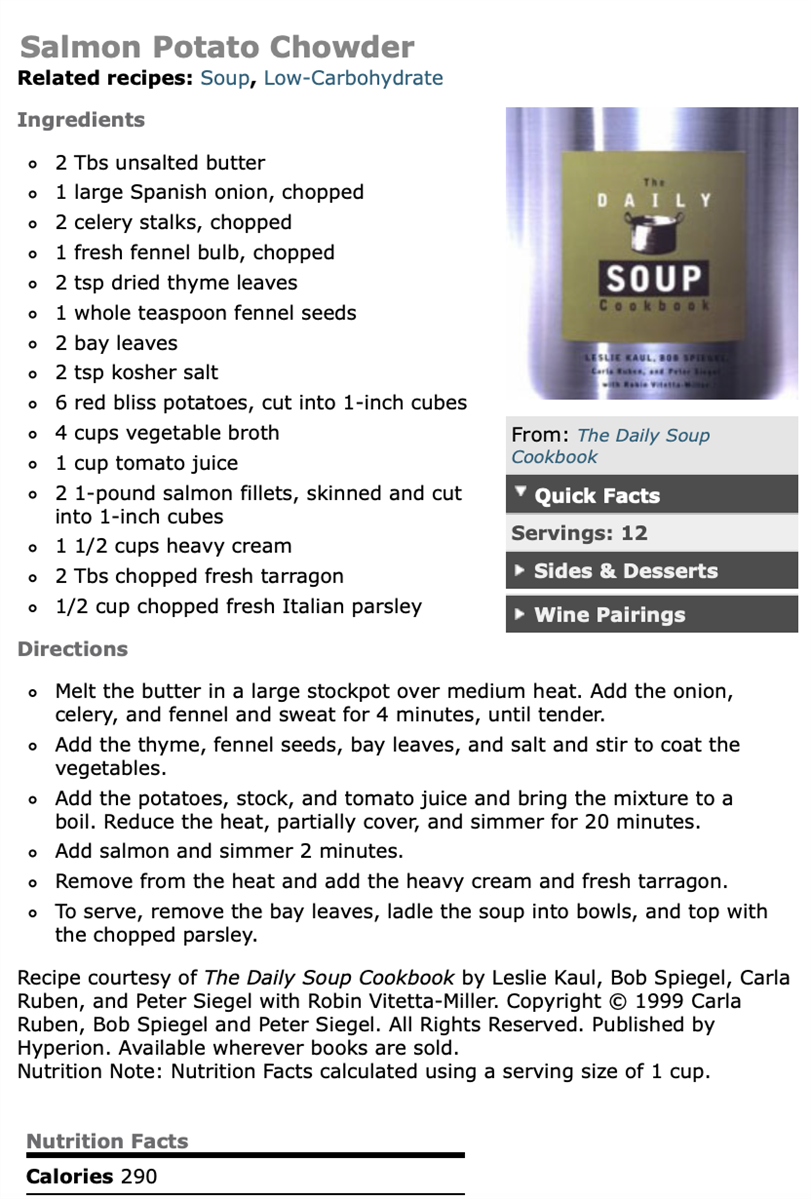 Try this with an appetizer: read [or re-read] the book 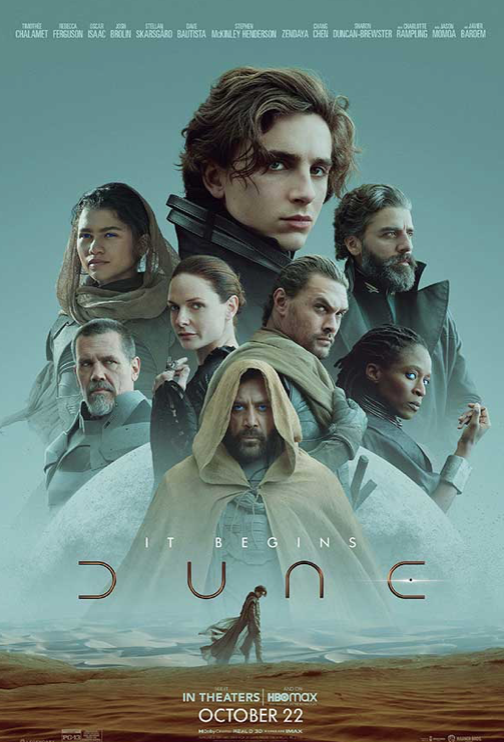 You can stream this through Nov. 21st on HBO Max or catch in in the theaters - if you choose the latter, please take a mask!
I read DUNE so long ago, I can only rely upon what the critics have to say on how this differs - but it was my first-ever science fiction read and has always had a special place in my mental library.

NYT Review: A Hero in the Making, on Shifting Sands

The Book: Frank Herbert's 1965 classic is available through the Rio Grande Library, in paperback and Kindle at amazon, and maybe on a relative's bookshelf.

ps from CNET:  "Having premiered to (mostly) critical acclaim at the Venice and New York Film Festivals, Dune hit theaters Thursday, Oct. 21, and debuted the same day on US streaming service HBO Max.  It quickly became the biggest hit for Warner Bros. in the pandemic era, and Warner has now confirmed a sequel. Part Two will open in 2023..."

How does this author continue to be so amazingly original? 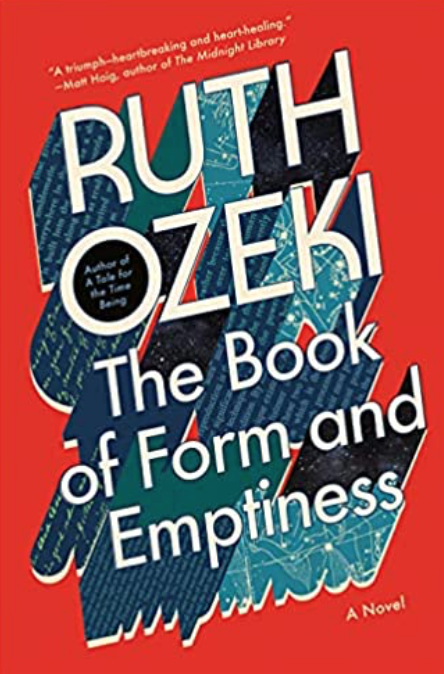 A boy who hears the voices of objects all around him; a mother drowning in her possessions; and a Book that might hold the secret to saving them both—the brilliantly inventive new novel from the Booker Prize-finalist Ruth Ozeki

One year after the death of his beloved musician father, thirteen-year-old Benny Oh begins to hear voices. The voices belong to the things in his house—a sneaker, a broken Christmas ornament, a piece of wilted lettuce. Although Benny doesn't understand what these things are saying, he can sense their emotional tone; some are pleasant, a gentle hum or coo, but others are snide, angry and full of pain. When his mother, Annabelle, develops a hoarding problem, the voices grow more clamorous.

At first, Benny tries to ignore them, but soon the voices follow him outside the house, onto the street and at school, driving him at last to seek refuge in the silence of a large public library, where objects are well-behaved and know to speak in whispers. There, Benny discovers a strange new world. He falls in love with a mesmerizing street artist with a smug pet ferret, who uses the library as her performance space. He meets a homeless philosopher-poet, who encourages him to ask important questions and find his own voice amongst the many.

And he meets his very own Book—a talking thing—who narrates Benny’s life and teaches him to listen to the things that truly matter.

With its blend of sympathetic characters, riveting plot, and vibrant engagement with everything from jazz, to climate change, to our attachment to material possessions, The Book of Form and Emptiness is classic Ruth Ozeki—bold, wise, poignant, playful, humane and heartbreaking.

The perfect wine choice when you don't know what your host is serving... 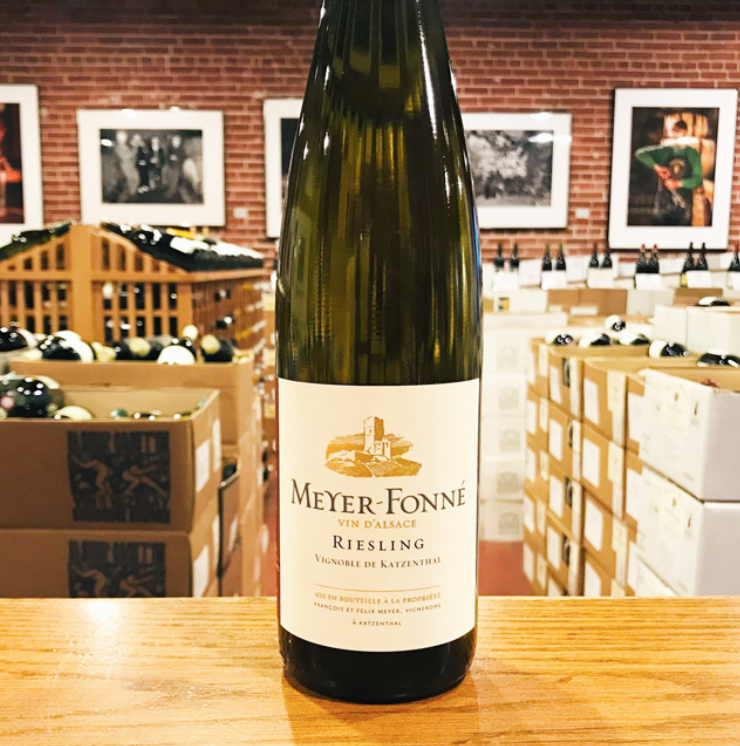 A dry Riesling is often referred to as a sommelier's favorite (although a light Beaujolais is beginning to poach some of that "terroir.") because it pairs well with a seemingly inexhaustable list of food choices. Confession: I have always  struggled a bit with imagining "Riesling" as "dry," in the same sentence. But that was until I tasted this little pup on Saturday evening. I was looking for an Alsatian Pinot Gris when I stumbled upon this and decided to give it a spin. YUM!! It went beautifully with the delicious Asian inspired recipe for Black Cod our host served.

Here's what Kermit's president, Dixon Brooke, has to say about it:

"From the granite slopes surrounding the Meyer family’s property in Katzenthal, the Riesling “Katz,” as we call it, is a beautifully linear and chiseled style of Riesling, fresh and pure. It kicks up the notions of stony flintiness a notch or two from their Réserve bottling that is a blend of diverse terroirs."

Truth be known, I am such a fan its Berkeley CA wine importer Kermit Lynch, I named my cat after him. 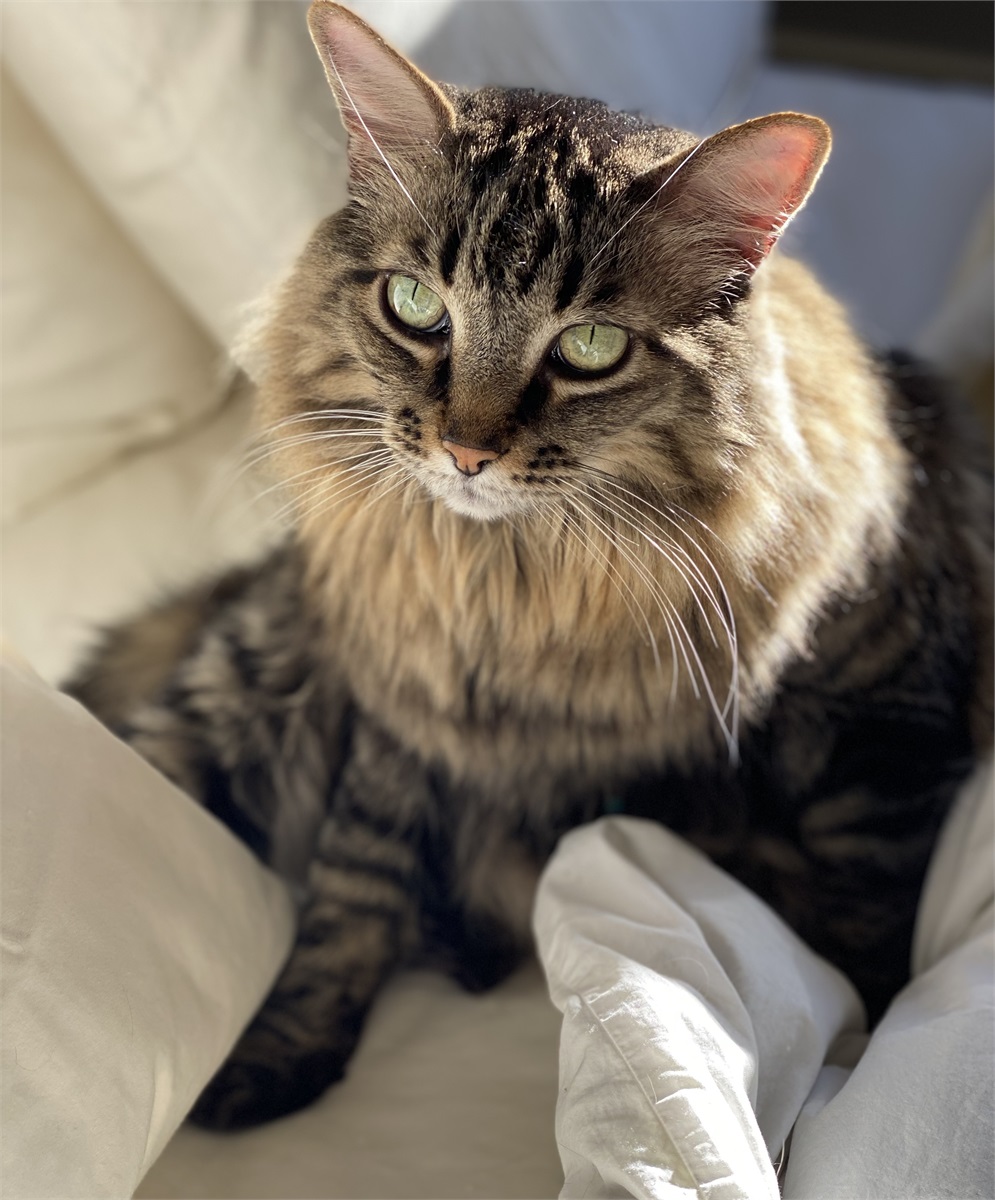 Meet the other Kermit Lynch...

3. or is it simply an adjective modifying a mistake? 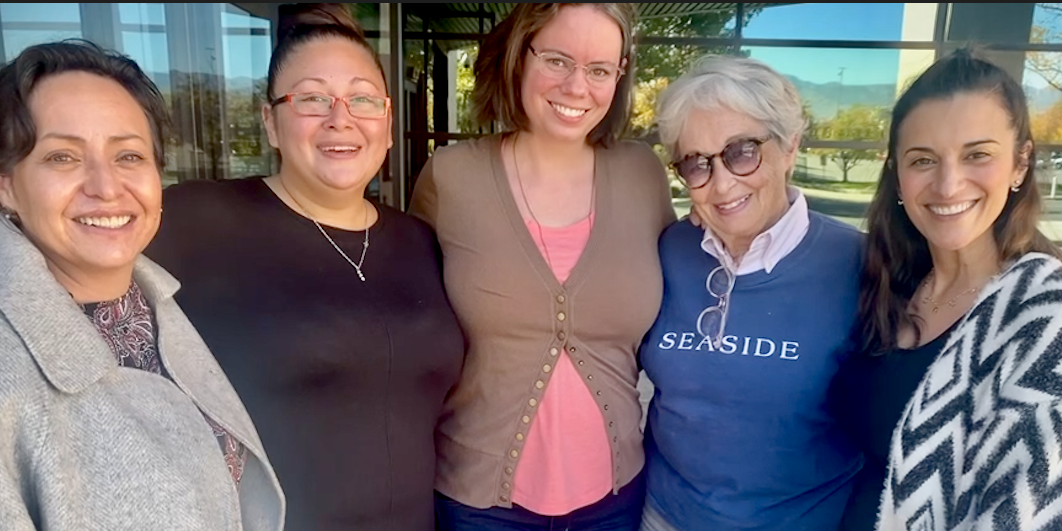 Q: Can you name everyone in the picture above?

Lisa's the new kid on the block, so we haven't posted a bio for her yet - but if you're wondering about the rest of this motley crew, visit our website. 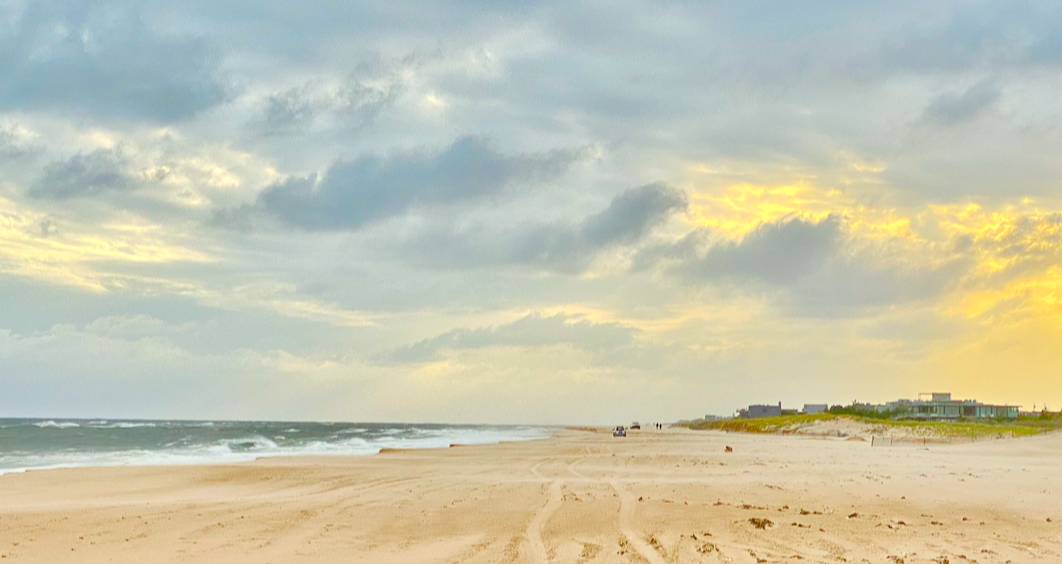