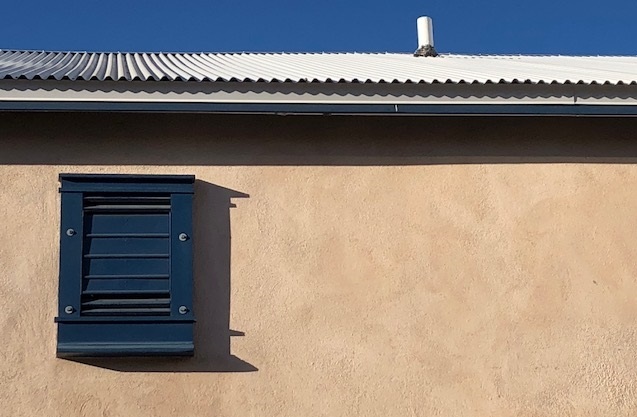 Pictured above: Somewhere in Tucson 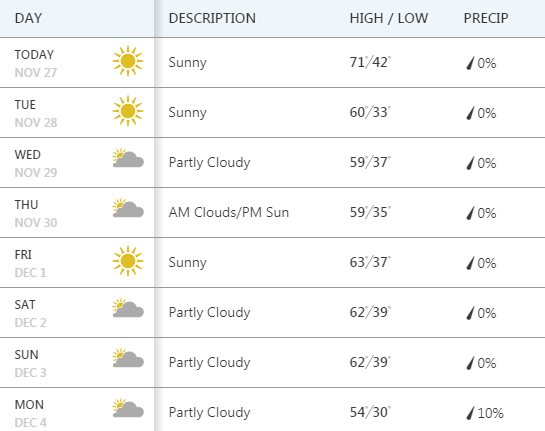 Time to unpack your woolies! Temperatures dip into freezing territory this week - I don't know about you, but I'm not ready to bid adieu to this glorious Fall weather. After a blistering summer, we were due some great weather and indeed, we got it. With December right around the corner, I guess we should count our blessings and pull out some layers for lo que viene.

We all have skin in the game on the so-called Tax Reform bill, but how many of you have moved beyond the political bickering to take a good hard look at the meat and potatoes being dished up? At the moment, it looks to me like Corporations: 1  Individuals: 0, unless of course you happen to be in that infamous top 2%. At the moment, the content and the commentary on "tax-relief" is a moving target, and an ill-defined one at that. We haven't had significant tax reform since 1986 and people seem to agree on the following, regardless of political party: 1) we're overdue for it and 2) to remain globally competitive, we need to lower corporate taxes. (For the record, I am not in total agreement on the latter - let's see, when all is said and done, how corporations pass along tax savings to their employees..one of.the much touted byproducts of the corp tax cut is allegedly higher salaries. For whom?).

Here's a "problem": the benefits don't outlast the negatives and the biggest negative is how this impacts the Deficit.In days of yore, tax reform was a good news, bad news story: in order to get some benefits, there were sacrifices that had to accompany them - otherwise, you fell short of "revenue neutral" and the victim was the Deficit. Okay, maybe a simplification - but that was the concept. If you gave someone a tax break, there needed to be increased revenue elsewhere or budget cuts to offset it. Otherwise, there was nothing to pay for the benefits.

There is tremendous pressure to take one for the Gipper, so to speak and get this pup (by that, I mean dog) passed before Jan 1. So we're seeing all sorts of odd stuff in this bill - perhaps the most eggregious is stuffing in changes to the ACA to raise some dough. What's up, Doc? Correct me if I'm wrong but didn't the current administration already fail to repeal the ACA? Why on earth are they knitting it into the fabric of Tax Reform? And really, wasn't it all about shrinking the deficit, Alfie???

Stay tuned: if there's a vote this week, Jeff Flake, John McCain and Susan Collins are going to be on the hot seat. Again. Add Bob Corker to that mix. ( CLICK HERE to read Frank Bruni's opinion piece in the NYT this weekend.) In the spirit of balancing points of view, one can look at the stock market's performance YTD and I suppose consider that some type of barometer for the State of the Union.

On Friday, at 6 pm, Albuquerque will swear in #28 (or #30, Martin Chavez and Harry Kinney served as mayor on two non-consecutive occasions) - and Richard Berry will hand the reins over to Tim Keller, our new Mayor.  At the same time, our nine city council members will also be sworn in, resulting in a 6:3 Democrat/Republican Council.

First order of business for the new mayor? Selecting an interim Police Chief to replace Gordon Eden whose retirement is effective December 1.

Keller named his transition team last week. According to the Albuquerque Journal,

Sarita Nair, who currently serves as chief government accountability officer and general counsel of the state Auditor’s Office, will be leading the transition team.

Other co-chairs of the transition team are:

Keller said he also planned to appoint 10-person transition teams for each department and each major issue, so there will most likely be at least 100 people working on the transition.

Mayor- elect Keller has a BIG job ahead of him - but judging from the run off election results (Keller captured 62% of the vote), he has the city behind him and his vision for a more diverse, inclusive and innovative Albuquerque. We wish him all the best and our sincere congratulations.

If you're going to drive, a good rule of thumb is for every four hours drive-time, you earn 1 day of R&R - but I think this is worth a 4-day stay if you really want to get away. Take I-25 south, and exit at Hatch, head towards Lordsburg and pick-up I-10. Without stopping for food or gas, this is a 6-hour trip.

Why you want to stop in Hatch: 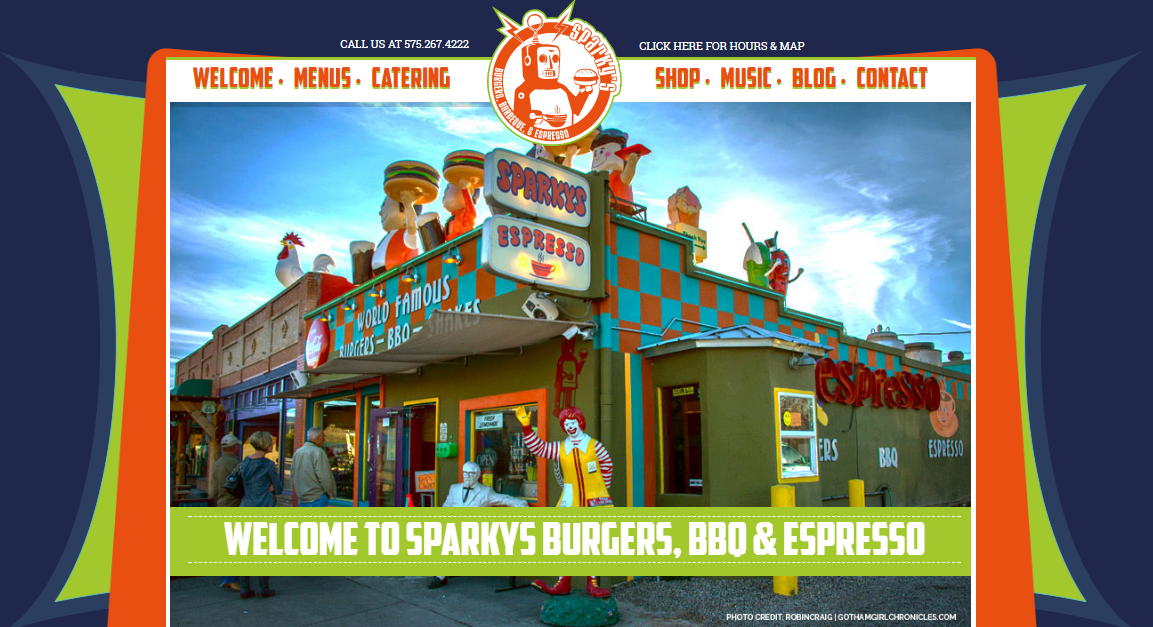 SPARKY'S is FAB! Say all your want about that scrumptuous BBQ, but save room for a Green Chile Cheeseburger - it is a 10 on the Yum-O-Meter! Just as you approach the corner where you turn to head West, this gem is on your right. They are open Thursday to Sunday, so plan accordingly. DETAILS HERE

Why you Want to Stay here:

Isabella Greenway (1886-1953) is to Tucson what Ruth McCormick Simms (1880-1944) is to Albuquerque. If you haven't read Kristie Miller's books on either of these early 1930s US Congresswomen, I strongly recommend both. And we can thank both of these women for two of the finest places to stay in the Southwest: the Arizona Inn and Los Poblanos here in Albuquerque. 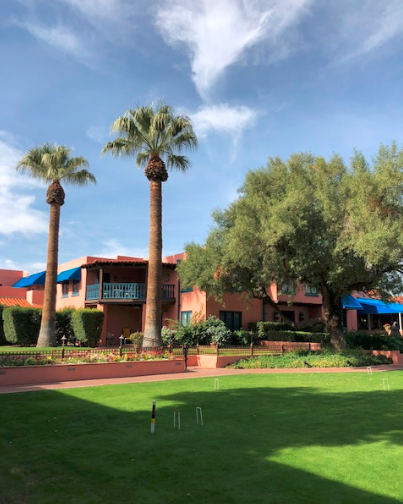 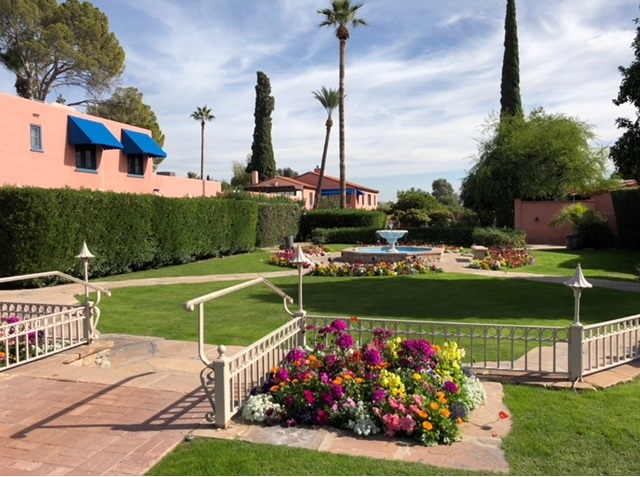 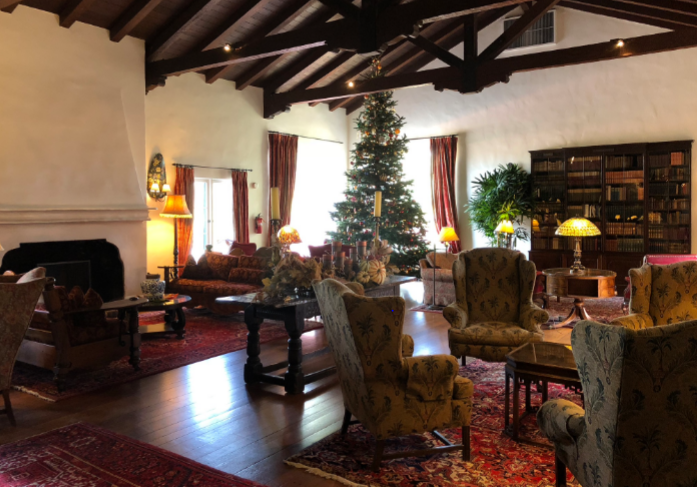 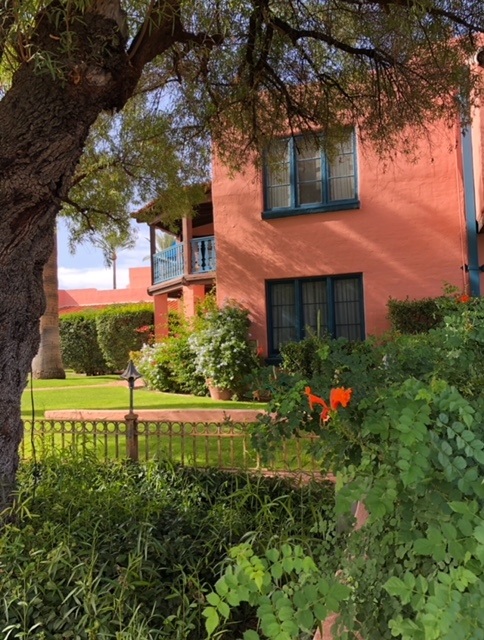 Isabella was a favorite of Teddy Roosevelt, lived for a few years outside Silver City NM where she moved with her tuberculosis-stricken first husband, was a close confidant of Eleanor Roosevelt, later married John Greenway,who fought in Teddy Roosevelt's Rough Riders during the Spanish American War, and founded the Arizona Inn in 1930. Since then, it has remained in the hands and loving care of four generations of Greenways.

The grounds at the Inn are immaculate and guests can enjoy swimming, croquet, tennis on the Inn's two clay courts, a game of badminton or a peaceful afternoon spent in a wonderful library in the main building. There is indoor and outdoor dining, a good pool bar, and lots of local spots to explore if you choose to venture beyond the Blenman-Elm historic neighborhood, where the Inn is located - not far from the University of Arizona. 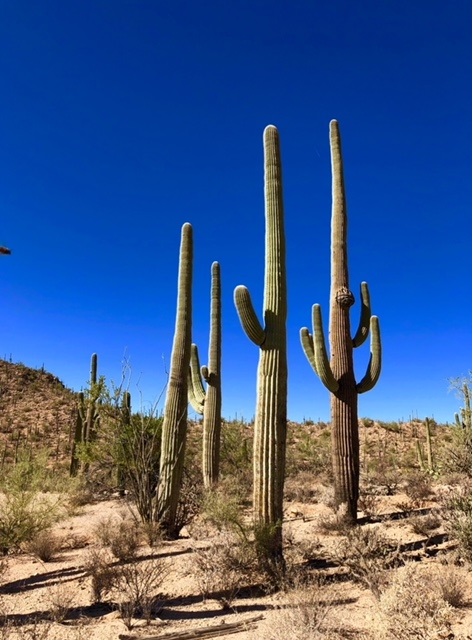 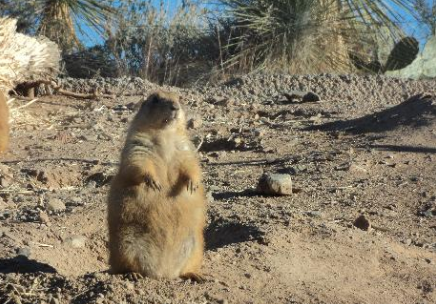 Thirty minutes to the west are the Saguaro National Monument and the Sonoran Desert Museum - both must sees and virtually next to each other, so why not? 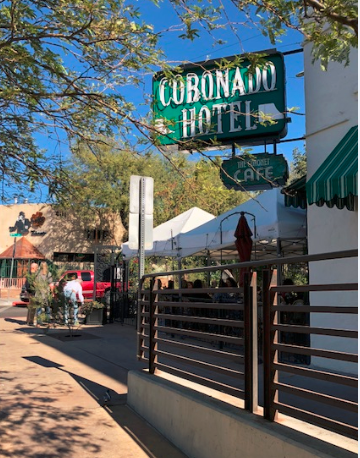 Cafe Coronet at the Coronado Hotel     Must eat: (not pictured) 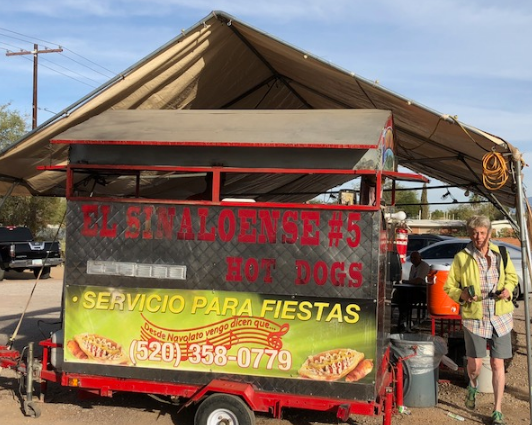 SONORAN HOT DOG with all the fixins 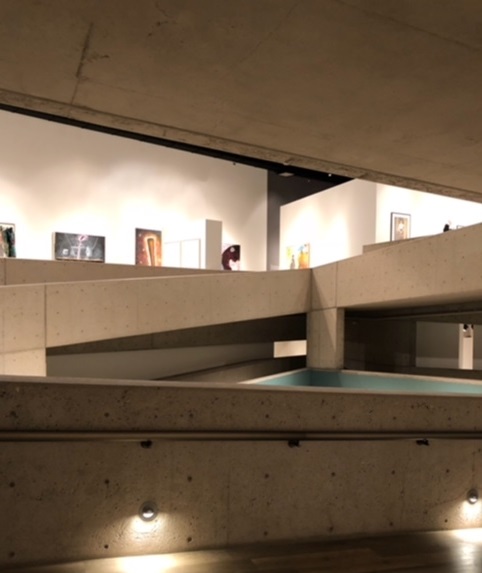 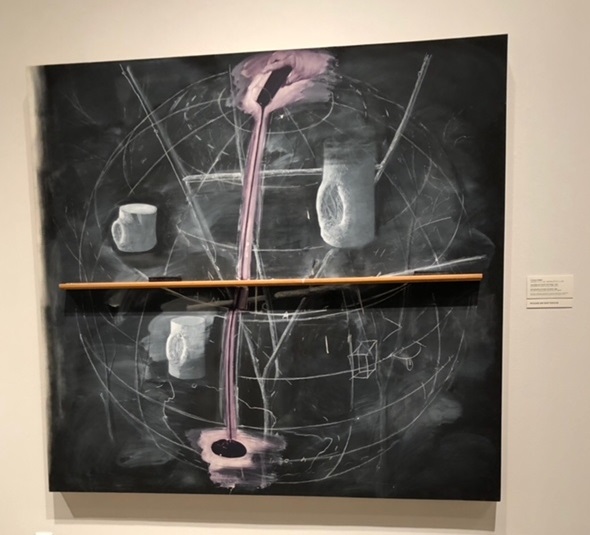 From the Museum's website: "In the summer of 2016, a masterplan was established for the configuration of a new Feature Exhibition Gallery, major reinstallation of TMA’s extensive permanent collection, and new galleries dedicated to TMA’s Historic Block. 20 distinct galleries were established, identifying the museums needs and aligning them with the vision for TMA. Each gallery is devoted to the strengths of TMA’s mission and collection including Art of the American West, Folk Art of the Americas, Asian Art, European Art, Works on Paper, Photography, Folk Art Masks, Southwest Artists, and Modern and Contemporary Art."

If you happen to be a 20th century art afficionado, TUCSON MUSUEM OF ART, in the city's downtown El Presidio District, is waiting to delight you. 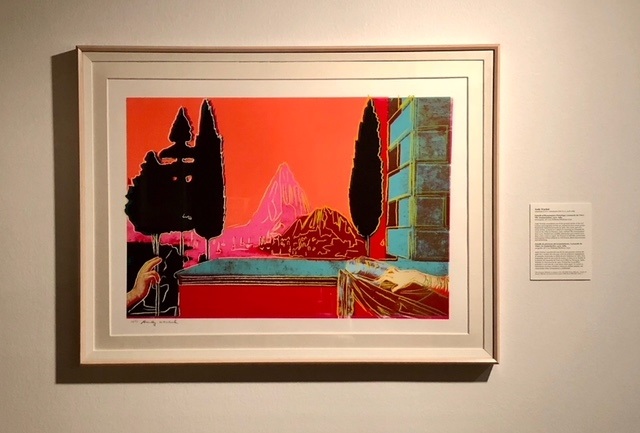 Happiness is a Warm Puppy 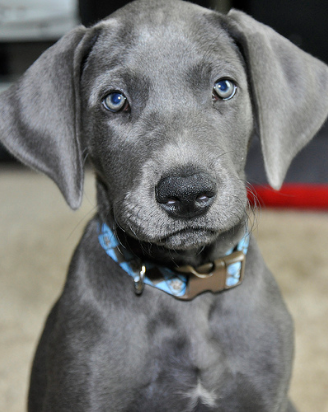