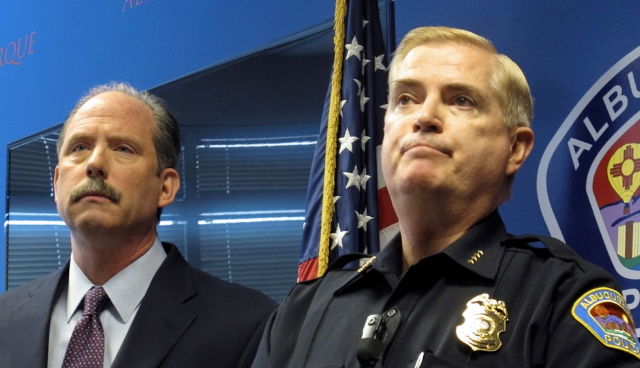 Photo above: On the Way Out (ABQ Mayor Richard Berry and APD Chief Gordon Eden) 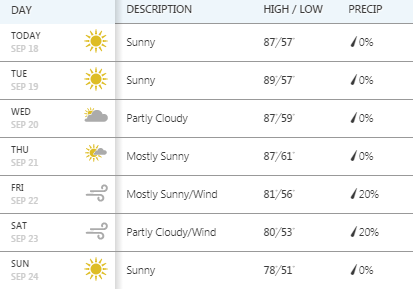 Happy Days are here again - cooler evening temps and a long overdue break from the oppressive heat that has prevailed since late May.

Early Voting finishes up this Friday at 6pm - and according to all reports, so far the turnout has been below expectations. Good heavens!  Albuquerque leads the US in auto theft, ranks 2nd in petty theft/burglaries, #1 in untested rape kits per capita, has the highest rate of teen pregnancy....shall I continue? And people aren't headed ito the polls in droves?

Projections were at 80,000 by this Friday - according to the latest tally, a scant 12, 677 have cast ballots through last Thursday. Okay, so maybe wait for Election Day?  That's Tues, October 3rd. Personally, I find it a lot less of a hassle to vote early: shorter lines, better parking and no risk of missing the opportunity to vote if something unexpected comes up.

What really concerns me is the still large percentage of Undecideds - a good 30%+ of those polled. Is it that they are unaware of the Mayoral Election? With so much at stake, everyone needs to do their homework and chose whomever they feel is the right candidate to deal with our current problems.

The Lead Dogs: On Sunday,   in an unprecedented move, the local paper endorsed two candidates: Brian Colon and Dan Lewis. That's 50% of what would appear to be the 4 "viable" candidates in the race  ( the "other" four -  Garcia-Holmes, Pedrotty, Wheeler-Deichsel, and Chaves - each are polling at less than 5% ). As for Wayne Johnson, he's polling lowest of the 4, and Tim Keller is and has always been the frontrunner by a pretty healthy margin.

It's interesting to consider why that might be the case. The others are pretty much mainstream Democrats (Colon) and Republicans (Lewis and Johnson) - while Keller is viewed as the most "progressive." True, his vision does seem fresh and more innovative, but I think his advantage and why he's the leader of the pack is his appeal to both Republicans and Democrats.  He also has a proven track record for getting things done (first as a 2-term Senator from the International District and currently, as a very effective NM State Auditor). He's also  all about transparency and accountability - words that it seems everyone is throwing around - but for Keller, they aren't words - they are actions.

And perhaps it is also that his vision for Albuquerque resonates with so many: community, fixing problems, taking Albuquerque forward with a more energy neutral and green bias, and a common sense approach to solving our crime problem (e.g., 100% compliance with the DOJ recommendations, de-militarizing APD and returning to community policing, and rolling up our sleeves and getting to work fixing what's wrong so we can enjoy what's right).

So much of the "fixing"  is a matter of priorities - the solutions are there, we just need a leader who is a problem solver.

Please vote - support who you believe is the Best Hope for ABQ - because our current Mayor has a 34% approval rating, no candidate wants to retain the services of the current Chief of Police, and more than half of Albuquerque is still shaking their heads about how A.R.T. ever happened. Our next mayor has a BIG JOB to do.

Your best way to assess the candidates is to see them in action - there are two forums I can direct you to:

ADVANCE PLANNING - it's just around the corner 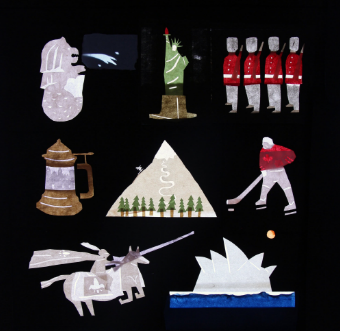 The Best Health Care System in the World: Which One Would You Pick?

Here we are again - another week, another vote and most likely, another defeat.  I read a really interesting article in the New York Times and thought I'd share it: CLICK HERE.

Based on personal experience, I am whistling the Marseillaise, but from a practical point of view, wouldn't it make infinitely more sense to simply tweak what we have? The vast majority of  Americans want Obamacare to stay.(Source: Washington Post, "By a 2-to-1 Margin, Americans Prefer Obamacare to Republican Replacements") Is it perfect? No. Can it be fixed? Yes.

So, if you think it's time to put this debate to bed, since Paul Ryan and Mitch McConnell aren't going to fall on their swords, you might trying a few outgoing phone calls. This is my list:

Disclaimer: Opinions expressed are that of the author and are not endorsed by the named broker dealer or its affiliates.

ELSEWHERE IN THE WORLD

Well, across the pond (as they say), there's a lot going on. Over the weekend, Angela Merkel won her 4th term as Chancellor of Germany and is now the longest ruling member of the EU. She has been quoted as saying it is time for Europe to move ahead on its own as it can no longer rely on the US as a dependable partner. YIKES! One wonders at the resiliency of our institutions and systems, when observing what the Trump administration has done to our reputation abroad in less than 10 months.

Of greater concern is the current war of wills between DC and North Korea - the latter feeling they've been backed into a corner and have little choice other than to launch a missle in our direction. In case you missed this exchange:

On Saturday, Foreign Minister Ri Yong-ho of North Korea said in a speech at the United Nations that the president’s threats were “making our rocket’s visit to the entire U.S. mainland inevitable all the more.”

That is what appeared to have prompted the nighttime tweet from Mr. Trump, who spent the weekend at his Bedminster, N.J., golf resort. “If he echoes thoughts of Little Rocket Man,” Mr. Trump wrote of Mr. Ri, “they won’t be around much longer!” 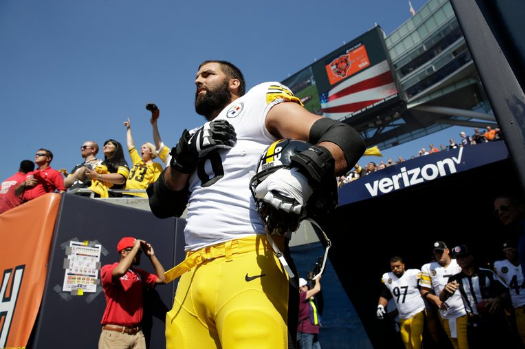 For the record, this West Point grad gets my vote. As Anthem protests swept the country this weekend, this Pittsburgh Steeler stood alone, but Alejandro Villanueva also stood for his principles and while that isn't going to turn me into a football fan, it does give me pause. Read the full story by CLICKING HERE.

And while we're on the subject, here's the LOBO Football Schedule link: GO LOBOS

"There’s nothing wrong with a dinner of pan-seared chicken seasoned with salt and pepper. But there’s everything right about the same chicken when you add anchovies, capers, garlic and plenty of lemon to the pan. What was once timid and a little dull turns vibrant, tangy and impossible to stop eating." 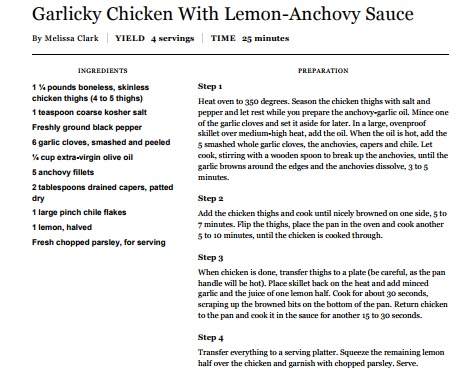 Note: add the anchovy filets and capers when you throw in the garlic and lemon in Step 3

And here's a VIDEO! 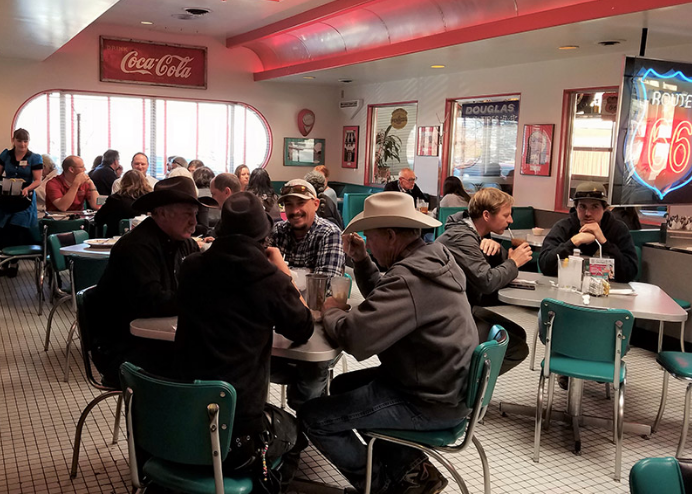 Keep it simple - and FYI: they still have the best Shakes in town.

Q: What is the longest, known,  English language, sentence ever written?

HINT: The author's initials are W.F.

Happiness is a Warm Puppy 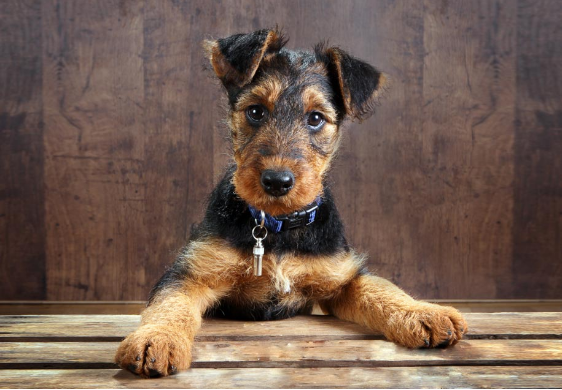