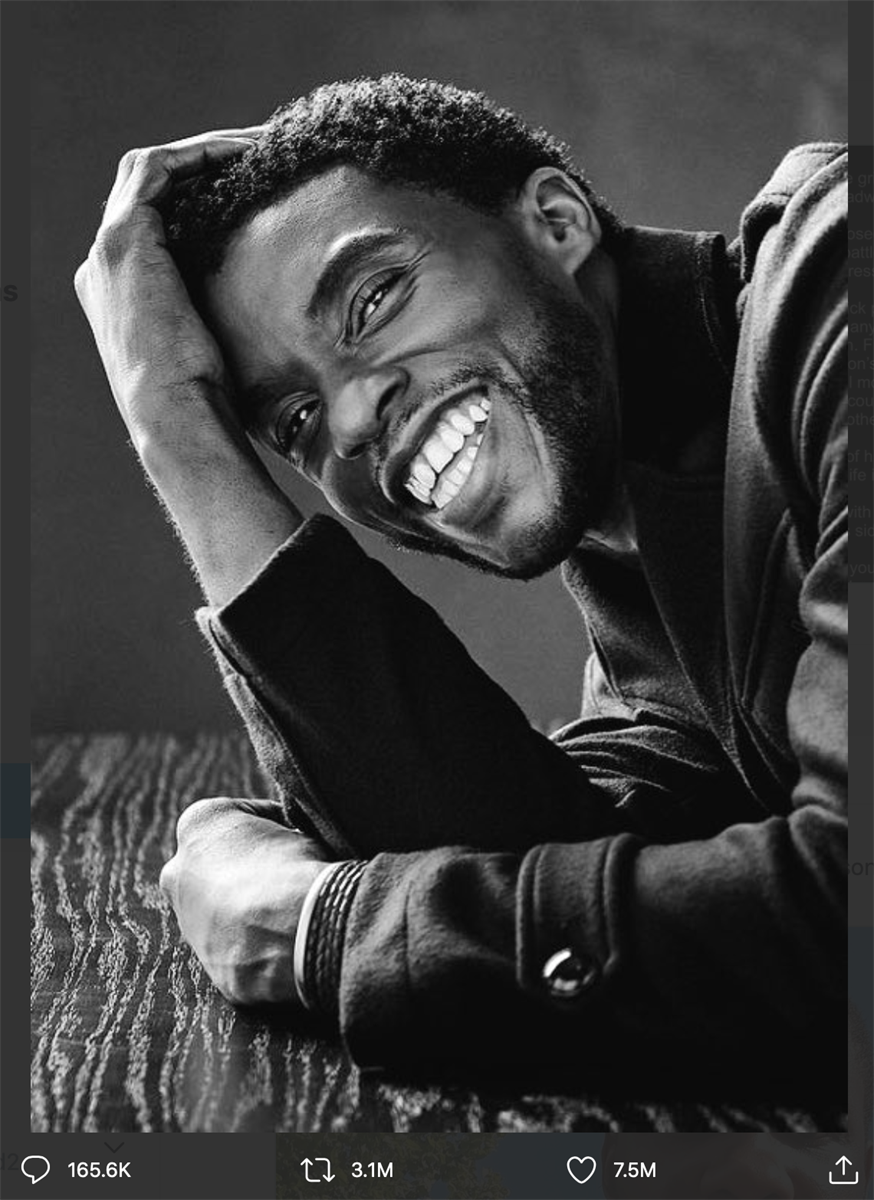 "In times of crisis, the wise build bridges while the foolish build barriers." 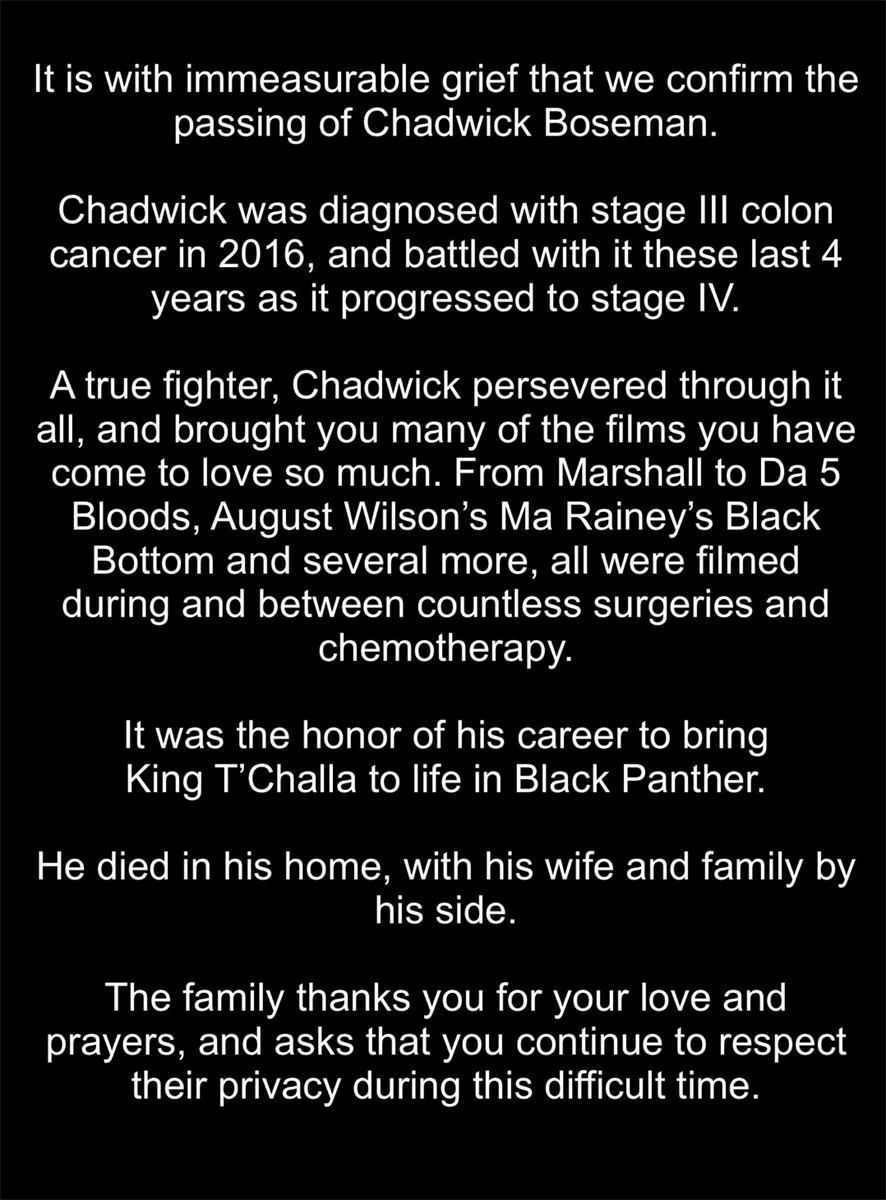 During a year of racial tension and protests against the police brutality of unarmed Black people, how tragic for all of us that three sources of inspiration have left us - Kobe Bryant, John Lewis, and Chad Boseman.  “These are pillars in our community,” Rev. Al Sharpton said. “In times of instability, you depend on pillars. It’s bad enough when there’s a storm outside and you hear the lightning and thunder. It gets worse when the pillars that you’re building and standing on (are) shaking. It’s like they’re chipping away at our foundation.

Editor's Note:  At a time when The Movement for Black Lives and this country need heroes, an enormous loss. Person, not party - Hope, not hate: Chad Boseman reached across the BIG Divide and touched us all.

Chadwick Boseman's Final Tweet Before His Death Was in Support of Democratic VP Nominee and Fellow Bison, Kamala Harris 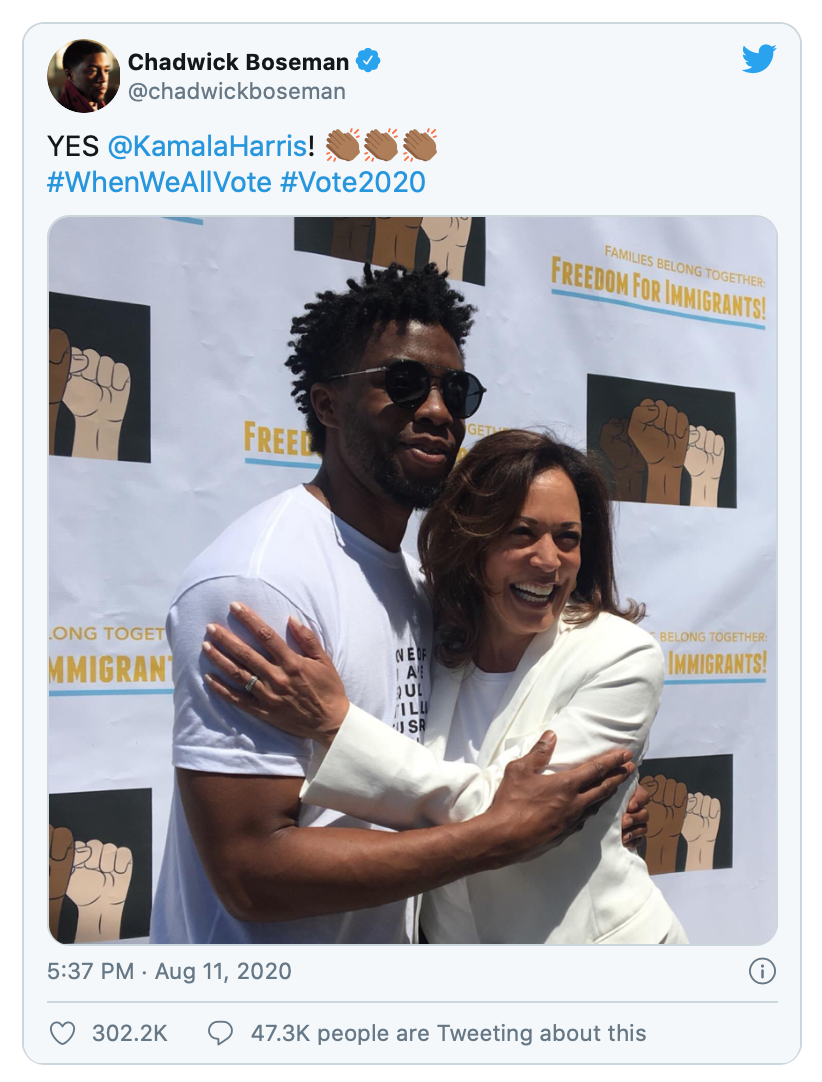